Another surprise twist on Survivor? Well, it was a Wednesday, right?

In a doubly dangerous turn of events, host Jeff Probst threw yet another curveball at this season’s castaways when he split the merged tribe in two, forcing each team to go to Tribal Council separately. As a result of the double elimination, Shan and Ricard cut ally Naseer (flushing his unused idol in the process), while Danny, Deshawn and Liana finally took out a target that had been high on everybody’s hitlist since the merge: Evvie. (Read a full recap of Episode 9 here.)

Here, TVLine talks to both eliminated players (in separate conversations) about Season 41’s crazy twists and turns, losing trust in supposed allies and what their plans would have been had they survived the night.

TVLINE | This season has been filled with twists, turns and advantages. What surprised you the most?
EVVIE JAGODA | I foolishly assumed that Survivor operated under linear time, so that was surprising to me! I didn’t see that coming. You have to expect the unexpected, but when Jeff tells you you have immunity, normally you have immunity. [Laughs]
NASEER MUTTALIF | I love all the twists and turns and tricks, but I was surprised Evvie and I went out. In Survivor, if you assume something, nothing will happen. Don’t set your mind to something, or it isn’t going to happen. Always go in open-hearted, ready for anything and give your 110 percent. If you go in with that mentality, you can enjoy and appreciate it and play hard.

TVLINE | When Jeff announced the two Tribal Councils, what was going through your mind in that moment?
JAGODA | I was so scared. Ever since the merge, I’d been playing hard as Public Enemy Number 1, and the biggest threat to get out. I had really turned it around. Coming out of the Tribal Council where Tiffany got voted out, everyone was talking to me. Deshawn tells me, “I’m looking for a new team.” I sit down with Erika, and she’s ready to flip things around, and Shan and Liana were also saying they wanted to work with me to go against the guys. My relationship recovery tour was actually successful, and then for there to be this twist that forced me back into the cage was really rough. It was unfortunate. The second I pulled that rock and saw who I was with… give me a freakin’ break! Do I have to be with Danny and Deshawn [after] every single one of these rock draws? It is what it is, and I do feel like you can get screwed by a twist in some sense, but I also think there’s always a way out. I couldn’t pull it off this time, but you always have a shot!

TVLINE | Naseer, walk me through the decision to not use your idol last night. Did you feel 100 percent safe at Tribal?
MUTTALIF | That was the only time I felt comfortable, and that was the night I went out! When you feel comfortable, you stop thinking. I knew I was in the bottom from Day 1, the minute we got to the island. When you’re not trusting each other, then your eyes and ears are more open, but when you trust someone… you should never trust anyone on Survivor! [Laughs] That’s the biggest mistake I made. I wasn’t naïve! I knew exactly what was going on. I was on the bottom and played every single day according to the day. Sometimes, you just need to take it one day at a time.

TVLINE | Let’s say you survived last night’s vote. What was your plan for the rest of the game, and did you have a Final 3 in mind?
MUTTALIF | I know I was the biggest target there, because I was a threat. I was so loyal and was a solid alliance number for Ricard and Shan, but that wasn’t the right time for them to blindside me. They should’ve kept me one more day. Then, I was thinking after that, I had my idol, so if I didn’t win the next challenge, I could’ve used my idol [next time].

I could’ve taken anybody to Final 3. I didn’t know exactly who I wanted to go with because we still had some days to go, but I know that if I was sitting with anybody out there, I was getting that million dollars. They knew that too, so they played well. If I’m sitting with Shan or Ricard, I had the vote from the jury, for sure. I didn’t backstab anybody, I provided, I played a loyal game, I was happy and I didn’t throw anybody under the bus. They could see I was a big threat. 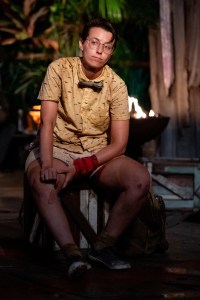 JAGODA | I was so ready to flip the game on its head. Shan was clearly running the game. Everyone was coming to me: Erika, Heather, Naseer, Xander, Deshawn. They were all like, “Let’s make a move on Shan.” I was going to try to play the middle as far as I could. If people were down to make a move on Shan? Hell yeah. If Shan still had the power and wanted to take out Erika? Hell yeah. For me, it was all about staying in as far as I could until I could finally get a group together.

TVLINE | Naseer, did you have any inclination that Shan and Ricard were going to flip on you?
MUTTALIF | No. The way I grew up in my country [Sri Lanka], religious leaders are trustworthy, so that’s the only reason I went [with Shan], but I didn’t know she was a Mafia pastor! [Laughs] But that’s the beauty of the game, right? You [have to do] anything you can do to stay one more night. That’s how the game should be played. It was a classic blindside. Am I sad? Yeah. But at the same time, that’s the game! You have to have thick skin to enjoy the moment.

TVLINE | Evvie, how much did you trust that Deshawn at that point in the game? For a hot second, it looked like he was going to side with you.
JAGODA | I honestly did have a lot of trust going into that Tribal. We had a relationship since Day 4 or 5 when we went on that journey together. We did both want to work together at the merge. The night before Tiffany got voted out, he came to me before Tribal and was like, “Listen, we’re playing similar games, we can shield each other, let’s do some damage.” I was thinking, “Hell yeah!” He came to me the next day and told me he would never write my name down, so I did have a lot of trust in him. Unfortunately, Deshawn was there with Danny. Honestly, I think Deshawn was considering it, but ultimately the Black players in the game formed an alliance based on something deep and important to them, which I completely applaud them for, so it makes sense to me that Deshawn wouldn’t be willing to both turn on Liana and piss off Danny, two of his core alliance-mates.

TVLINE | And how about Liana? When did you feel her start to go astray?
JAGODA | We get along really well, and have a lot of the same values in life. I really love her. We were working together all throughout Yase, but as you saw in the merge episode she said, “Evvie always wants to chill when I want to go hard.” It became clear that she always wanted to make the big move, while I thought more long-term. We didn’t view the game in exactly the same way. Also, you have to remember: Liana wanted Xander gone on Day 5, and we didn’t merge until Day 12. There was an entire week of both being upset that he was still there and getting personally frustrated with him. If we did lose the challenge, we obviously wouldn’t have wanted Xander to use his idol and would’ve voted him out, so Tiffany and I were always pretending we were with him. Which Liana knew was an act, but seven days of having to pretend to be on the outside is frustrating, and I think it really got to her.

It makes sense to me that Liana and Shan connected the way they did being the two Black women in the game. But when we got to the merge, there were four Yase, two Ua and six Luvu. Obviously, we should’ve come together against Luvu, and Shan was down for that, but then Liana started throwing out Xander’s name. Why would I give up one of my closest allies in the game? Ultimately, that’s where it fell apart. 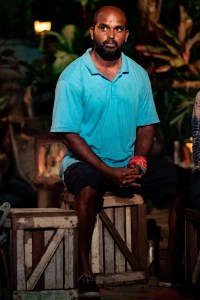 TVLINE | Speaking of Xander, why didn’t he play his idol for you?
JAGODA | Honestly, I never expected him to play his idol for me in that moment, since he didn’t play it for me at the merge vote. He’s at the bottom and knows he needs that idol going forward. I don’t blame him for that, and I hadn’t been the perfect ally to him. But I wish I had known about that conversation he had with Danny. It was pretty obvious watching it back that Danny was not with us, and if I had known that, I would’ve tried to encourage Xander to play the extra vote. If he had played the extra vote on Liana, it would’ve been a 3-3 tie, and if we kept tying, Liana and I would’ve been immune, and Danny and Deshawn would’ve had to pull rocks. I think that was really the biggest misstep.

TVLINE | Of the contestants left, who’s playing the best game right now?
MUTTALIF | As of now, Deshawn is very strategic, but he’s getting a little emotional. I would say… Ricard. He’s very clever. We still need one or two more weeks to see what’s going on. It’s not easy to say yet because anything can happen on Survivor… it happened to Naseer! [Laughs]
JAGODA | I think a lot of people are playing good games. What’s cool about this season is the people that are considered the biggest threats are not necessarily the physical threats. It’s really the social players. I always perceived it as me, Deshawn and Shan. We had different personalities and approaches, but we were all playing the same game at our starting tribes. We were the center everyone was telling the information to, so I definitely think both of them are playing great games. Deshawn especially, I have to say. I thought he was with me that day, so kudos to him for taking me out. Going into the game, I was hoping I could be under the radar and peak when the time was right. There are a lot of people left in the game that could potentially do that, so watch what happens!