The titular Marvelous Mrs. Maisel may be a comedian, but the yuks are sparse in the show’s first Season 4 photos.

The new shots, which Prime Video released Monday, show Midge looking rather melancholy, stretched out on a sofa in what appears to be a showgirls’ dressing room. Surrounded by sequins and feathers, and wearing her familiar black cocktail gown stage outfit, might Midge be getting ready to go on/contemplating her life choices thus far?

She’s got good reason: At the end of Season 3, Midge lost both her spot on Shy Baldwin’s tour (for speaking too frankly about his sexuality during her set) and her apartment (thanks to Susie’s gambling problem). It makes sense that Midge would take whatever job she could get in the aftermath; might we be witnessing a down moment between shows?

The second photo, however, is much happier: Abe and Rose enjoy TV dinners and look quite pleased to be doing so.

Scroll through the photos below to get your first good look at the upcoming season, then hit the comments with your thoughts and predictions! 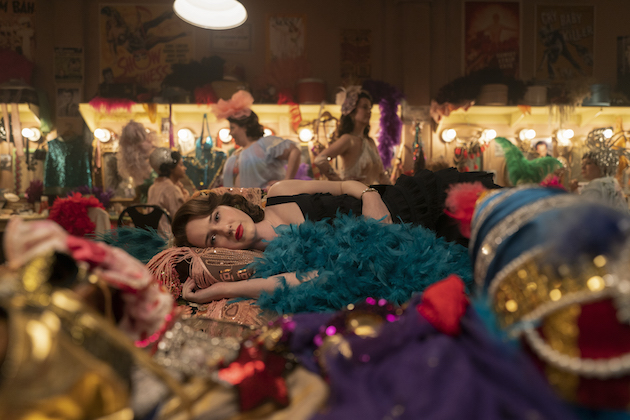 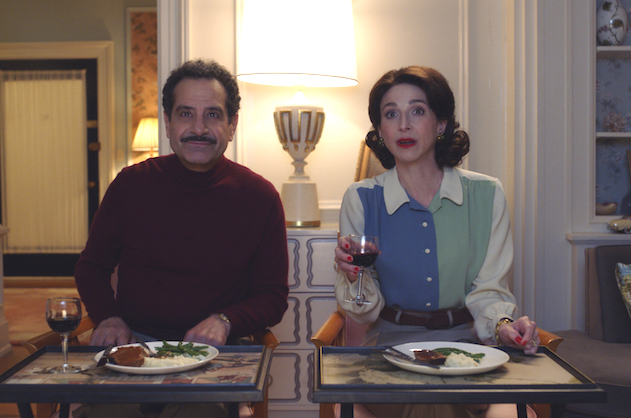