THE PERFORMANCE | All season long on HBO’s riveting prestige drama, Kendall Roy has been on a crusade to take down his father Logan, confidently charging forward at a breathless pace and rattling off dense torrents of corporate buzzwords. But behind all that bravado, there’s a scared, vulnerable soul, and Strong gave us a devastating glimpse at that soul this week when Kendall was floored by a betrayal from his own sister Shiv.

Kendall started the episode riding high, brimming with excitement as he trashed Waystar’s new direction to a reporter and attended a swanky event with Naomi. But Strong allowed a sliver of doubt to cross his face as Kendall heard someone tweet about his mental health issues — before quickly laughing it off. Kendall is always eager to let everyone know he’s in on the joke, and Strong was borderline frantic as Kendall embraced a late-night host making fun of him, even while his friends were cringing. Strong also played up the ridiculous side of Kendall, annoying the late-night show’s writers with joke pitches of his own. But it was all a desperate effort to control his public image… and that effort came crashing down when his sister Shiv released a statement labeling him as a drug addict and absentee father.

His reaction to that gut punch was Strong’s best work so far this season: Kendall tried to bow out of his late-night appearance, but a producer convinced him to stay, and as he walked away from her, Strong’s easygoing smile slowly faded, step by step, into a concerned frown as Kendall made his way down a long hallway. It was an excruciatingly gradual shift in emotions, like we were watching his heart break in real time, and Kendall ended up crouched in a ball in a back room all by himself, like a hurt child. Strong is great at playing Kendall’s brash, entitled side, but this week — and that walk down the hallway — reminded us he’s also great at playing the fragile, wounded side of Kendall that he works so hard to hide. 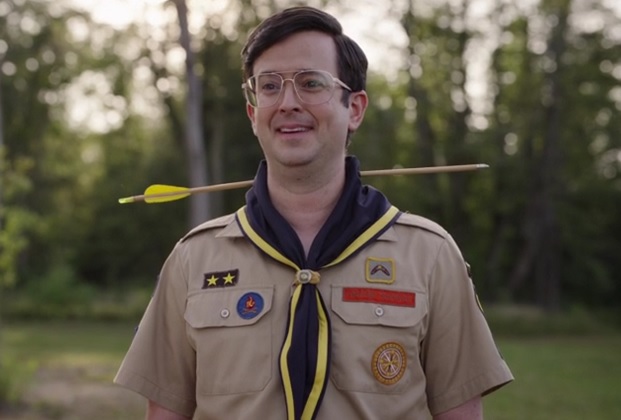 HONORABLE MENTION | Oh, sweet Pete. Ghosts‘ deceased troop leader is usually a beacon of positivity and happiness, even though he’s, you know, dead. In this week’s episode, Richie Moriarty once again filled his character with that gleeful eagerness and optimism when his living wife came to the mansion. But when her visit brought about an unexpected confession — she was having an affair with Pete’s best friend while he was still alive! — Moriarty got the opportunity to bring new emotional depths to his performance. First, Pete erupted in uncharacteristic rage (“I guess ‘You may kiss the bride’ was directed at everybody!”), then he unexpectedly welled up as he laid eyes on his grown daughter and his grandson (who shares his name!) for the first time. In that touching moment, Moriarty’s look of love and joy was a sight to behold. 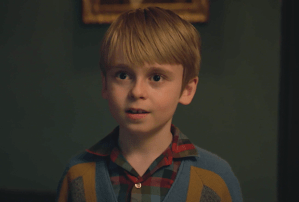 HONORABLE MENTION | Kids these days! While it was great to have Nick Tarabay playing DC’s Stargirl‘s Eclipso, the fact is that Milo Stein enjoyed much more screen time as the demon’s “Bruce” persona — and boy, did the child actor chill the room with every sing-songy proclamation. Setting the eerie mood for Season 2’s finale, Bruce taunted Beth and “Dr. McNider” (a name he somehow turned into seven creepy syllables) while also detailing his need for “the power of light” in order to merge the Shadowlands and Earth. Then, as Bruce faced off with Stargirl herself and spoke of “consuming all of humanity” the way a regular 10-year-old talks of scarfing Oreos, Stein laced every word with the right amount of menace. Orating about god-like aspirations and then delivering childish giggles is no easy feat, but Stein was devilishly good. 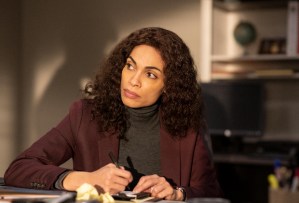 HONORABLE MENTION | Rosario Dawson has played her fair share of dramatic roles in an admirable acting career that spans over two decades. And as Bridget Meyer, the dogged DEA agent-turned deputy director in Hulu’s tragedy-packed limited series Dopesick, Dawson has delivered gut-wrenching turns week after week. Bridget is a woman hellbent on holding OxyContin’s makers, Purdue Pharma, accountable for the lives it destroyed, and Dawson uses her expressive face to show how her character will stop at nothing to bring them down — even if that means losing her husband to divorce. Nowhere was this more apparent than in Wednesday’s Episode 6, when Dawson’s steely Bridget locked eyes with FDA officials as she explained how the drug had wrecked relationships even for people who hadn’t taken one pill. But it was when Bridget learned a kid she tried to save died of an opioid overdose that her portrayer reduced us to tears as she trembled with sadness, cradled her soggy face, and repeated “I could’ve worked harder. I could’ve done more.”