We’ve got questions, and you’ve (maybe) got answers! With another week of TV gone by, we’re lobbing queries left and right about dozens of shows including The Morning Show, Y: The Last Man, The Rookie and 9-1-1!

1 | Where in the world did The Morning Show‘s Mitch think he was going to find a store open in the middle of the night… in rural Italy… during a COVID-19 lockdown?

2 | On Colin In Black and White, were you hoping that Crystal’s mom saved him a plate and that Colin and Crystal could be together someday? 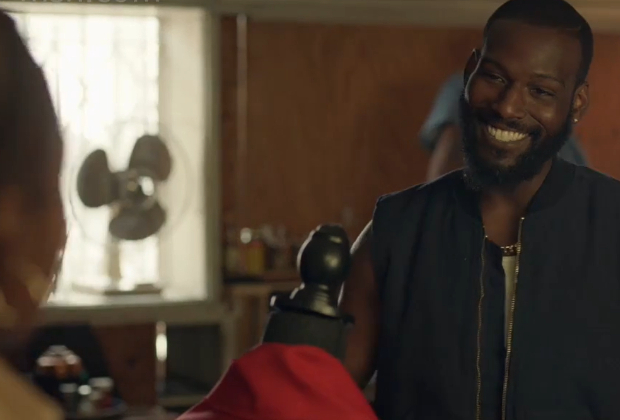 3 | There was chemistry between Insecure‘s Issa and Crenshawn, right? Does that mean guest star Kofi Siriboe will be back before Season 5 ends?

4 | Why did Succession introduce a very Ziwe-like late-night host (and even have her played by Ziwe)… but make her a fictional character named Sophie? And with Shiv joining Ted Lasso‘s Nate, is “rage spitting” now officially a TV trend?

5 | Hilarious social media parodies aside, what the heck was BMF‘s Slick packing in his go bag? He was so unprepared. And is Loose Ends’ “You Can’t Stop the Rain” stuck in your head, too?

6 | We know Call the Midwife‘s Vera and George were elated their new baby boy didn’t have PKU like their eldest Elaine. But did they bother to name the baby? And is it just us, or does Nurse Nancy Corrigan’s name sound too much like Nancy Kerrigan?

7 | Would it have been too much to have Emily Deschanel return for The Rookie‘s Halloween episode, which already guest-starred fellow Bones alumni TJ Thyne and Patricia Belcher? Also, do penny-pinching real estate developers really leave entire passageways behind walls when renovating an apartment building?

8 | Show of hands: How many Y: The Last Man fans are bummed that we’ll never get to see Hero and Yorick reunite with their mom? And if the show is somehow saved, will you continue watching?

9 | Was it not surprising that SEAL Team lead David Boreanaz not only got the show’s first F-bomb on Paramount+, but all of that episode’s swear words? 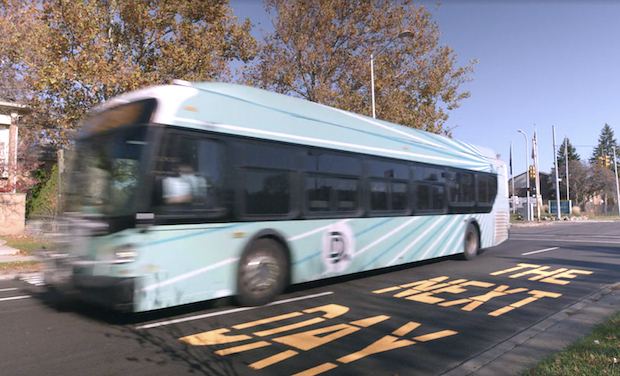 Is Bob Hearts Abishola getting even more clever with the graphics used to indicate the passage of time? (We nearly missed this one!)

11 | Under what possible scenario did NCIS think that the Washington Nationals would still be playing at the time this week’s episode aired? And until we learned the very different details, did the murder-by-gun-loaded-with-blanks give you a start?

12 | If you’re in the NCIS: Hawai’i/The Rookie Venn diagram overlap, were you surprised and/or happy to see Titus Makin pop up on the former after abruptly disappearing from the latter? 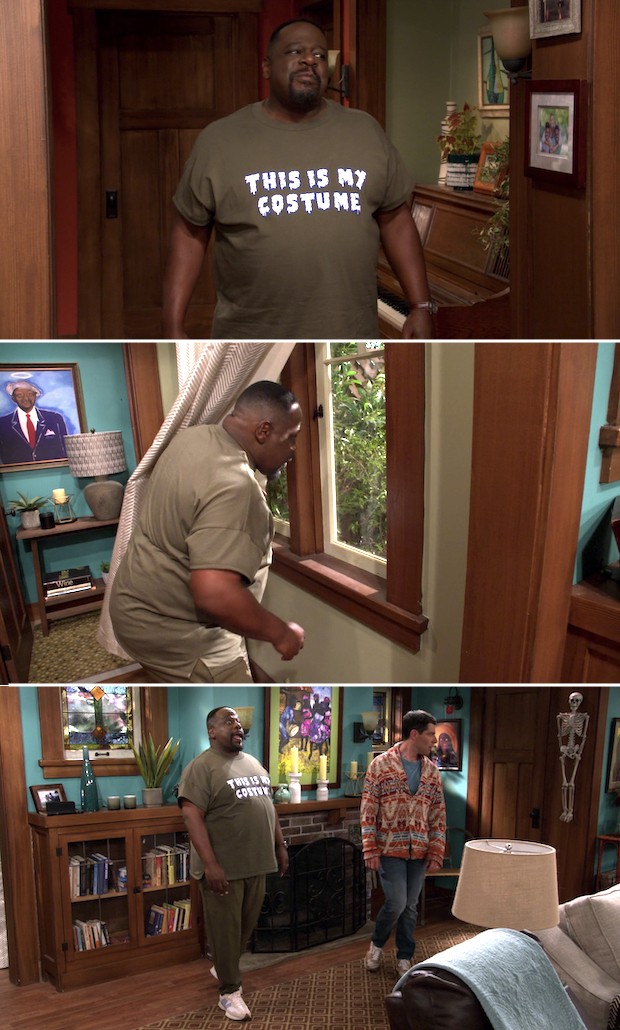 During The Neighborhood‘s belated Halloween episode, did it occur to you that the series was occupying spaces in the Butler home that had not been seen up close at any point during the first three seasons? And did the show have you fooled, thinking it’d actually embraced the supernatural when it introduced Emily the Ghost?

14 | Should Ordinary Joe have gone the way of This Is Us and cast different actors for the college flashbacks? (We love James Wolk, but… he is not 21/22.)

15 | How did Maddie go completely unmentioned in this week’s 9-1-1, considering the last episode ended with Buck’s dramatic revelation that he knows where she’s been hiding?

16 | Is The Good Doctor blind to inappropriate workplace relationships? First, they planted the seeds for an almost-relationship between surgical attending Melendez (R.I.P.) and underling Claire, then chief of surgery Lim went and hired new boyfriend Mateo (we hardly knew ‘ya!) as an attending. And now hospital owner Salen goes and asks Andrews out on a date?!

17 | Does 4400‘s new tech expert need to take it down a notch? Or 10? And every time someone mentions the green light, does it make you think of Black Lightning (which had a drug by that name)? Hey, wouldn’t that be a cool crossover? 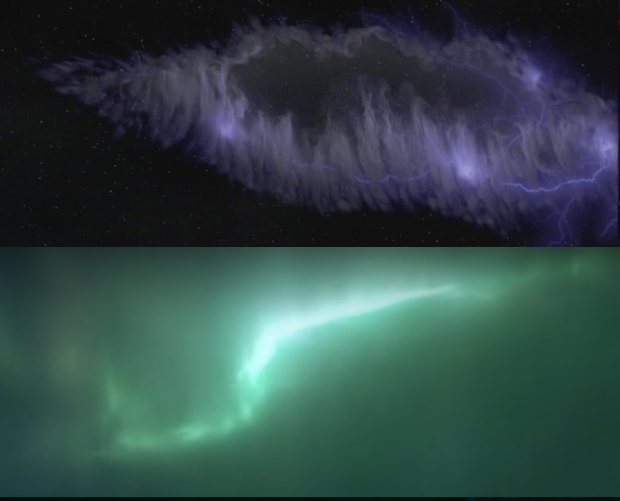 18 | Anyone else watching Stargirl and La Brea back-to-back this Tuesday wonder if Eclipso’s portal (top) connects to “the light” (bottom)?

19 | Given the clues that La Brea‘s Dr. Aldridge left Gavin with — to “go back to the beginning,” and the “November 16, 1988” date — is it safe to speculate that he has visions because of something that happened when he was age 5 or so? Also, for someone soooo worried about Los Angelean lives being lost, where did Markman think Gavin’s plane would gingerly land after being shot down?

20 | Just once — though not on this week’s Queens, clearly — can a female reporter on a TV drama not sleep with her interview subject? 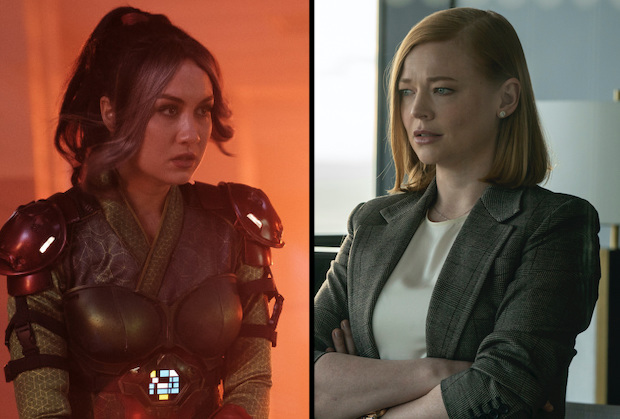 Who is the cooler Shiv?

22 | Did Survivor‘s Danny and Deshawn have the right to be peeved when the show stripped their team of its well-earned immunity? And if you were Sydney, would you have used your Shot in the Dark at that Tribal Council?

23 | Is A Million Little Things‘ Maggie allowed to sing “Su-u-u-uck it!” on a show that stars Psych‘s own James Roday Rodriguez?

24 | Why did Sistas‘ Q call Maurice after his failed bank robbery attempt? And do you think Maurice will actually turn Q in to the police?

25 | Do you think Twenties‘ Ida was being romantic, or secretive, when she rented out an entire restaurant to wine-and-dine Hattie?

26 | Did Walker get rid of Garrison way too soon? Didn’t it feel like the show was just scratching at the surface of the storyline potential there, and his past with Micki? 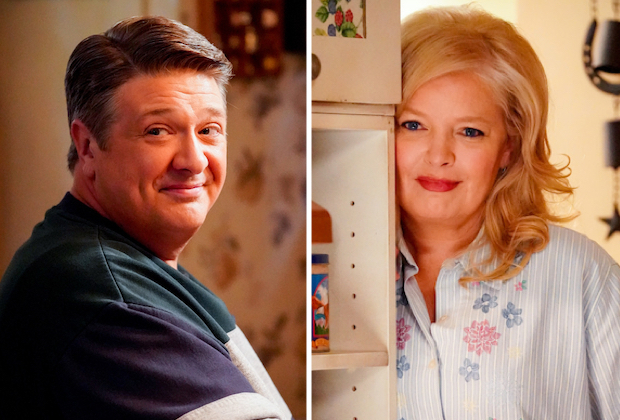 If Young Sheldon wanted us to believe that nothing’s going to happen between George and Brenda, surely they wouldn’t have them giving each other looks like this, right?

28 | How is it that Ghosts‘ fake dating show, It’s Getting Hot in Here, was not already a reality series?!