For years, Insecure‘s Issa and Molly have bonded over their favorite television shows — but not anymore.

It all started with the prison reality show Conjugal Visits in Season 1. That was followed by the slavery miniseries Due North in Season 2. Next came a Martin-style sitcom called Kev’yn, headlined by comedian Bill Bellamy, in Season 3. And most recently there was Looking for LaToya, a true-crime docuseries (and companion podcast) about a missing Black woman, in Season 4.

But in Season 5, the besties don’t have a shared small-screen obsession. When Molly and Issa sat down to watch TV in Episode 2 of the HBO comedy this week (read our recap), there was something on TV that riveted Issa and bored Molly — so much so that she fell asleep. And unlike before, we, the viewers, couldn’t see what they were watching. (In another scene, Issa told Nathan that she and Molly were going to watch the very real 1999 football drama Any Given Sunday on a “Freaky Friday,” just to keep things interesting. Sad, right?) 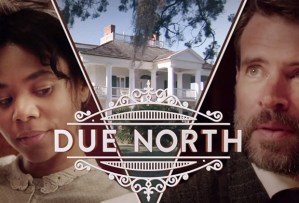 For fans who are missing Insecure‘s signature show within a show, know that showrunner/executive producer Prentice Penny feels your pain.

“It was because of COVID,” Penny heartbreakingly reveals to TVLine. “A lot of the time, with the shows within the show, we have a different crew filming it. And with COVID protocols and the money, we didn’t have the resources to make it happen this time.”

Penny also told us that he and the rom-com’s writers came up with another show within a show that unfortunately will never see the light of day. “I don’t want to say what that show was because it will never be fully realized,” Penny says with a sigh. “But it was really good.”

Are you bummed that Insecure‘s final season doesn’t have a show within a show for the first time ever? Drop your thoughts in the comments.