We’ve got questions, and you’ve (maybe) got answers! With another week of TV gone by, we’re lobbing queries left and right about dozens of shows including SEAL Team, Insecure, The Good Doctor and American Crime Story!

1 | On Saturday Night Live, did the way Jason Sudeikis’ Satan joked about hacking Michael Che make you laugh or cringe? And with Kieran Culkin set as the next host and Nicholas Braun’s cameo this weekend suggesting the Succession cast-at-large is handy in New York, dare we hope for a Family Feud sketch pitting the Roys against either the Kardashians or, even better, a folksy TV family like the Bradys? 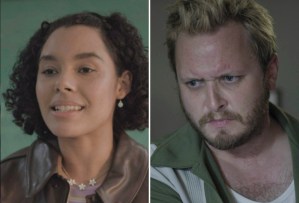 3 | Did Insecure‘s Issa and Molly lose their phones, drivers licenses and credit cards in the robbery, or nah?

4 | If Fear the Walking Dead‘s Morgan and Grace need protective gear to wander around the radioactive wasteland, why doesn’t Rufus? 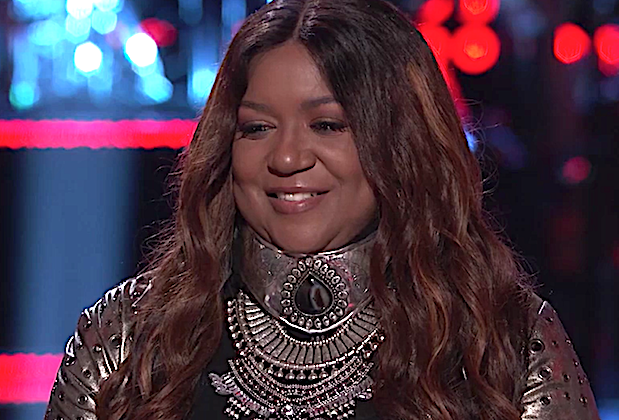 Has any contestant on The Voice ever worn something that looked more uncomfortable to sing in than Wendy Moten’s Knockouts neckpiece?

6 | Not that we don’t love The Vampire Diaries, but couldn’t Dancing With the Stars have come up with a horror movie for Suni Lee and Sasha Farber to emulate on the Halloween episode, when every other couple got a classic film assigned to them?

7 | All American viewers, what’s your wager for number of episodes until Jordan and Layla kiss against their better judgment? 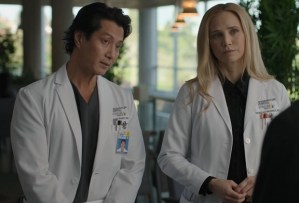 9 | When exactly did The Good Doctor‘s Lea find the time to clean and restore Glassman’s vintage automobile? Where do you think he drove off to at the end of the episode? And isn’t it a bit soon for Morgan and Park to even consider having a child together? (They only just got comfortable farting in front of each other!)

10 | How satisfying was it to see RAW‘s Bianca Belair hit Becky Lynch with a kendo stick?

11 | Following Danica McKellar, which Hallmark Channel Christmas Movie Queen do you fear will be next to leave for GAC Family? Can Hallmark even afford to lose Lacey Chabert or Candace Cameron Bure?? 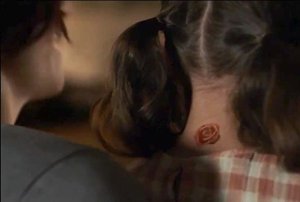 12 | On Supergirl, how surprised were you that Esme became the love totem?

13 | Coming off that unclear exchange between Levi and Sam, did La Brea‘s search party not tell the rest of the camp about the fort they found/its inhabitants…? (Seems like a big conversation to have!) Or did they simply not show us so important a scene?

15 | Are you as surprised as we were that Queens didn’t stretch out the question of Jojo’s paternity for longer than two episodes?

16 | Was it a bit jarring when Impeachment spliced in actual footage of Gennifer Flowers’ public accusations against Bill Clinton, rather than dramatizing it like the rest of the series? 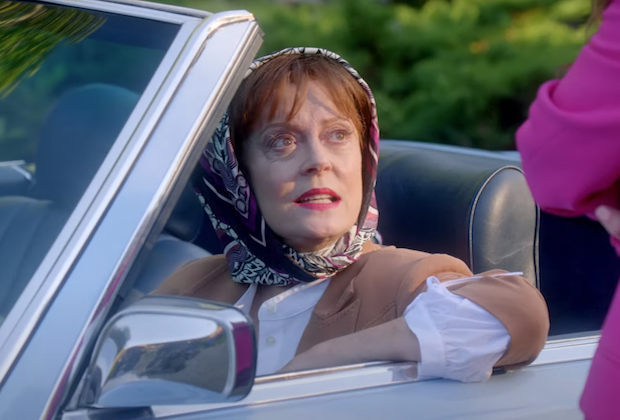 Did you get serious Thelma & Louise vibes from this Susan Sarandon convertible scene in the Monarch trailer?

18 | Was Chicago Fire‘s ransomware episode one of the better takes on that often-done storyline?

19 | Were you more annoyed with Sistas‘ Karen before or after she said Zac’s name while making out with Aaron? And was Preston’s foreplay chatter with Danni cute or creepy, given all his talk of WAPs? 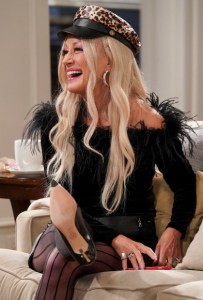 20 | Did B Positive do a terrible job aging up 70-year-old Jane Seymour — who, keep in mind, is meant to be an 85-year-old who dresses like she’s still in her twenties? Speaking of… Does the series revamp, focused on a new Ensemble of a Certain Age, feel almost like a rehash of Fox’s short-lived sitcom The Cool Kids?

21 | While watching Love Life, how long did it take you to figure out Trae is played by Chris Rock’s younger brother Jordan Rock? Wait. Did you realize it at all?

22 | When one of the Ghosts is MIA (like Sasappis during last week’s episode, and Flower this week), do you wonder what they’re up to?

23 | For someone who spent a year undercover, how is Walker such a bad liar? And do you suspect that Micki and Garrison’s past is also romantic? 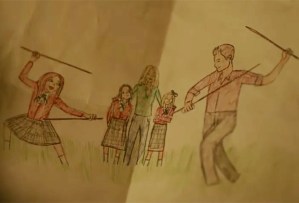 24 | Legacies fans, are we counting this as a Caroline cameo?

25 | If What We Do in the Shadows’ Donal Logue (playing himself) had just booked an SVU arc before painting the roommates’ new portrait, does that mean the show is set in 2014…?

26 | How did Aidy Bryant not know there was going to be dancing in the blue jeans commercial? Seems like something her manager should have been on top of….