Now that you’ve watched Law & Order: SVU‘s big ol’ 500th episode, perhaps you’re left with some Amaro-related questions: nothing on the level of Olivia facing the man who once groomed her, of course (read full recap here), but questions nonetheless.

Thankfully, Danny Pino indulged TVLine’s inquiries, particularly about what wasn’t said during the episode between Amaro and his former partner — in several senses of that word — Det. Amanda Rollins. And then, a few hours ahead of airtime, NBC released the deleted Rollins-related Amaro/Carisi scene below.

This moment was too good not to share. Watch an exclusive deleted scene from #SVU's 500th now! pic.twitter.com/Ka74YD7YJA

So, as promised, here’s the second part of our conversation with SVU returnee Pino, starting with the aftermath of Olivia and Nick’s argument in the office. (And just in case you need it, here’s the first section of our chat.) 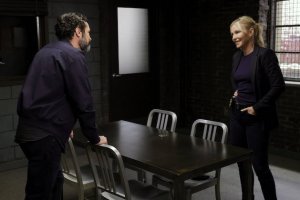 TVLINE | Unfortunately, we don’t get to see Liv and Amaro have any kind of face-to-face resolution: She leaves a voicemail for him at the end of the episode, and that’s that. I was wondering if there ever was a face-to-face scene or moment that got changed or cut?
I think that there was a coda to the scene that was cut, but it was [cut] in a very smart and a good way, because I think it keeps it keeps the tension hot between Benson and Amaro until she calls him and leaves him that voice message. There was a version of the scene where Amaro apologized again before leaving the room. It was something like, “I’m sorry, Liv,” and then he walked out. But cutting that line creates or keeps that tension intact, in the best of ways.

TVLINE | I got the sense that Rollins and Amaro are at least sporadically in touch, but we don’t get a lot between the two of them in this episode. So please tell me all the things that you and Kelli Giddish talked about regarding those two. Literally everything you can about the two of them and where they’re at these days. Go.
Oh, Kim, that’s such a good question. [Laughs] There was so much left intentionally vague, but my understanding — and I think Kelli’s understanding, as we discussed it — is that we kind of have touched base in terms of “What are you up to professionally?” “Well, I’m studying this and I’m in grad school with this,” so she knows that he’s been dabbling early on in genetics and forensic science, and she knows that then he went beyond dabbling in it to getting postgraduate degrees and is now working for this company, Forum, and that she knows that he’s coming to New York. 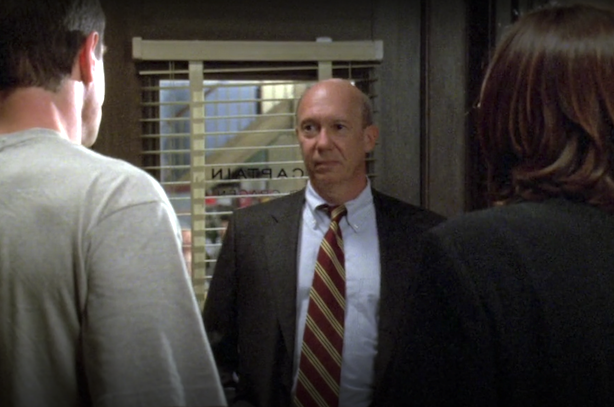 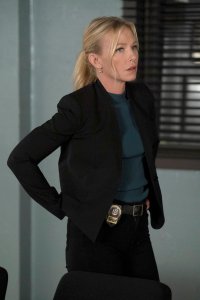 TVLINE | Right. And she’s definitely got things she’s not sharing with everyone right now, too.
Oh yeah. No, I meant that mutually. It’s not just Amaro is not wanting to cross that line. They’re both trying to feel that awkward moment where you’re just like, “I’m not going to be the first one to say anything.”

TVLINE | Yeah. Like, “You good? We’re good? OK.”
Exactly. And I tip my hat to [showrunner] Warren Leight, [executive producer] Julie Martin and Brianna Yellen, who wrote and conceived of this storyline, and making it human. You know, not laying everything bare in a way that you get all of this backstory, where maybe the characters aren’t ready to reveal that.