THE PERFORMANCE | Whether or not you loved the game-changing way the Paramount+ drama ended its second season, you have to admit: Herbers was on a holy roll in the last scene of the episode. Kristen’s entire Season 2 narrative had built to that point: Her guilt over killing serial murderer Orson LeRoux guided so many of her actions all season, and that feeling was at an all-time high as she knocked on David’s door in the finale. Herbers was visibly shaking with Kristen’s need to unburden herself; by the time a puzzled David had her kneel for confession, right there on the floor, Herbers let everything flow out of her beleaguered character.

You rarely see emotional breakdowns on TV depicted so realistically, probably because they’re so harrowing for performers to fully embody. But Herbers went there. Her voice climbed an octave, her breath hitching in giant sobs, as Kristen confessed to both the criminal act and to getting away with it, thanks to the police. She forced out words as though they physically hurt her. She doubled over in shame. She hid her face. Is it sadistic to say we loved it, thanks to Herbers’ excellent portrayal?

By the time Herbers collapsed against Mike Colter’s David, Kristen was wrung-out… but the scene wasn’t over. She then so successfully eased Kristen through a huge transition, making it wholly believable that Dr. Bouchard could be ugly-crying one moment, then acting on a long-held temptation the next. Herbers throughout the whole scene? In a word: heavenly. 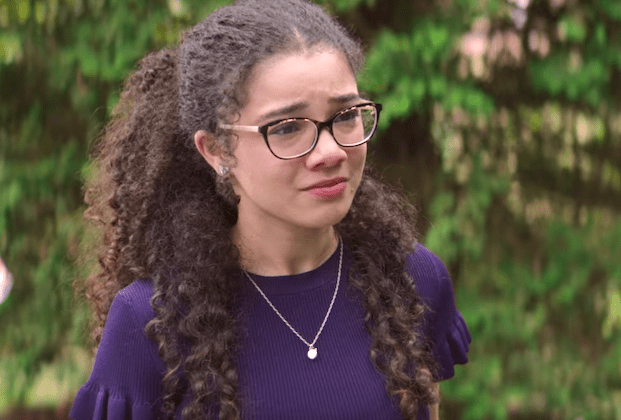 HONORABLE MENTION | If Season 2 of Netflix’s The Baby-Sitters Club has an MVP, it’s Mary Anne. And much of that praise is due to Malia Baker‘s excellent portrayal of the teen — particularly in the final two episodes. First, when Claudia was spinning out in her grief over her grandmother’s death, Baker imbued Mary Anne with the right amount of tough love (OK, tough for this show) tempered by gentle acceptance; Baker’s steadiness won the scene. And then, in the finale, Mary Anne’s tearful outrage over Kristy’s dad’s absence allowed Baker to show a little fire. As it turns out, we love slightly watching her play angry Mary Anne! Can’t wait to see what she’ll do in a potential Season 3. 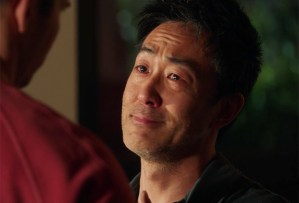 HONORABLE MENTION | If Chimney has to leave town for a bit in his quest to find Maddie, at least 9-1-1 gave him a heck of a send-off. Monday’s episode was a showcase episode for Kenneth Choi, who broke our hearts multiple times with his portrayal of a man seeking the truth about the mother of his child. Paranoia gave way to desperation, which ultimately led to Chimney’s own acceptance that he didn’t check in on her enough during the pandemic, which is where Choi really shined. His visceral breakdown at the end of the hour was basically a series of punches straight to the gut as he processed how his carelessness contributed to the situation. (And don’t even get us started on his reaction to Buck’s betrayal!) No matter how long Chimney ends up being M.I.A., this performance will remain with us. 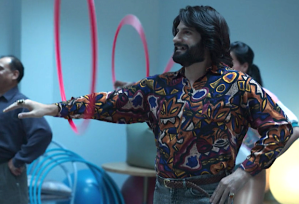 HONORABLE MENTION | Should we feel bad that watching What We Do in the Shadows‘ Nandor cope with his deep depression was a downright delight? Full credit goes to Kayvan Novak, who had so much to play with as “the Relentless” first wallowed in a pit of ennui (on the occasion of his gazillionth Accession Day) but then found himself changing things up as a new member of a local wellness center… that “converts” vampires back into humans (or a fit-n-fabulous facsimile thereof). Was seeing Nandor in too-short gym shorts and a lusciously coiffed mane hysterical in and of itself? Absolutely. But Novak’s unbridled commitment to the cheery, aerobicizing bit — coupled with Cree Summer’s turn as instructor Jan — took the lark to the next level.