The Real World‘s second Homecoming is almost upon us, and this time, we’re jet-setting from the streets of New York to sunny L.A.

On the heels of its two-season renewal news comes the official premiere date for Season 2, which will reunite members of the original Los Angeles cast. To find out what happens when people stop being polite, catch The Real World Homecoming: Los Angeles when it premieres Wednesday, Nov. 24 on Paramount+.

Along with that date comes the first official teaser (embedded above), which shows the cast getting back to their old dramatic antics. “If you let me talk and stop f–king cutting me off, I shall return,” David Edwards tells the roommates. (This always was one of the series’ more tumultuous casts. Prepare for fireworks, people!)

Seven of the nine roommates will participate in the multi-episode spinoff, including Beth Anthony, Beth Stolarczyk, Edwards, Glen Naessens, Irene Berrera-Kearns, Jon Brennan and Basketball Wives’ Tami Roman. And the cherry on top? They’ll be rendezvousing in the same iconic Venice Beach house they cohabitated in 1993. (The Real World: Los Angeles accumulated nine strangers after David was infamously kicked out and replaced with Glen following a spat with Tami. Irene also left the show after she got married, and was replaced by Beth A.)

Noticeably absent from the series are former UCLA student Aaron Behle, and Irish journalist Dominic Griffin. Reasons for their no shows have yet to be announced, though a report indicates that Griffin may make a guest appearance “at some point.”

Just seven months ago, the Homecoming spinoff reunited the New York cast in its original loft sans Eric Nies, whose COVID diagnosis prevented him from officially moving in. He did, however, appear via webcam throughout the series.

Happy to see the L.A. cast again? Which cast do you want to see get the Homecoming treatment? Watch the teaser by pressing PLAY above, then sound off in the Comments! 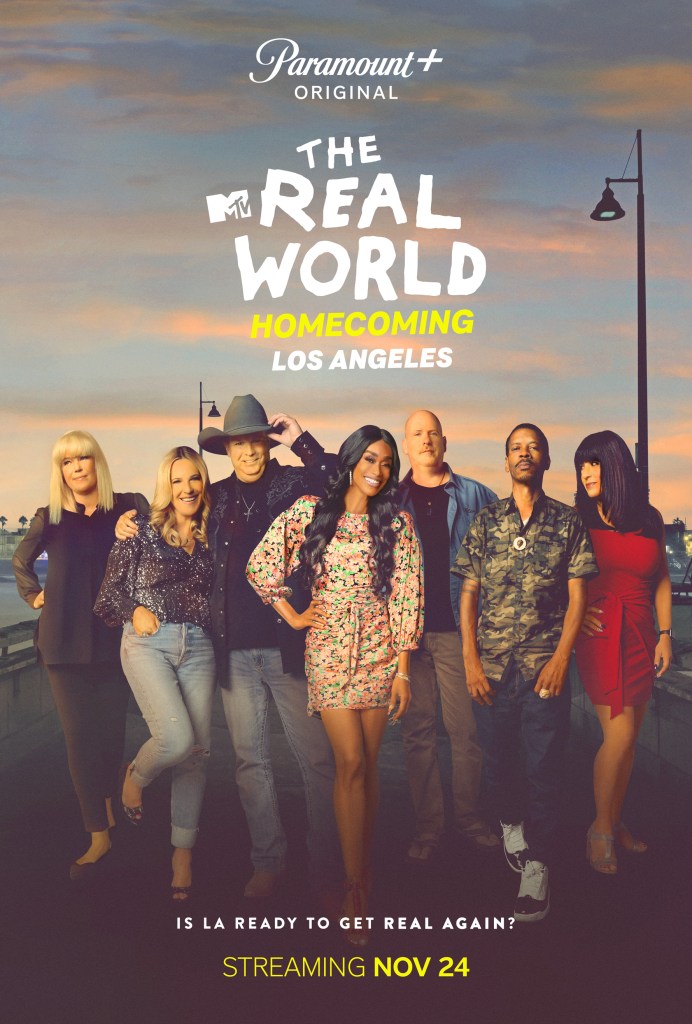