We’ve got questions, and you’ve (maybe) got answers! With another week of TV gone by, we’re lobbing queries left and right about dozens of shows including Squid Game, Saturday Night Live, The Resident and CSI: Vegas!

1 | In The Many Saints of Newark (SPOILER ALERT!), are we supposed to believe that Giuseppina was a smart business woman from the old country who managed to learn English only to stupidly tell Dickie about her infidelities near an ocean? A whole ocean?

2 | How does a Blue Bloods scene such as this look beautifully lit in promotional photos, but then look so… different… on Paramount+ (screen set max brightness)?

3 | Has a Saturday Night Live newcomer ever had a stronger start than James Austin Johnson, who opened Season 47 as President Joe Biden, then appeared as co-lead in two more sketches (first as Larry the Cable Guy, then as Joe Buck) opposite host Owen Wilson? And if SNL does a Squid Game parody this weekend, it’ll probably just be Pete Davidson’s Chad barely reacting to all the extremely violent twists and turns, right?

4 | First Law & Order‘s Elliot and Olivia, then Evil‘s David and Kristen — which fictional pair will be the next to have a conversation about what a hot couple they’d be if only the situation were different?

5 | Hey, remember Axe’s ex-wife and sons on Billions? Do the writers remember them? Like, what do his kids think about his relocation to Switzerland? And are they going to visit?

6 | WTH was The Walking Dead‘s Daryl thinking leaving Dog in Meridian with the Reapers, a murderous lot that he knows despises him? 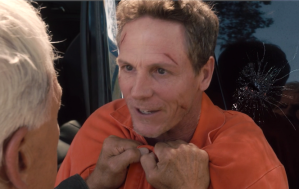 7 | How did NCIS‘ Gibbs not have so much as a scrape on one knuckle after punching a crack into the SUV window?

8 | Honestly, Dancing With the Stars, what’s the point of even having Britney Spears Night if every song is a cover by the mediocre house band?

9 | Any Ordinary Joe viewers curious to know more about Jenny’s husband Ray, who stepped up to raise Christopher as his own? And which is your favorite “third” so far, and why is it Cop Joe? 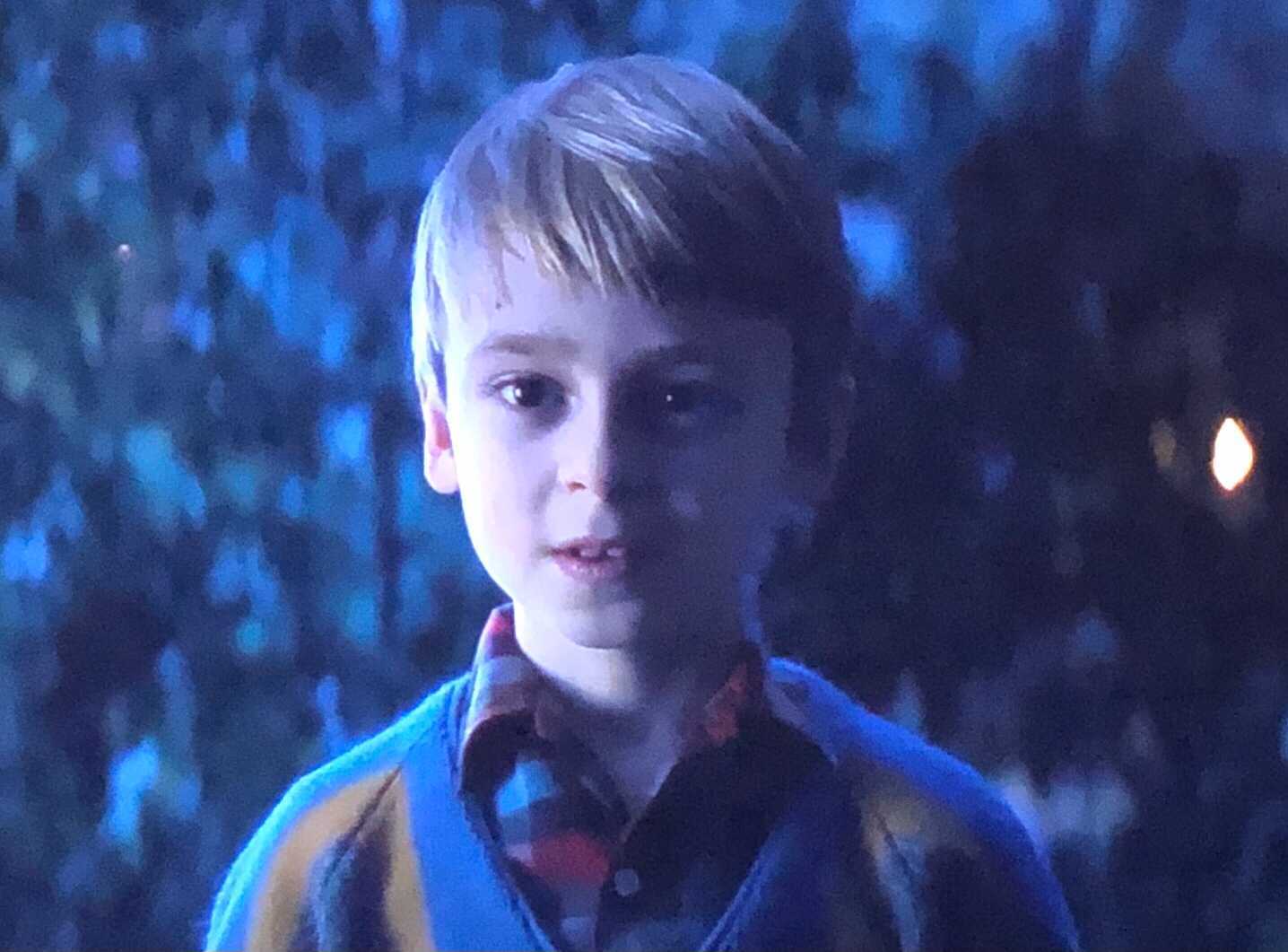 10 | Did DC’s Stargirl demon child Bruce stop to get a haircut? With all that he has going on?

11 | Why does Our Kind of People‘s Leah constantly yell things at parties to embarrass Angela? And after doing so at the latest party, what was the point of getting on stage to “change the narrative”? Didn’t everyone hear her call Angela her father’s bastard child?

12 | Now that at least a day-and-a-half has passed, isn’t it about time for the La Brea survivors to, like, have a group meeting, start planning for food and shelter…?

13 | Did New Amsterdam give you a scare when Floyd started seeing different patients on his operating table? 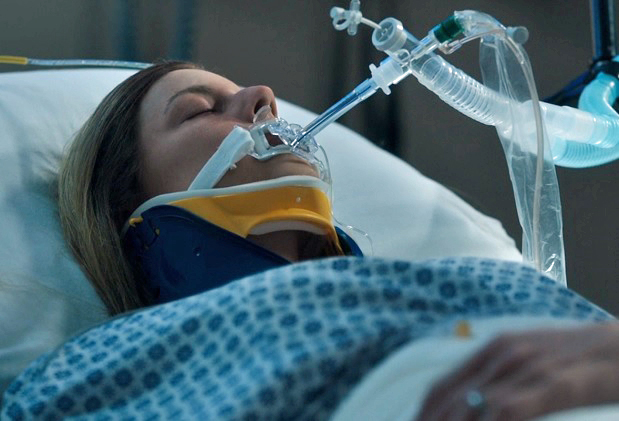 We knew The Resident‘s farewell to Nic would be sad, but baby Gigi saying “Mama” as that helicopter left with Nic’s donated organs was just too much, right? Also, how many times did you find yourself wondering if that was actually Emily VanCamp in the hospital bed? And can we request a crossover with New Amsterdam in which Conrad and Max form a support group for widowed doctor fathers?

15 | Riverdale viewers, how excited are you to see Sabrina join the show and finally take it to full supernatural crazytown? And as TVLine reader Matthew points out, why would Pop’s be out of money when Tabitha just signed a lucrative franchising deal a few episodes ago?

16 | Survivor fans, what did you think about JD’s Hail Mary play of letting Shan hang on to his extra vote? And did Tiffany totally screw the pooch by not going for the steal-a-vote advantage?

17 | Was CSI: Vegas a bit on the nose in having one of the new characters liken two others to Will They/Won’t They couple Sara and Gil? 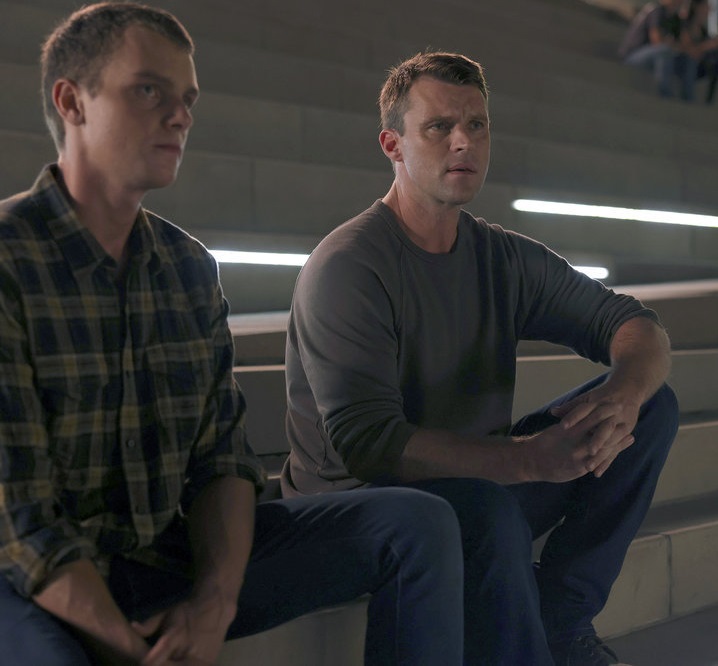 18 | Were any other Chicago Fire viewers thrown by how much Cameron Scott Roberts (the actor playing Griffin Darden) looks like he could be related to Jesse Spencer? Or are we just imagining that they have similar features/coloring?

19 | Why would A Million Little Things‘ Gary donate the shirt he was wearing the night he assaulted Peter, rather than destroy it? Also, couldn’t Gary and Rome have simply told Eddie that Katherine was having a simple Girls’ Night Out instead of framing it as a “divorce party”?

20 | Did you get a little choked up at Archer‘s surprisingly poignant goodbye to the late Jessica Walter? 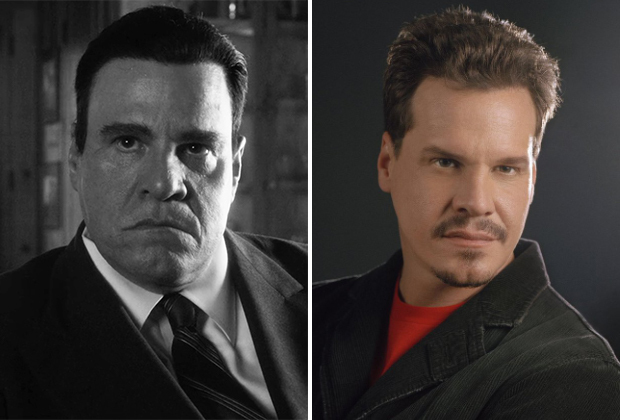 21 | One Tree Hill fans, how long did it take you to recognize American Horror Story‘s Richard Nixon as Craig Sheffer (aka Uncle Keith)?

22 | Is CBS’ Ghosts looking to out-“Babe” Legends of Tomorrow, by having the lead couple address each other as “Babe” with every single sentence?

23 | Why did Bull‘s Chunk have a bill counter handy at the office? Does TAC pay its employees in cash?

24 | We’ve gone on record with wanting Big Sky‘s Jerrie and Lindor to hook up, but even with that bias, we weren’t imagining that flash of disappointment on her face when she realized he wanted advice about Cassie, right?