We’ve got questions, and you’ve (maybe) got answers! With another week of TV gone by, we’re lobbing queries left and right about dozens of shows including NCIS: Hawai’i, Big Brother, Ted Lasso and The Other Two!

1 | In Sex Education‘s season finale, which conversation tugged at your heartstrings more: Otis apologizing to his mom after her surgery, or Jakob telling Ola she reminds him of nothing but joy?

2 | Burden of Truth fans, were you also waiting for Billy and Joanna to name their daughter after his mother — and then were surprised when it didn’t happen? 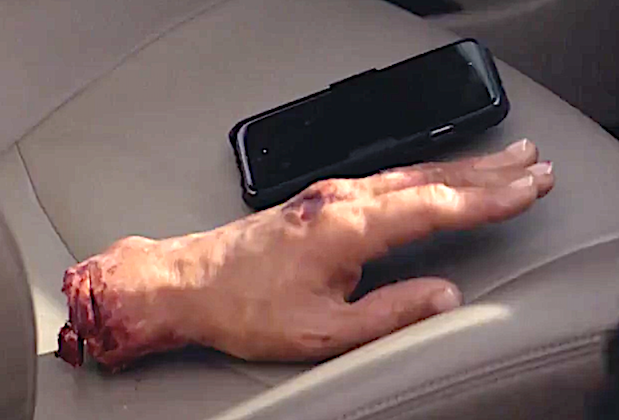 How did Animal Kingdom manage to keep it from leaking that The Addams Family‘s Thing would be make a cameo?

4 | Even if The Walking Dead‘s Aaron cut off Keith’s hand to prevent the walker infection from spreading, wasn’t he already a dead man walking? The trauma, plus whatever non-zombie infection followed, would surely kill the guy, right?

5 | Power Book III viewers, how long did it take you to figure out who Kanan’s intended victim was after he put on Nique’s jacket? Did you figure it out right away or were you in the dark until he pulled the trigger?

6 | Would you be all that surprised if Bob Hearts Abishola jettisons Dele by having him remain in Nigeria with his father Tayo? At least this Chuck Lorre sitcom would be providing a reason for not seeing a main character’s child…

7 | Did NCIS‘ Gibbs think he could get the drop on anyone who might be inside the ranger station after pulling up on a noisy, antique motorcycle?

8 | Why did NCIS: Hawai’i’s Jane ID herself to Captain Milius as working for “NCIS (unsaid colon) Hawai’i,” when she was … standing right there with him, in Hawai’i? (Like, if she was visiting from NCIS: Chillicothe, it’d make more sense to get specific!) Also, how is the NCIS office in frickin’ Hawaii the most drab one in the franchise?

9 | On Dancing With the Stars, if Peloton instructor Cody Rigsby was allowed to say the name of the company he works for (and show footage of his Peloton classes), why did host Tyra Banks try to avoid doing so by instead describing Peloton as “those stationary bikes that connect to your Wi-Fi”? 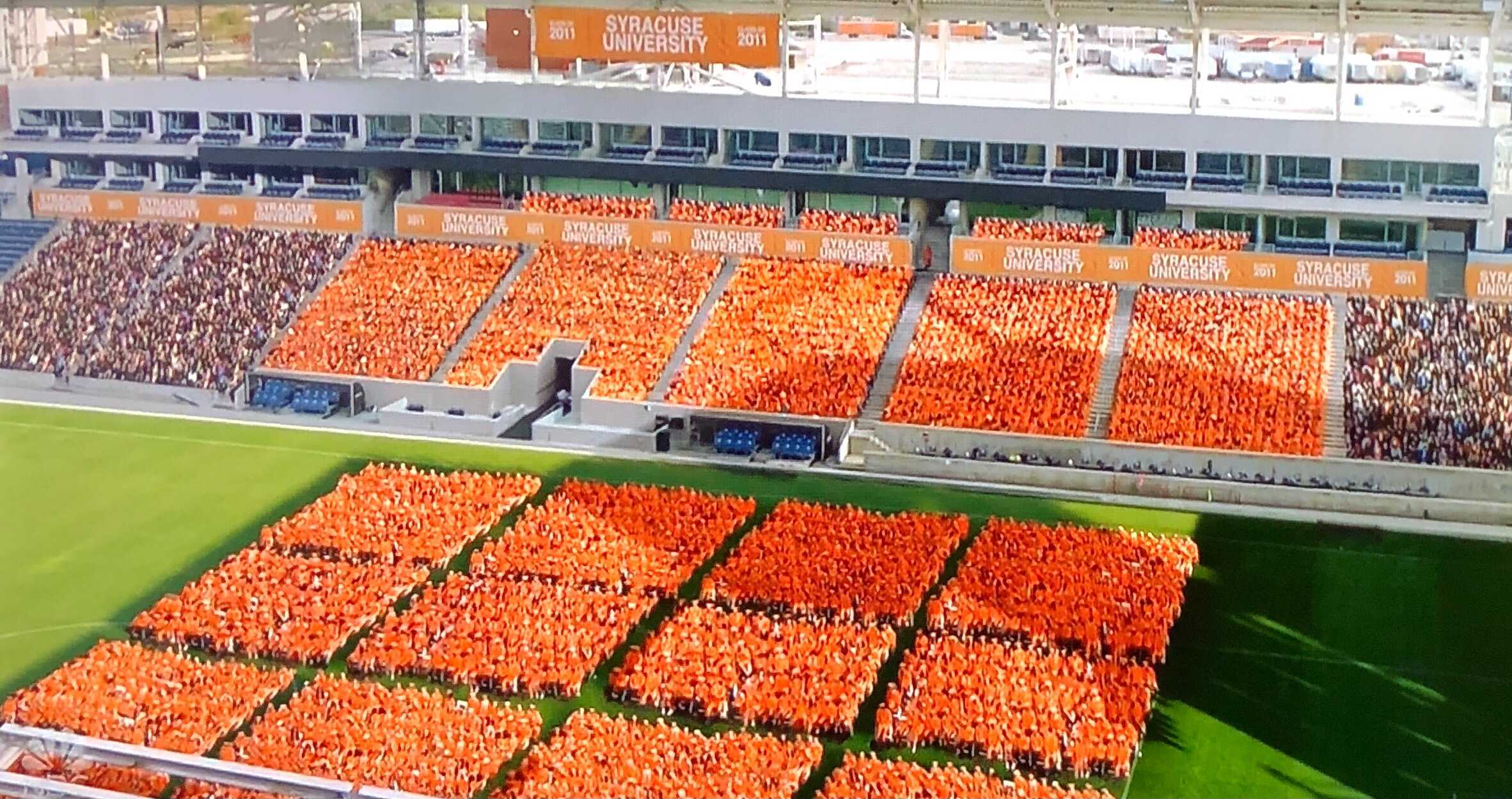 If Ordinary Joe is going to fake a college commencement, maybe don’t choose a school with a very famous domed stadium? Does RockerJoe’s music sound a lot like This Is Us‘ Future Jack? (Speaking of whom, should the show have made him a firefighter instead? That way there’d be one to crossover with each of NBC’s #OneChicago shows!) Finally, who’s the bigger Billy Joel fan: Ordinary Joe, The Boys‘ Hughie or Brooklyn Nine-Nine‘s Frank O’Sullivan?

11 | The Big Leap‘s bowling alley dance number simply ignored the fact that lanes are coated with slippery oil, right? And why, of all time slots, would Fox choose to put a new dancing dramedy up against ABC’s Dancing With the Stars?

12 | Was Bachelor in Paradise‘s “tropical storm crisis” the most over-hyped weather event in meteorological history?

13 | On New Amsterdam, what exactly was Max’s plan to lug Luna back and forth to London? (How romantic was that going to be?) And did the fires at the hospital make you wish that NBC could have somehow staged a crossover with Chicago Fire? Maybe Severide was in town and helped with the arson investigation?

14 | Not that we’re eager to lose The Resident‘s Nic, but couldn’t the show have ripped off the Band-Aid off her exit in the season premiere, rather than prolong an unbearably sad twist? 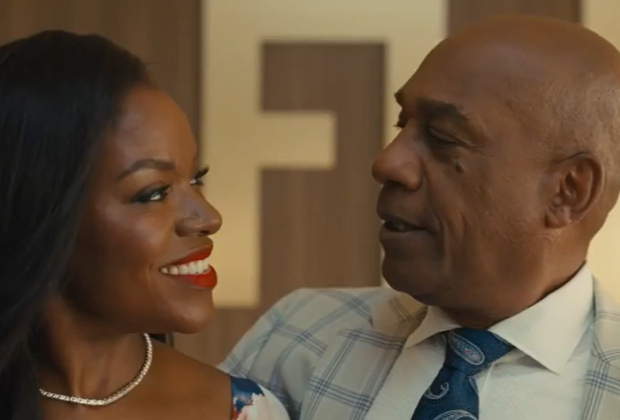 Aside from the soapiness of it all, wouldn’t Our Kind of People‘s Leah wait to blackmail her dad Teddy instead of doing it through clenched teeth?

16 | Did you also want to hug Queen Sugar‘s Aunt Vi, when she told Gabriel’s mom about her “beautiful testimony”? And did you also hold your breath when Davis first arrived at Vi’s house and gave her flowers?

17 | Nine Perfect Strangers fans, what’s your take on that finale montage: Was it real, or just Frances’ ideas for her novel? 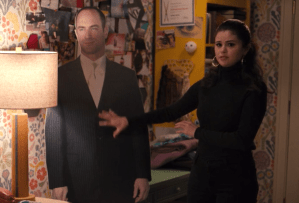 On Only Murders in the Building, was the reveal of Mabel’s crush on “the hottest criminal mind ever” — life-size cutout included — nicely timed to Law & Order: Organized Crime’s return?

20 | We can believe that Home Economics‘ Tom wouldn’t have recognized football legend Jerry Rice, but isn’t it hard to believe that Tom — who is so self-conscious about not knowing much about sports — would spout off about the game so freely in the luxury suite? 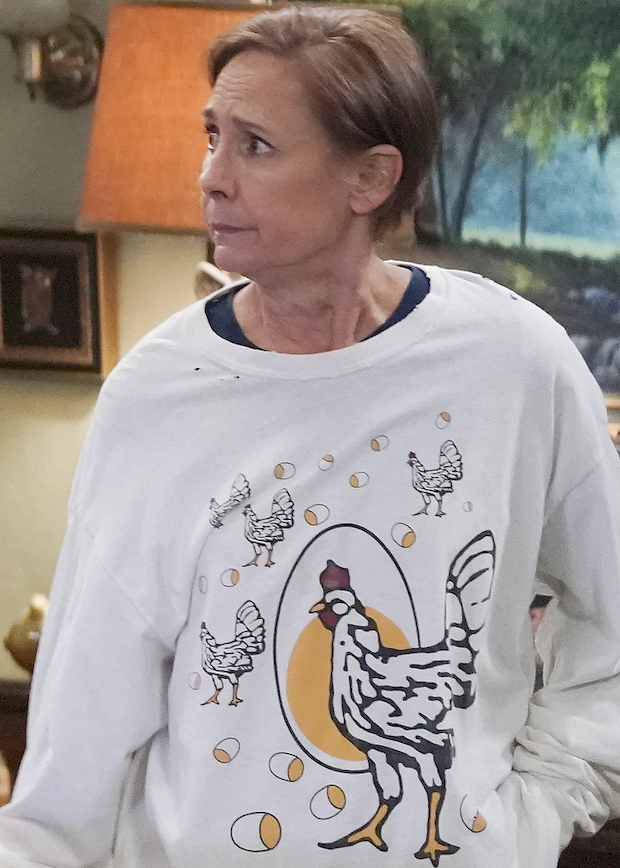 Has The Conners ever made as many references to the late Roseanne Conner as it did in Wednesday’s Season 4 premiere? And was this the first we’ve seen of the infamous chicken shirt since 2018’s Roseanne revival?

22 | In the Survivor season premiere, should Xander really have told his tribe that he tried to secure an extra vote advantage? And what are your thoughts on the show’s new “Shot in the Dark” twist?

23 | Did The Challenge‘s Fessy deserve to go? Did Josh deserve to stay? And — yeah, we’re surprised we’re asking this, too — is Emy kind of growing on you? 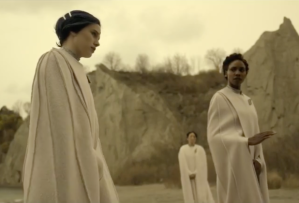 24 | Was Titans‘ long-awaited take on Themyscira/Paradise Island disappointing, being overcast and blustery with bundled-up Amazons? (Do we just blame Toronto?)

25 | How long ago was The Other Two‘s finale written that Pat plugged The Good Fight when Justin Bartha was her guest?!

26 | Big Brother‘s Kyland has one of the most confrontational exits in series history, and Julie Chen Moonves doesn’t even ask him about it? Why?

27 | On Law & Order: SVU, Stabler was clean-shaven at Fin and Phoebe’s party. So why, when Olivia hallucinated him after her car accident — which happened that same night — did she envision him with Chris Meloni’s Law & Order: Organized Crime Season 2 goatee? (TV Q answered!)

28 | What did Ted Lasso‘s Rupert whisper to Nathan at the end of this week’s episode? There’s almost no way it could be a good thing, right? And will you ever be able to hear Rick Astley’s “Never Gonna Give You Up” again without crying? 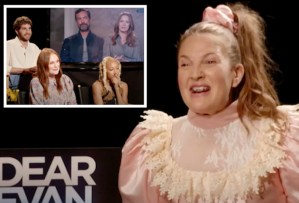 29 | Was there a cringier moment on TV this week than Drew Barrymore interviewing the cast of Dear Evan Hansen while in character as Josie Geller from Never Been Kissed?

30 | Upon seeing Ricky Martin perform on Savage X Fenty Show Vol. 3, did you find yourself simultaneously Googling both his age (because he appears to be aging in reverse) and “leather palazzos”?