Leroy Jethro Gibbs is right where he oughta be, front and center (and in the diner!), in the key art poster for NCIS Season 19.

TVLine asked CBS Entertainment president Kelly Kahl about any “message” the poster might be sending, by prominently featuring Harmon in the wake of reports that the series vet might have a reduced presence this season. “We’re highlighting our cast in an interesting and fun and provocative way,” he answered. “That’s all it’s trying to say.”

Check out the full poster below, then read on for more. 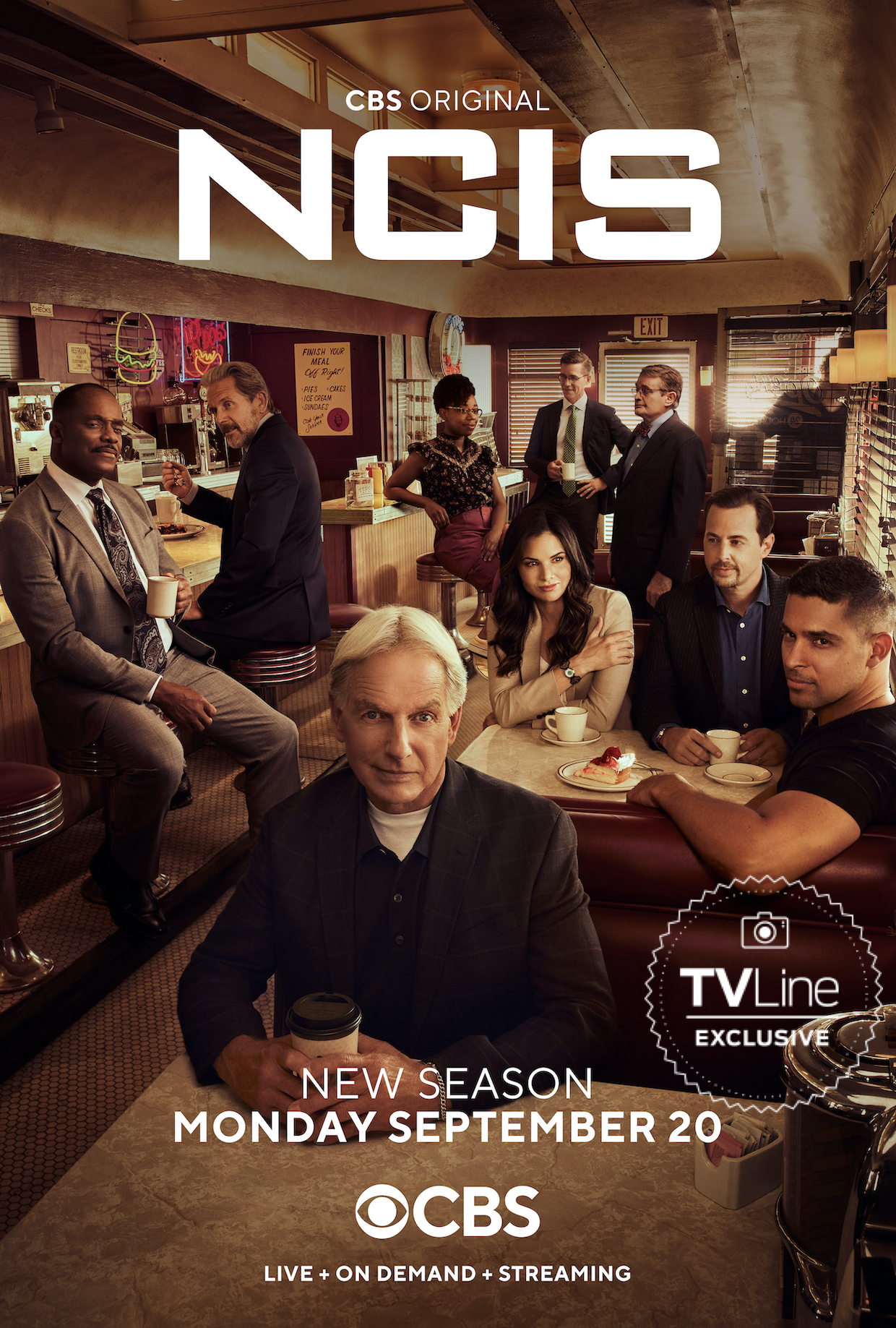 In the Season 19 premiere, airing Monday, Sept. 20 and titled “Blood in the Water,”  as the NCIS team searches for Gibbs after wreckage from his boat is discovered, they find out he was tracking a serial killer with Marcie Warren (played by Pam Dawber), the journalist who wrote an exposé on him.

Having seen Gibbs swim away from the fiery explosion of his newly finished boat at the close of the Season 18 finale, “We know he’s not dead right there, and we know he’s able to swim well enough,” showrunner Steven D. Binder noted to TVLine. “All things are still possible with Gibbs.”

Binder also said that, with the arc about Gibbs’ suspension winding down in some fashion, and having handled the exits of two characters (Jack and Ellie), TV’s most watched drama will soon return to its familiar formula.

“One of the things we said to ourselves was let’s get back to some interesting cases without any overarching arcs,” Binder shared. “I think it’s time for us to sort of regroup and get back to telling good mysteries of the week with interesting characters, interesting stories and emotional hooks, and a satisfying ending.”