You have to imagine that for nearly two decades at CBS, suggesting that Tuesday leadoff hitter NCIS change time slots (let alone days) was akin to saying Macbeth in a theater.

The Biggest NCIS Exits Ever, Ranked!

And yet the 19th season of TV’s most watched drama is set to unspool Mondays at 9/8c, starting Sept. 20, where it will bridge a block of sitcoms (The Neighborhood and Bob Hearts Abishola) and the freshman spinoff NCIS: Hawai’i.

Speaking with TVLine during CBS’ day at the Television Critics Association summer press tour, CBS Entertainment president Kelly Kahl said that in moving NCIS for the first time ever, “We hope to improve the [Monday] time period significantly, and we hope that it can be a strong lead-in to help launch NCIS: Hawai’i.”

During the 2020-21 TV season, All Rise in the Mondays-at-9 time slot averaged 5.7 million total viewers and a 0.7 demo rating (with DVR playback folded in), leading out of The Neighborhood/Abishola‘s 6.7 mil/0.9 average.

NCIS, meanwhile, last season averaged 12.6 million viewers and a 1.2 rating — though there is every chance those numbers will dip due to the time slot change (it will now air opposite The Voice, Dancing With the Stars and Monday Night Football), and also as the procedural navigates one of its most significant cast transitions (detailed here).

“We realize that we can’t take [the time slot change] for granted,” Kahl said. “We have to help educate people and let them know where it’s moving to.”

But even in a best case scenario, is CBS ready for NCIS to possibly lose its long-held title as “TV’s most watched drama,” which it last and only briefly ceded to This Is Us, three years ago?

“Well, we haven’t lost it yet,” Kahl noted with a chuckle, “so we’ll hang onto it as long as we can. I will say that fans of that show are a diehard bunch, so I don’t foresee losing a lot of them with the time period change.”

(For what it’s worth, TV’s second most watched drama last season was… CBS’ own The Equalizer, and FBI placed third. So the Eye network is poised to keep the title in-house.) 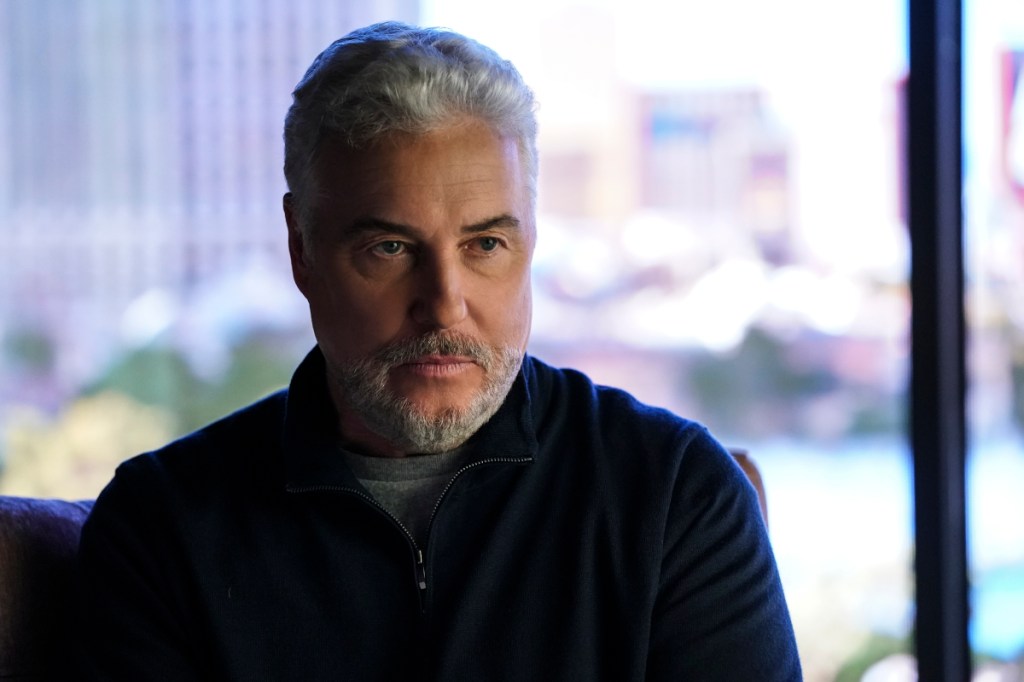 TVLine also ran another of our Burning Fall TV Questions by Kahl, asking why Tough as Nails — airing Wednesdays at 9/8c this fall — is being sandwiched between a highly anticipated, delayed season of Survivor and the similarly anticipated CSI: Vegas sequel series.

Tough as Nails‘ sophomore cycle averaged 3.8 million viewers and a 0.6 rating (opposite both Fox’s The Masked Singer and NBC’s Chicago Med, mind you), whereas Survivor‘s most recent fall run drew double that. So it would seem that by not giving CSI: Vegas a direct Survivor lead-in, money is being left on the table.

Kahl said the thinking behind Wednesday’s scheduling is two-fold.

“We think that fan interest in CSI: Vegas will be such that, hopefully, they’ll come to the show wherever it is on the schedule,” he explained. Secondly, “we are certainly hoping that Tough as Nails is going to get a boost from having a Survivor lead-in,” seeing as “we’ve never really given Tough as Nails the support it probably deserved as a new show, ” he admitted. “We kind of threw it to the wolves in the middle of a pandemic, but it has performed really, really well.”

By pairing Tough as Nails with reality-TV veteran Survivor, the hope is to make the relative newcomer “into a bigger franchise for us, so that CSI: Vegas isn’t a complete self-starter at 10 o’clock,” Kahl added. “All time slots are important to us, and 10 o’clock is something we cannot slack off on, because it’s important to our local stations, and to late night as well.”