Gary Cole has officially signed on for NCIS Season 19, though not necessarily in the capacity one might assume. 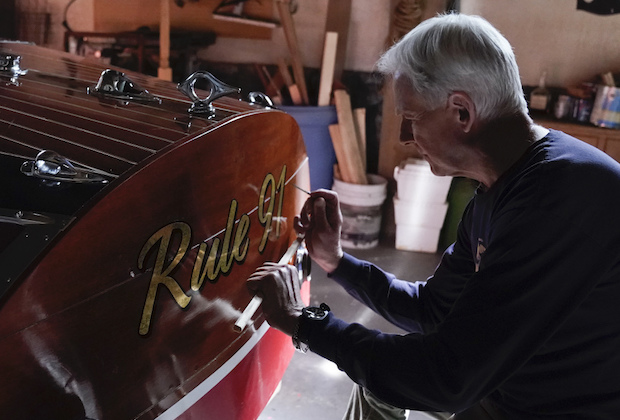 CBS confirmed on Tuesday that Cole — whose previous TV credits include (but are by no means limited to!) The Good Fight, Veep, The West Wing and Midnight Caller — will fill the series regular role of FBI Special Agent Alden Park. And though longtime series front man Mark Harmon is expected to appear in a very limited capacity moving forward, sources stress that Cole’s character is not “replacing” Gibbs. (Harmon’s team leader for the last six episodes of Season 18 had been suspended from NCIS, and last we saw seemingly had faked his death while in pursuit of a possible serial killer.)

Additionally, CBS has confirmed that Katrina Law, as indicated with her initial casting, will return for Season 19 as a series regular, as Special Agent Jessica Knight. Introduced in the last two episodes of Season 18, Knight is a REACT (Regional Enforcement Action Capabilities Training Team) agent who specializes in hostage negotiations and handles daily high-risk operations with skill and precision. Sharp, athletic and tough, she is fiercely tenacious and with a wry sense of humor.

Law’s promotion comes on the heels of cast member Emily Wickersham’s eight-season run abruptly coming to an end in the Season 18 finale, where Ellie Bishop set in motion a series of events that allowed her to leave NCIS as a “disgraced” agent and go undercover on some sort of covert op.

“We haven’t shot a single frame quite yet, but with the addition of Gary Cole and Katrina Law to the cast, this is already shaping up to be one of the best seasons yet,” NCIS showrunner Steven D. Binder said in a statement. “Going into Season 19, we are excited to have new characters and stories to tell that adds to and re-energizes the world we’ve come to love over the 400-plus episodes.”