THE PERFORMANCES | Wednesday’s two-part Double Feature premiere gave us plenty to sink our teeth into, but nothing was quite as satisfying as the all-you-can-eat buffet of delight served by Peters and Conroy as “pugilists of prose” Austin Sommers and Belle Noir. Oh, how we feasted.

From the moment we first saw (and heard!) those eccentric beauties in that dimly lit P-Town piano bar, doing Dolly Parton and Kenny Rogers proud with a smooth rendition of “Islands in the Stream,” we were entranced. If we’re ranking performances here, it was easily the greatest Horror Story musical moment since Jessica Lange led the residents of Briarcliffe Manor in that manic round of “The Name Game” all those years ago.

Austin and Belle’s mutual hubris made them impossibly fascinating from the jump. And Peters and Conroy relished every line of delicious dialogue, savoring each flowery self-compliment as their characters constantly reminded us of their shared brilliance. Plus, hearing Conroy drop a line like “The kind of Vitamin D I like doesn’t come from the sun” was just… well, it was more than we even deserved.

After just two episodes, Double Feature already feels like a return to form for the long-running FX franchise, thanks in no small part to hauntingly entertaining performances from bonafide powerhouses like Peters and Conroy. 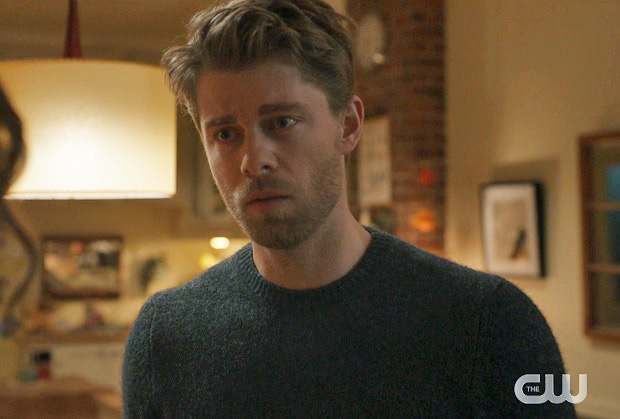 HONORABLE MENTION | In exploring the difficult subject matter of physical abuse at the hands of a parent, The Republic of Sarah has given Luke Mitchell plenty of incredibly challenging and rich scenes. This week, Mitchell’s Danny reluctantly listened to his mother’s apology for what she inflicted on him as a child. The actor kept Danny’s rage tightly under wraps as he took in her words, but that anger later exploded in the privacy of his motel room, where he frantically paced and punched a mirror. The brokenness and pain inside of him was written across Mitchell’s face as Danny tearfully asked his sister Sarah, “When do I get to be OK? It’s apparently so easy. When do I get to be fixed?” before collapsing in her arms. There are no easy answers or tidy resolutions in this particular storyline, but one thing is certainly clear: Mitchell is more than rising to the complex material. 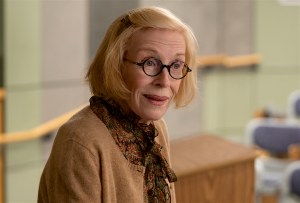 HONORABLE MENTION | Netflix’s college campus comedy The Chair boasted a dean’s list full of excellent performances, but Holland Taylor shot straight to the top of the class with her hilarious work as feisty old professor Joan. She peaked in Episode 4, as Joan berated a student for giving her a negative class evaluation, passionately defending Chaucer’s The Canterbury Tales with a foul-mouthed tirade: “If you can’t figure out that he’s a badass, stay the f—k out of my classroom.” It was a gutsy, gut-busting performance from the TV veteran, pumping vigorous life into a character callously cast aside by the profession she loves so dearly. Taylor clearly had a ball playing Joan… and we had a ball watching her. 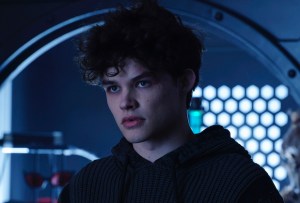 HONORABLE MENTION | In Titans‘ first season, Curran Walters‘ Jason Todd was asked to be little more than “defiant.” But with this week’s deep-dive into why Jason went mano a maniac with the Joker, Walters made the most of his meatiest episode to date. In therapy with Dr. Leslie Tompkins, Walters tapped into a quieter, introspective Jason, whereas his scenes with Jonathan Crane were a rousing bit of cat and (overmatched) mouse. But when Bruce benched his latest Robin (for the boy wonder’s own good), Walters had us feeling the hurt of the demotion. “Oh, so I’m a f–king mistake now?!,” Jason asked. “No matter what Dick does, you keep giving him more and more. Why don’t you do that with me? What’s so bad about me?” After fruitlessly begging Bruce for another chance, you had to wonder how far Jason would go to prove himself — which made his next actions and his susceptibility to Scarecrow all the more believable.