We’ve got questions, and you’ve (maybe) got answers! With another week of TV gone by, we’re lobbing queries left and right about dozens of shows including Never Have I Ever, The White Lotus, The Haves and the Have Nots and Good Girls! 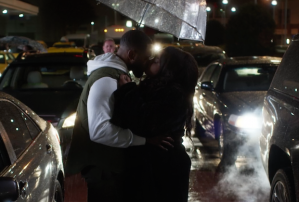 1 | Who else was confused by New Yorkers applauding First Wives Club‘s Hazel and Nigel romantic gesture blocking traffic at JFK in the Season 2 finale? Wouldn’t there be angry honks and airport staff yelling at them to move?

2 | Now that Never Have I Ever has been out for over a week (SPOILER ALERT!): Were you surprised that Devi and Paxton ended the season as boyfriend and girlfriend? And is anyone else as in love with Devi’s grandmother as we are?

3 | Do the Emmys at large need to take a breath and seriously rethink where streaming shows such as Julie and the Phantoms, Animaniacs and Dash & Lily compete? Rather than lump shows into vaguely defined Daytime Emmy races or have online soaps compete in some mish-mash “Daytime Fiction” category, rather than against broadcast sudsers?

4 | Could Evil have done a little better job of pointing out that — as EP Robert King noted — that exorcism spaces are often cleaned with ammonia, so the smell of the liquid that burned Leland would’ve been masked? 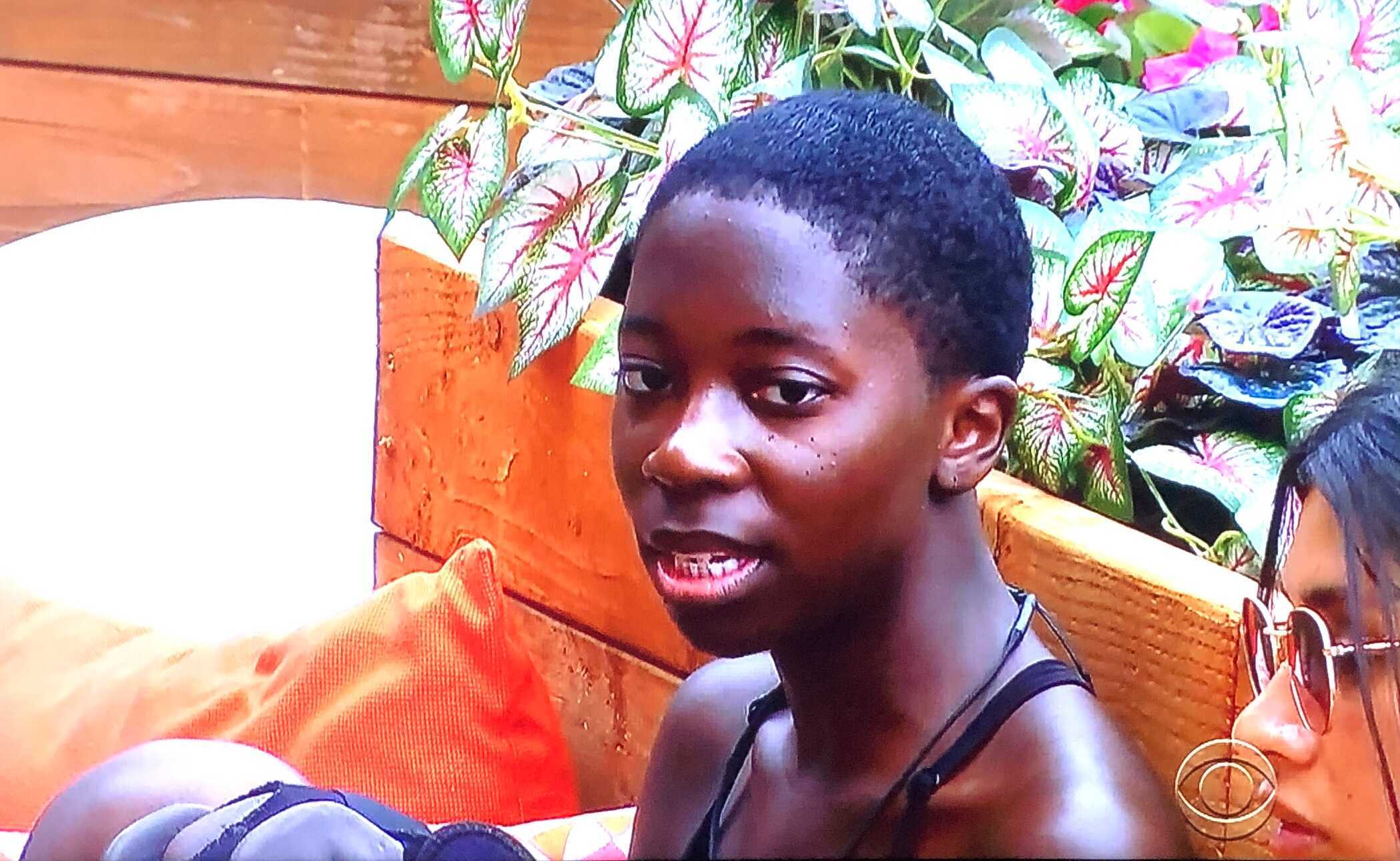 Did this awkward Love Island camera angle go out of its way to crop out Cashay’s knee brace because… what, knee braces are unsexy? Speaking of… here is the big question: Should Cinco end up with Trina or Cashay?

7 | Are salty Power fans justified in wanting the Ghost, Tommy and Angie origin story that was teased in 2020 but still has not been realized?

8 | On The White Lotus, wasn’t it a little too convenient plot-wise for a hotel staffer to bring Olivia and Paula’s abandoned (and drug-filled) backpack directly to resort manager (and recovering addict) Armond, instead of just taking it to Lost & Found?

9 | Rather than launch CNN+ as a standalone streaming service, wouldn’t it make more sense for WarnerMedia to make it a channel (or a possible add-on) within the HBO Max ecosystem?

10 | The Republic of Sarah viewers, did you notice that we never saw Sarah and Grover’s or Sarah and Weston’s lips touch when they kissed? On a related note, just once, could we get a journalist character that doesn’t hook up with their subject? And is anyone else confused about the timeline of Corinne’s past? If she was a teen mom post-Danny, does that mean they were engaged in high school??

11 | Since at least two Celebrity Dating Game bachelorettes didn’t know the name of any male supermodels, do you reckon at least one of the runner-ups had zero idea they were hugging Tyson Beckford at the end? 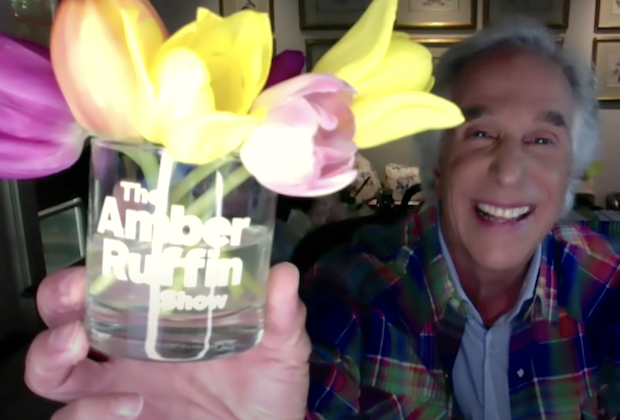 Did it delight you to discover that Henry Winkler is something of an Amber Ruffin superfan during his interview on Monday’s Late Night With Seth Meyers?

13 | Should be worried about Apple TV+’s upcoming The Problem With Jon Stewart, if that painfully unfunny faux movie trailer released on Tuesday is an indication of the writing we should expect?

14 | How did The Haves and the Have Nots‘ Tanner know that when he delivered his bomb in a box to Jeffrey that his intended victim wouldn’t immediately open it, thus killing them both? Does anyone not think that it was Laura who was gunned down instead of Veronica? And how much would you pay Tyler Perry to create a Hanna-centric spinoff? Finally, to paraphrase one TVLine commenter: Having witnessed the series finale, are you now kinda worried how Tyler Perry will one day end The Oval? 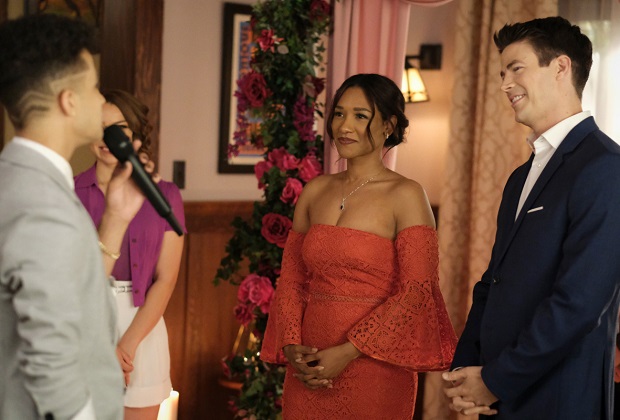 15 | Would you rather The Flash‘s Bart have sung “Running Home to You” at his parents’ vow renewal? Rather than a song that, what, asks the woman to “settle for me”?

16 | Was there something delightful about how — in a world of reality competitions with overly dramatic, inscrutable judges — the Crime Scene Kitchen judges were nearly orgasmic after sampling what would turn out to be the $100,000-winning cake?

17 | Are you shocked at how nice Sistas‘ Maurice was to Sabrina when she needed him the most? How long do you think this niceness will last? 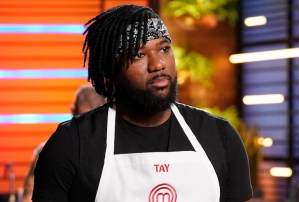 18 | Did you disagree with this week’s brutal MasterChef elimination, of someone who left one ingredient in the fridge versus someone who made a complete travesty out of all five ingredients?

19 | How proud were you of Good Trouble‘s Dennis for telling the rest of the Coterie residents about the son he lost? (And speaking of pride, were you impressed by how well the show’s leading ladies did on Sunday’s Celebrity Family Feud?)

20 | Does The Good Fight have you freaking out about what’s going on with COVID long-hauler Jay? 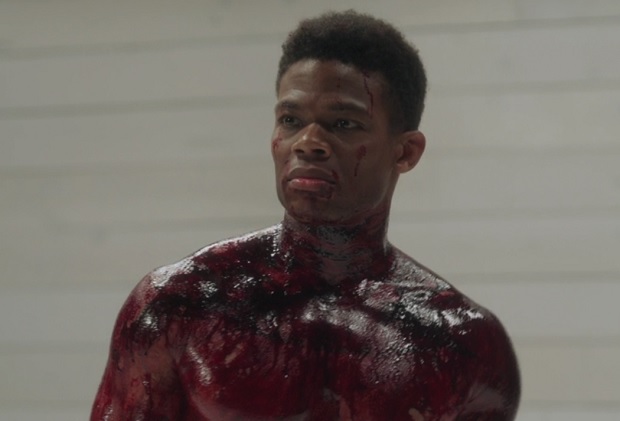 21 | On Gossip Girl, how unrealistic is it that a high school computer science teacher outsmarted an intelligence agency with a firewall? After going inside almost every other character’s home life, we have to ask: Does Aki have a family or a house? And did you recognize Paul James (aka Greek‘s Calvin) as the nude actor in the Jeremy O. Harris play?

22 | Good Girls series finale SPOILER ALERT! Are we supposed to believe that Phoebe and Dave never would have pursued Beth for Lucy’s murder weapon? Does that mean Annie turned herself in for… nothing? And what’s the harder pill to swallow: That we’ll never find out if Annie gets out of jail, or that we’ll never get to see Beth boss Rio around for a change? Lastly, who annoys you more: Pyramid scheme head-douche Vance, or Annie’s quasi-homeless boyfriend Kevin?

23 | Frenchie most definitely had one of the most chaotic reigns in Big Brother history, but did you at least feel a little sorry for him as he walked out of the house Thursday? And how much longer do you think the teams twist is going to last?