The gauntlet — er, crowbar — has been thrown down.

In the full trailer for Titans Season 3 on HBO Max, Bruce Wayne (played by Iain Glen) is ready to clock out as Batman following the brutal death of an ally. In his stead, Bruce invites onetime sidekick Dick Grayson (Brenton Thwaites) to step up as a “better” Caped Crusader.

As previewed at last year’s DC FanDome event, “circumstances draw our heroes to Gotham City” in Season 3, “where they will reunite with old friends and face new threats.” 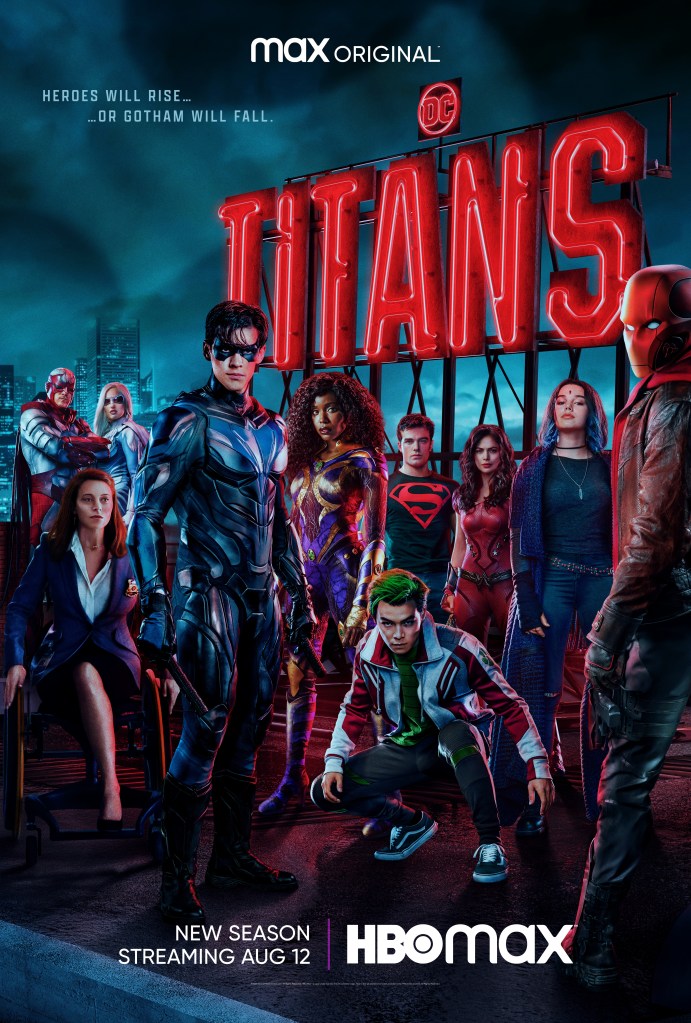 New to the mix for Season 3, besides Welch and Kartheiser, is Jay Lycurgo (I May Destroy You) as Tim Drake (get first look).

The first three episodes of Titans Season 3 will debut Thursday, Aug. 12, with subsequent episodes premiering weekly every Thursday (through Oct. 21).

Want scoop on Titans Season 3, or for any other show? Email InsideLine@tvline.com and your question may be answered via Matt’s Inside Line.