The poster for Brooklyn Nine-Nine‘s eighth and final season (premiering Thursday, Aug. 12, at 8/7c) features one fan-favorite joke and one very fluffy boy.

Meanwhile, the tag line for the final season reads, “One last ride. (Title of your sex tape)” — and we wouldn’t accept any other variation.

With so little known about B99‘s eighth season, it’d be easy to make assumptions based on the key art alone. For instance, not a single character is seen with their police badge — though Hitchcock is holding an NYPD mug. And this is the first time the Fox-turned-NBC sitcom has released a poster with Holt in civilian clothes. (Hmm…)

The network previously released the following Season 8 logline, which hinted at “a very difficult year” for the Nine-Nine:

“Jake and the squad must try to balance their personal lives and their professional lives over the course of a very difficult year.”

Brooklyn‘s 10-episode sendoff was delayed when the first four scripts were scrapped in light of last summer’s nationwide protests against police violence, following the horrifying murder of George Floyd. Soon after, Andy Samberg confirmed that the series was “taking a step back,” as the cast, writers and producers contemplated “how you make a comedy show about police right now.” 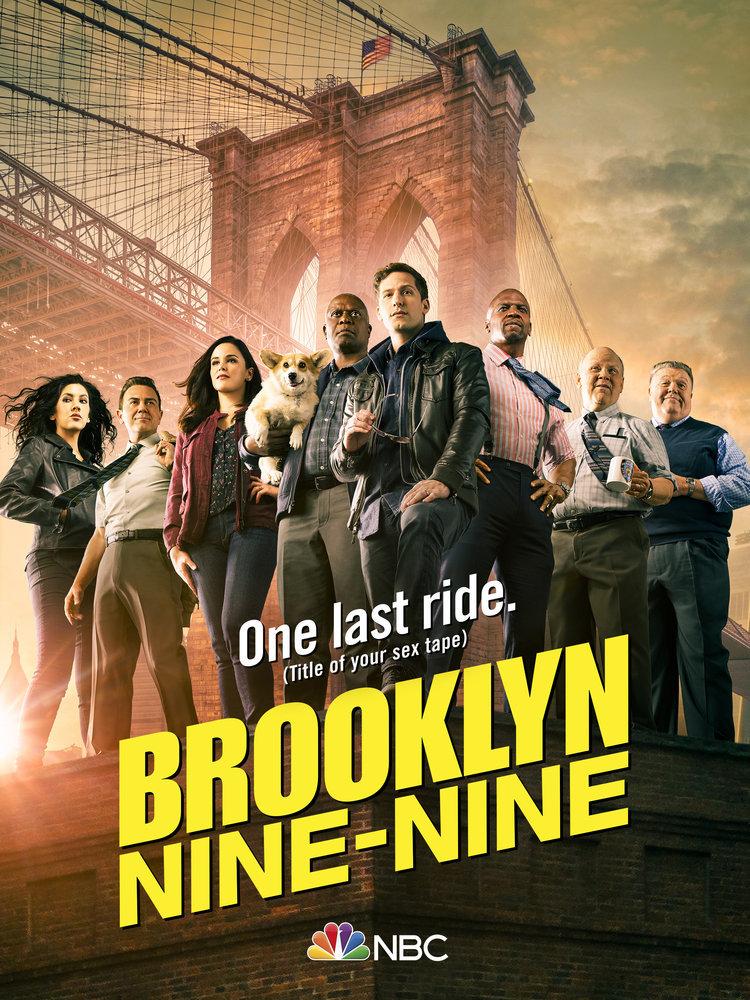