Is Stargirl‘s JSA struggling with more than supervillains? What ails a Virgin River favorite? Could that Rookie romance one day, someday (maybe) happen?  Read on for answers to those questions plus teases from other shows. (Email any brand-new Qs to InsideLine@tvline.com.) 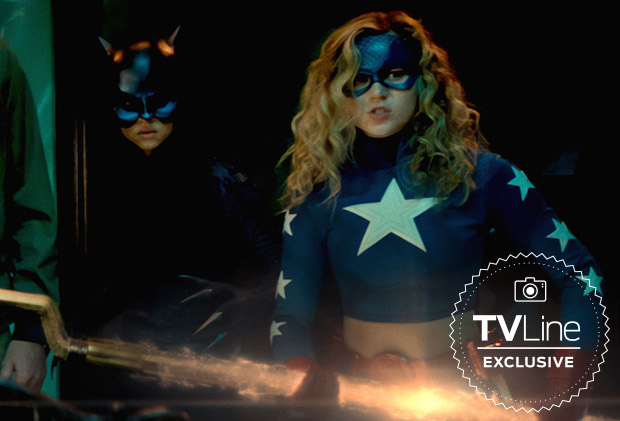 Can you tell me anything about Beth’s journey in Season 2 of Stargirl? –Jenny
Each of the young JSA members has multiple things on their plate when Season 2 arrives Tuesday, Aug. 10 and their school year comes to an end. Anjelika Washington’s Beth, for example, is struggling to get Chuck back online (be careful what you wish for?) while also dealing with a most unexpected bit of personal drama.

Is Stargirl‘s Cameron going to become evil, like in the comics? –Naube
That is certainly what at least one person is hoping will happen, as the season premiere draws to a most provocative close.

Is Syfy still planning the Sanctuary reboot that was announced in early 2020? –Stacie
Said Sanctuary reboot is still out there, though the once-reported involvement of Syfy and/or series lead Amanda Tapping at this time is unclear.

I would love any scoops you have on The Rookie — especially anything Chenford-related! –Mariah
Rest very assured that in my season-ending convo with Alexi Hawley, I asked if he has at least given some thought to what a Lucy/Tim workplace romance could look like… someday… maybe… when/if the time is ever right. His response, alas: “I haven’t given a ton of thought to that yet.” (And thus concludes the “Chenford” Qs for the off-season!) 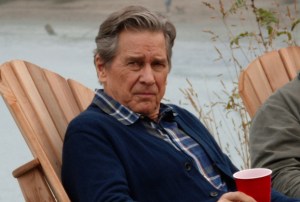 Is Virgin River‘s Doc going to be OK?  –Nikki
That depends entirely on your definition of the word “OK.” Virgin River’s resident healer is, in fact, facing potential blindness when the show returns for Season 3 on Friday. And while we can’t give too much away, we’ll say that his diagnosis — and his new outlook on life — has a major impact on his personal and professional relationships in town. If you’re worried about a lack of Doc this season, fear not, because Tim Matheson’s character is arguably featured more than ever.

Are any other networks thinking about picking up Rebel?  –beachlvr
The one-and-done ABC drama is still being shopped around, yes, but there remains nothing to report.

Can you share any details about the fifth season of TNT’s Animal Kingdom? It’s the first one without Ellen Barkin’s Smurf and I’m curious to see what it’ll look like. —Jonathan
According to TVLine’s resident Animal Kingdom recapper, Charlie Mason, who got an advance peek at Sunday’s premiere, it’s risky business as usual for the Cody clan — exactly as one would hope. Though Smurf’s presence looms large over the episode, her sons and grandson have more to contend with than their reactions to her passing: The erstwhile Janine’s last hurrah left them not only a whole lot richer but in a whole lotta hot water with her nephews.

I recently came across Animal Kingdom on Amazon Prime and binged all four available seasons. Any scoop on Season 5? —Michael
Based on Sunday’s “Red Handed,” you can expect Pope, long his mother’s violent attack dog, to reevaluate who he is now that she’s dead. And of course, with Pose vet Charlayne Woodard being added to the cast as Pam Johnson, the Codys will have to decide how to handle the old crony to whom Smurf bequeathed the fortune they feel is rightfully theirs.

Do you have any scoop as to when P-Valley or Claws will return?  They are my summer favorites. –Marcy
Claws Season 4 is currently on pace for a Q4 premiere, while P-Valley‘s sophomore run only started production very recently, and thus won’t arrive until 2022. 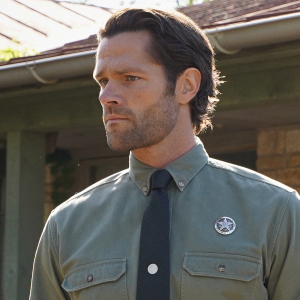 Can you give us anything on Walker? –Paige ”
“The events of Episode 13 lead us to believe the Rangers, the Walker family, that we still don’t have the answers that we needed in Emily’s death,” Jared Padalecki previews. As a result, “Walker and his family seek to find out the real, full truth, and that brings up answers that they never would have expected.”

When James Marsters appears on Leverage: Redemption with Christian Kane, is it too much to hope for a couple of inside jokes or nods to their previous “lives” on Angel? –HtotheB
Hope away, because it sounds like that episode (which is one of the eight not arriving until fall) will be rather… angelic. “I mean, we may have done a couple of Easter eggs in there for the fans, to be honest with you…,” Christian Kane shared with me. “We were always trying to kill each other [on Angel], and we did that this time really, really subtly, with different hats on.”

I’m curious if you’ve heard anything regarding Prodigal Son, whether it’s still being shopped or if it’s officially done? –Maddy
Son be done. I’m hearing that efforts to find the WBTV drama a new home have come up empty.