THE PERFORMANCE |  Over the first three episodes of this dark, 1980s-set comedy, Byrne’s Sheila Rubin patiently patronized husband Danny’s bid for local office. But this Friday, when it came time for the hubs to step up, he instead passed out — literally, in a drug-infused daze. And Byrne made our anticipation of Sheila’s reaction worth the wait.

Leading up to that explosion, Byrne shined bright in quieter scenes, such as when Sheila started to suspect that she and frumpy Greta have more in common than the former would ever, ever admit. Or, when Sheila discovered that Danny had hired an old pal to run his campaign. (Just watch Byrne’s face as Jerry spews misogynist mantra after mantra; you can practically hear her skin crawl.)

And yet Sheila was committed to the politician’s wife bit, which she supremely played at a country club shindig that should have fattened the campaign’s coffers — if the candidate had shown up. Instead, Sheila would learn, Danny and Jerry joined some nubile “supporters” on a psychedelic beach romp, after which the motley crowd made camp at the Rubins’ home. It was then that Sheila rightly went berserk.

“Where the f–k were you?!” she roared, swatting her poncho-clad husband again and again. “I was all by myself all night long, apologizing for you to everybody like some f–king idiot! Do you think I want to be there asking for money, for somebody who couldn’t even show up??” Danny amazingly mustered enough of the right/corny words to calm his missus, but Byrne made clear that a new sheriff was in town. “Do you want this…? Then you gotta step up,” Sheila asserted.

And step up… is what Sheila herself then did, slipping off to Bunny’s studio to present Tyler with the purloined video camera. But after catching glimpse of herself in a TV screen’s reflection and aborting one of her motel room binge-and-purges, the aspiring aerobics star isn’t looking to use it on Danny’s behalf.

“F–k the campaign video,” she sniffed. “I’m ready to make a fortune.” 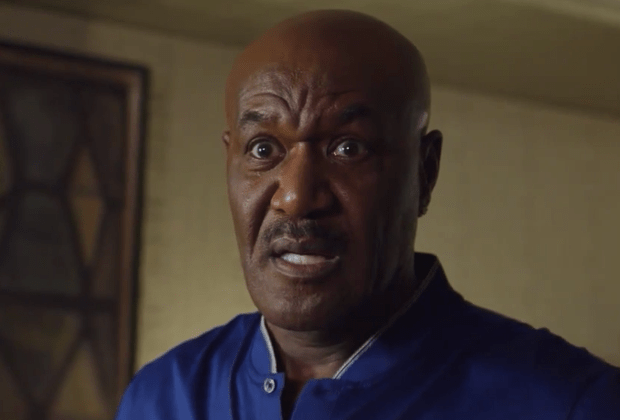 HONORABLE MENTION | Departing Good Fight star Delroy Lindo saved his best for last, delivering a series of breathtaking performances in his swan song as attorney Adrian Boseman. As Adrian grappled with the horror of George Floyd’s murder in the flashback-themed premiere, Lindo infused his character with unrelenting fury. “Giving in to anger is the only sane response right now,” Adrian seethed to his political strategist Ruth (Dame Margo Martindale), Lindo’s eyes and vocal chords filled with palpable rage and pain. Later, after getting dumped by girlfriend Charlotte (the formidable Tamberla Perry) after a major breach of trust, Lindo deftly laid bare Adrian at his most emotionally erratic. And when the aspiring politico quietly bid adieu to esteemed partner Liz (Audra McDonald) in the episode’s final moments, Lindo was a vision of grace and restraint. It was a classy, elegant sendoff. 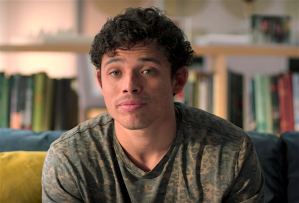 HONORABLE MENTION | In Treatment‘s Eladio finally sat down with his therapist Brooke in person this week, and Anthony Ramos upped his game as Eladio flirted with a major psychological breakthrough. Ramos had a manic energy at first as Eladio thanked Brooke for inspiring him to quit his job, but he quickly deflated when Brooke started to press him on his true motivations for quitting, thumping his chest and balling up his fists in frustration. Ramos was achingly vulnerable as Eladio sat confused by Brooke’s lack of support, searching for the unconditional love he never got from his mother and touching on some deep-seated abandonment issues. Eladio is smart and self-aware, but he’s also highly sensitive, and Ramos is crafting a fascinatingly nuanced portrayal of a man just yearning to be accepted. 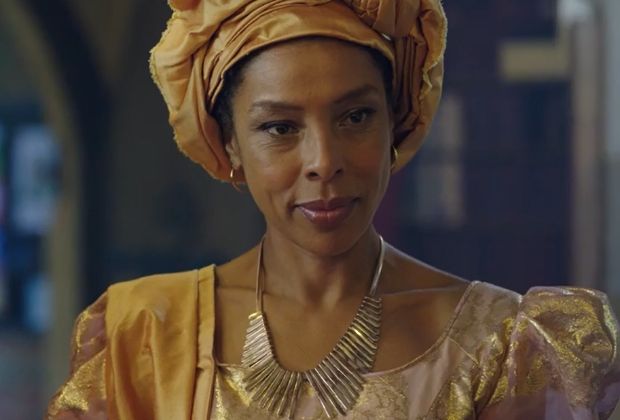 HONORABLE MENTION | The evolution of Oscar nominated-actress Sophie Okonedo on Flack, from Robyn’s bawdy, quip-efficient boss in Season 1 to a force of nature demanding closer looks in Season 2, is masterful. This was never more evident than in Episode 4 titled “Duncan,” in which her character Caroline exhibited a wide range of emotions while grieving her ex-husband at his funeral. Adroitly navigating the racism, sexism and classicism of Duncan’s aggressively white first wife, son and friends, Okonedo gave Dahomey Amazon vibes as she donned a golden and regal African head wrap amid a backdrop of judgmental mourners in black. However, Caroline’s brief and defiant eulogy about “an old man from Kintyre, who worked his whole life in PR,” juxtaposed with her weepy vulnerability behind a bathroom stall door, ripped away the steely façade and brought Okonedo’s performance full circle.