Sporting bleach blonde hair, Chambers — playfully taking on the role of waiter — can be seen interrupting Pompeo’s seemingly intimate dinner with fellow former co-star Eric Dane. “What would you like for dinner?” Chambers asks the pair, prompting Pompeo to break character. In a subsequent video (also posted to Pompeo’s Instagram stories — watch here before it disappears!), Pompeo captures Chambers and Dane sitting silently alongside each other.

Scroll down to check out a pair of screen grabs from the mini-Grey’s reunion. 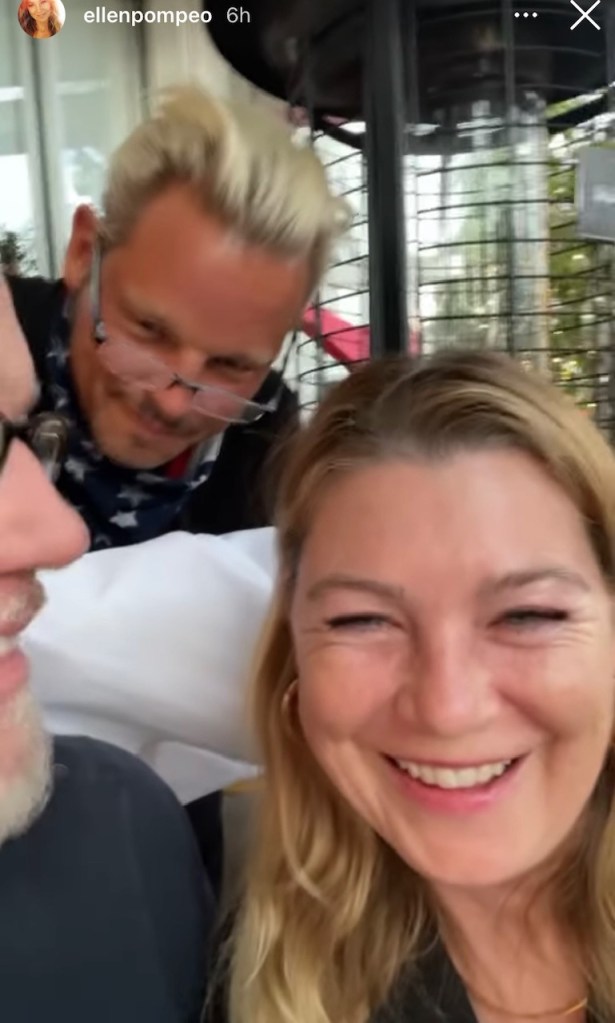 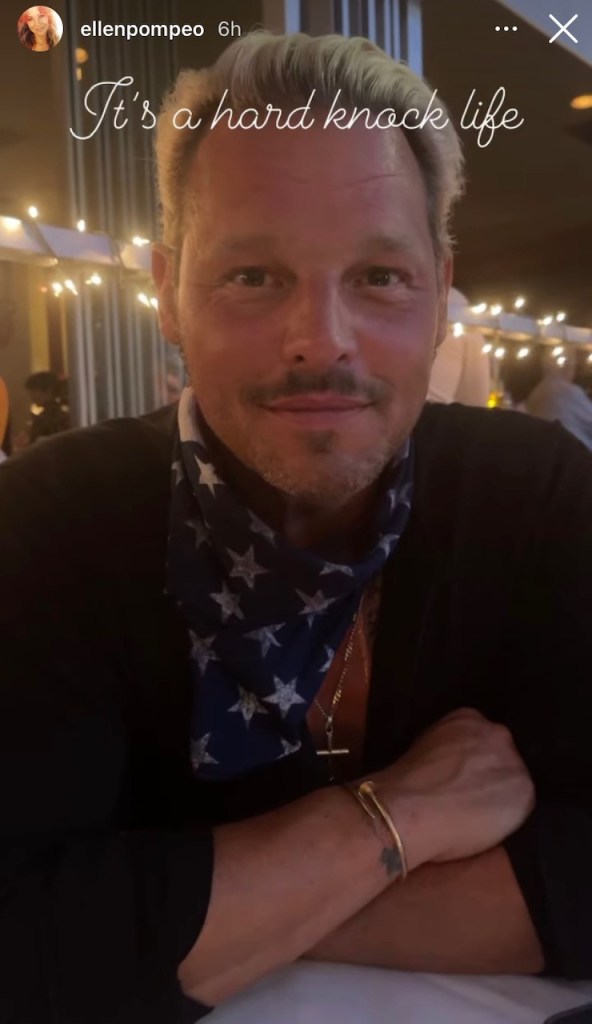 Chambers has maintained a fairly low profile since departing Grey’s Anatomy amid controversy a year and a half ago. (The actor’s last episode aired in November 2019, but viewers were not aware it was his swan song until his exit was announced publicly two months later. Chambers later returned, but only in a voiceover capacity, for his send-off installment in March 2020, which revealed that Alex had left his wife Jo and reunited with ex Izzie, who had his children.)

“For me personally for Karev to go back to the beginning…. was the best possible storyline,” Pompeo wrote on social media at the time. “It pays homage to those incredible first years and the incredible cast… that created a foundation so strong that the show is still standing. So let’s not be sad. As our fearless leader [episode director Debbie Allen] always says let’s PULL UP and celebrate the actors, the writers and the fantastic crew who make this show come to life every week.”

Prior to that, Pompeo characterized Chambers’ exit as one of Grey’s Anatomy‘s “biggest losses yet.”

To this day, neither Chambers nor anyone connected with Grey’s Anatomy has revealed the reason behind the actor’s abrupt departure — although Chambers has hinted that a desire to pursue other projects played a role.

“There’s no good time to say goodbye to a show and character that’s defined so much of my life for the past 15 years,” Chambers said in a statement at the time. “For some time now, however, I have hoped to diversify my acting roles and career choices. And, as I turn 50 and am blessed with my remarkable, supportive wife and five wonderful children, now is that time. As I move on from Grey’s Anatomy, I want to thank the ABC family, Shonda Rimes, original cast members Ellen Pompeo, Chandra Wilson and James Pickens, and the rest of the amazing cast and crew, both past and present, and, of course, the fans for an extraordinary ride.”