Deep breath (of snow and ashes), Outlander fans: The first Season 6 photos are here, and one of them is hot enough to be a Fraser’s Ridge fire hazard.

In observance of World Outlander Day (which, sure?), Starz on Tuesday released several new photos from the upcoming Season 6 — and announced that we’ll all be hopping back in time in early 2022.

The eight-episode season will premiere sometime after Hogmanay (aka after Jan. 1) and will kick off with a 90-minute first episode. The season will be based on A Breath of Snow and Ashes, aka the sixth book in Diana Gabaldon’s Outlander novel series.

Season 6 will find Claire and Jamie continue to grow the community of people who live on their plot of land in backcountry North Carolina, all while the American Revolution brews in the background. Or, as the official synopsis puts it, “If Season 4 asked ‘What is home?’ and Season 5 asked, ‘What are you willing to do to protect your home?,’ then Season 6 explores what happens when there is disharmony and division among the inhabitants of the home you’ve created: when you become an outsider, or an ‘outlander,’ so to speak, marginalized and rejected in your own home.”

In March, Starz renewed Outlander for a supersized 16-episode seventh season, which will be based on Gabaldon’s An Echo in the Bone.

Scroll through the photos below to get a look at the Frasers (and MacKenzies) in action — including the aforementioned shot of Himself and Herself — then hit the comments with your thoughts! 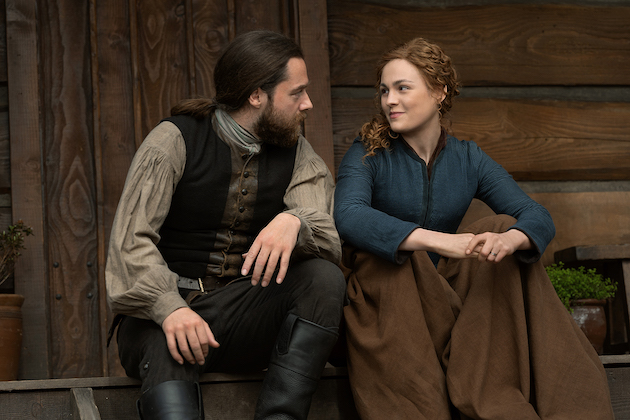 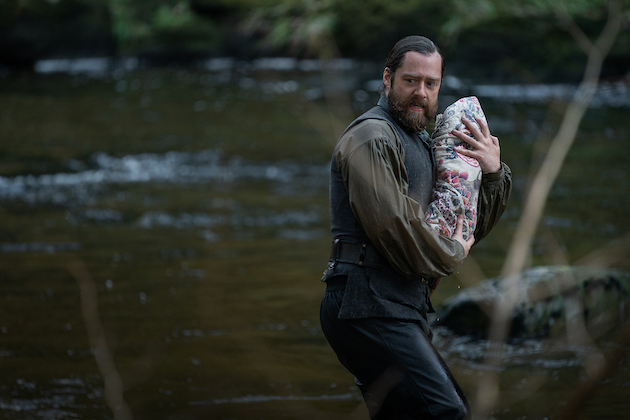