We’ve got questions, and you’ve (maybe) got answers! With another week of TV gone by, we’re lobbing queries left and right about dozens of shows including Prodigal Son, The Flash, Mom and Younger!

2 | On Pose, are we to believe that a few measly air fresheners did anything at all to mask the stench of the rotting corpse in Elektra’s closet? She just lived with it in there for years?

3 | Is it wrong that Legends of Tomorrow‘s secret sauce episode had us craving a burger? Where did Mick disappear off to after he was done spying on the cops? And Spooner’s “pained grimace face” is going to get real old real fast, isn’t it?

4 | Did Zoey’s Extraordinary Playlist‘s flashback episode help you understand Zoey behavior this season when it comes to Max and her love life? But did it also feel like that insight came a little too late in the season? And was Joan’s absence on the fourth floor glaringly obvious during the flashbacks?

5 | Are The Equalizer‘s Bishop and Robyn really dunzo as work besties? And does Dante really think he can take down the great Robyn McCall?

6 | What was The Rookie‘s biggest eye roll — that a first-year detective is the LAPD’s main and only liaison to a crime lord…  that everyone is seemingly OK with Chen forgoing “hundreds of hours” of training to be a long-term UC… or that Bradford and Nolan pretty handily fended off five armed goons?

7 | In The Nevers‘ latest episode, didn’t it seem like everyone suddenly started using the term “Galanthi” as thought they’d been doing so all along? 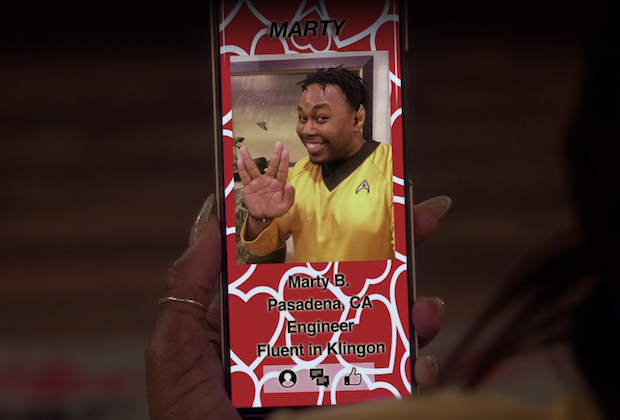 8 | Have the producers of The Neighborhood ever seen what an actual dating app looks like?

9 | There was something strangely satisfying about the beatdown Black Lightning‘s Khalil/Painkiller gave those rednecks, no? Also, can we give a moment of silence for Uriah? His chemistry with JJ, though short-lived, was electric.

10 | Were you just starting to kiiiiinda understand Debris (sorta), when this week’s final scene trotted out Black Water Grandfather and the four colors of buried metal? And has there ever been more distracting facial hair than the fake beard on Flashback Bryan?

11 | The Good Doctor‘s Shaun has lost his brother, his rabbit, essentially his parents, and now his daughter…. Hasn’t he been through enough?

12 | Did watching The Flash remind you of all those great beach dates Oliver and Felicity used to have? (Speaking of which, doesn’t this establishing shot like a photo from The O.C.?) Also, were you a bit impressed that the show planned ahead for the reveal of who Wells was looking at earlier this season during the Speed Force recharge? Or did said reveal only underwhelm you?

13 | When New Amsterdam‘s Max got rid of red meat in the hospital meals, why did no one bring up chicken, turkey, fish or, like, Impossible meat as an alternative?

14 | Given how this week’s Prodigal Son ended, did you have to triple-check that it wasn’t the season — actually, make that series — finale? And after two full seasons of buildup, did Bright and Dani’s first kiss ultimately leave something to be desired? 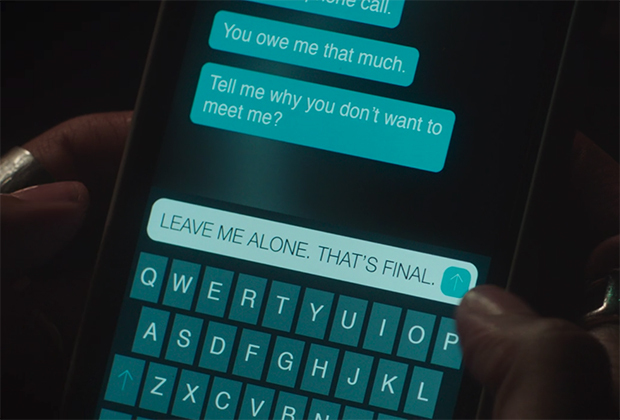 15 | We respect why The Resident‘s Billie doesn’t want to meet her son in person, but wasn’t this all-caps text message a bit much?

16 | For anyone in the Mayans MC/Teen Wolf Venn diagram: Despite their characters’ storylines being completely separate, didn’t you sorta hope Holland Roden and JR Bourne could somehow share even one scene together?

17 | After seeing Tian Richards in action as Nancy Drew’s Tom Swift, are you rooting for The CW to pick up his spinoff?

18 | When Chicago Med‘s Will, King of Bad Choices, is telling you something you did is bad, shouldn’t you (cough, Natalie, cough) be alarmed? And did anyone really think Chicago Fire‘s Boden was going to give Stella bad news about the lieutenant’s exam in the middle of Molly’s Bar, surrounded by all her friends and colleagues?

19 | Given the strict time confines, did it make any sense for A Million Little Things‘ Maggie to be doing live segments for Dr. Stacy? Why not just pre-tape and edit them down to fit in the window? (We realize that only AV aficionados may care about this one.)

20 | Was it fair for The Challenge: All Stars‘ Nehemiah to select Kendal as his elimination partner when she had already been in twice? And heading into the final challenge, who do you think has the best chance to win it all?

21 | With all respect to Younger’s Liza, are you kinda sorta rooting for Quinn after this week’s redemptive episode? 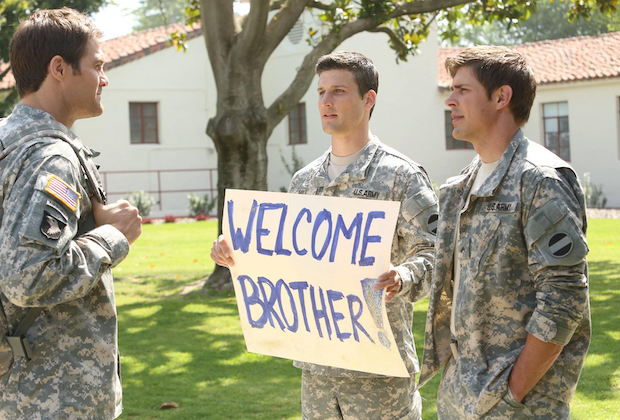 22 | As well as the dramatic moments work on United States of Al, don’t you wish the show was funnier? (We know Parker Young has it in him!)

23 | Is it us, or are 75 percent of Manifest scenes now viewed through/distorted by/interrupted by some sort of CallingVision?

24 | We know we’re not supposed to root for the bad guys, but isn’t it about damn time Legacies’ Hope activated her vampire powers? And did you also think MG and Ethan were about to kiss during their goodbye scene, or have we finally watched too much of The CW for our own good? 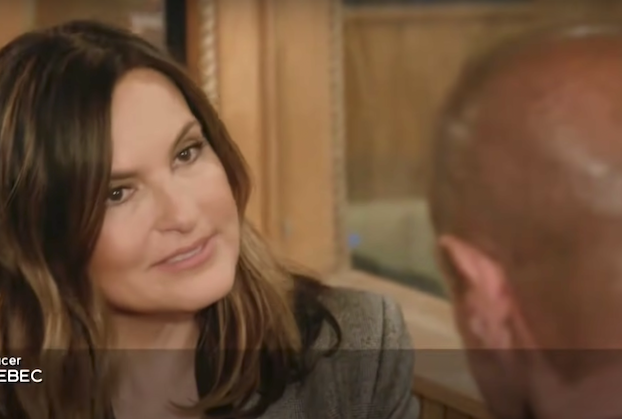 25 | As several Law & Order: SVU- and OC-watching TVLine readers asked: Where were the Benson/Stabler café scenes NBC teased in its promos for the crossover?!