For All Mankind‘s Season 2 finale doubled as Michael Dorman‘s final mission aboard the acclaimed Apple TV+ drama, as his character Gordo sacrificed his life to save dozens of his colleagues. (Gordo perished alongside his soul mate/fellow American hero Tracy, played by Sarah Jones.) The tragedy capped quite the redemptive, two-season journey for Dorman’s space cad. Below, the Patriot vet shares how he found out he was getting killed off, and reveals the “loaded discussion” that preceded his surreal final scene.

TVLINE | EP Ron Moore told us that the decision to kill off Gordo and Tracy came while you were in the middle of shooting Season 2. Were you blindsided?
I got a note that the producers wanted to chat. And whenever you get that kind of note, it’s always one of those daunting moments where you go, “OK, I think I know what this is.” You’re never certain [about your job security] — I guess that’s the game we play as actors. Going into this meeting,  I queued up Boyz II Men’s “End of the World” [on my iPhone], and we all had a good chuckle. [Laughs]

Those guys have been so great. I have the utmost respect for them. We had a really great time together. And we talked about [the reason for Gordo’s death], and it was one of those organic things. It was really fitting for the story as a whole. It made sense. If it didn’t make sense it would’ve been much more of a blindside. But it just felt right. It seemed like the perfect rounding off to such a beautiful storyline and for a really rich character. [Gordo and Tracy went] out in style — guns blazing.

TVLINE | Why do you think Gordo didn’t put up more of a fight when Tracy insisted on joining him on the risky mission, especially considering it raised the probability of their kids becoming orphans?
Everyone calls the shots for their own journey — who are we to oppose someone else’s truth? Gordo had been doing a lot of soul-searching [this season]. He had just come out of this deep depression, where he was sort of hiding from the truth. And he shifted into this new phase of himself where it’s like, “Yeah, cool, we all run our own
journeys. And we accept and own the consequences.” So, in that moment he’s like, “Fair enough. It is impossible for me to make it on my own. And there is a chance that if we do it together we can both get back. And if we 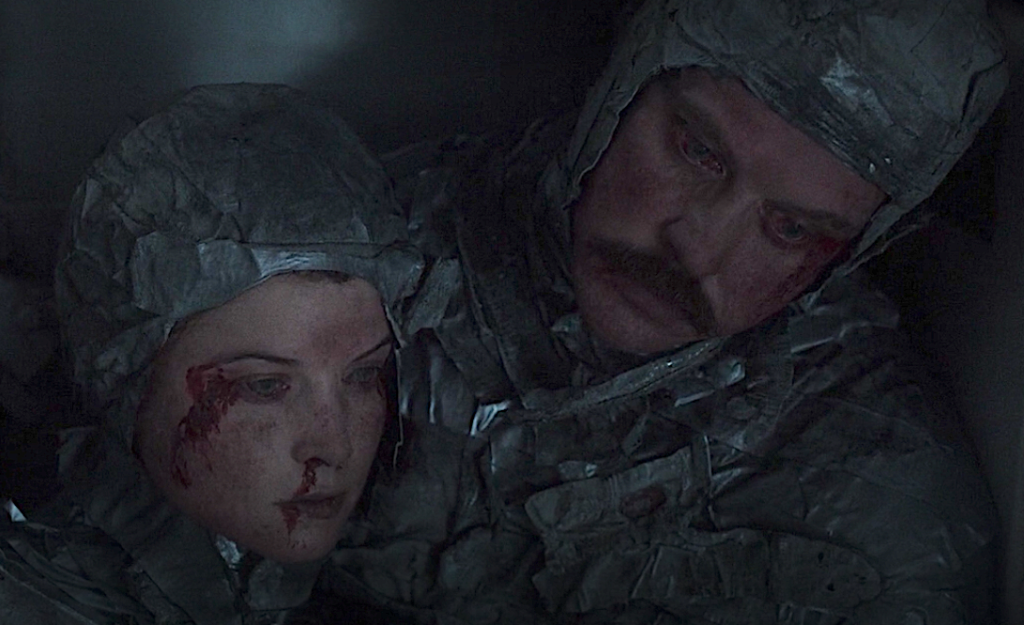 don’t get back, you’d be willing to take that fall with me? Cool. Respect.”

TVLINE | That final postmortem shot of Gordo and Tracy with their eyes wide open was a gut punch. What was it like shooting it?
We talked about how we should see them. We shot it a bunch of different ways. It was a loaded discussion. That was the last thing that we shot. And, in all honesty, it was just one of those quiet moments where you’re able to reflect on the journey that we all had taken to get to that point. It was a really special little moment.