Warning: The following contains major spoilers for the For All Mankind Season 2 finale. Proceed at your own risk!

A major crisis was averted in For All Mankind‘s Season 2 finale by the heroic sacrifice of not one but two astronauts.

With the rest of Jamestown’s crew being held hostage by the Russians, it was up to exes Gordo and Tracy to stop a nuclear meltdown from destroying the base and making the moon uninhabitable for thousands of years. But doing so required the pair to venture outside on the lunar surface without proper space suits, which ultimately led to their tragic deaths after an incredibly intense save.

Below, executive producer Ronald D. Moore reveals why Gordo and Tracy both had to die and previews what the significant loss means for Season 3 (which, as teased in the finale, will jump ahead to a human being on Mars in 1994). The EP also weighs in on the Baldwins’ marriage and the surprise reveal that Margo is unintentionally working for the Russians. 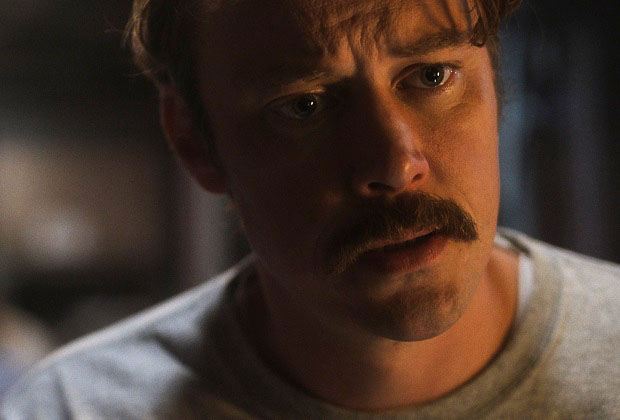 TVLINE | When did you make the decision to kill off Gordo and Tracy?
It was relatively late in the game. We were working on the last few episodes, and shooting was already underway. We had set the puzzle pieces in place — the nuclear meltdown on the moon, Apollo-Soyuz and Pathfinder all being the three main events — and we started talking seriously about Gordo or Tracy going out and making the run, and then somebody in the room said, “One of them could die when that happens.” We all sort of shied away from that. It’s like, “No, no, no, I don’t want to kill the character,” and the conversation continued, and then somebody else said, “Or they could both do it, and they could both die,” and then we really recoiled away from that. We were like, “No, we love those characters and the actors, and I don’t want to do that.”

But as time went on and we kept talking about the story, we just kept coming back to it. It was like a gravitational pull, and at a certain point, you start listening to that as writers and going, “There’s a reason we keep talking about it,” and we started to seriously talk about it and game it out and talk about the pros and cons, and what really became clear to us was it was the right ending for their story. Looking at the overall story of Gordo and Tracy from the beginning of the series and their marriage, the way they met, Tracy’s opportunity to become an astronaut, the way it affects Gordo’s career… They split up between the seasons, and then in this season, you see them on very different paths, but slowly, both of them going to the moon and both of them gradually learning and moving back towards each other. The right ending was the two of them together to sacrifice themselves and save the world, and that felt like that was the best possible ending to their tale, and so we just decided to embrace it. 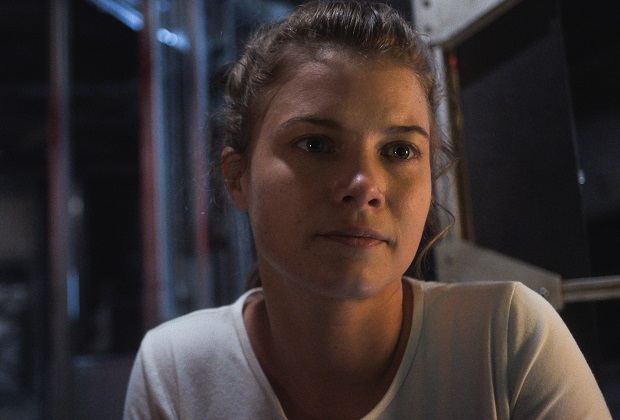 TVLINE | The way that they die is so brutal. How did you land on that specific type of death for them?
The idea of running across the moon without a suit on was something I pitched to the room as just an idea, because I’ve always been fascinated with the notion that you can live for a brief period of time in a vacuum, even though a lot of science fiction posits [that] as soon as you are exposed to the vacuum, your head explodes or something, and that’s not actually true. The sequence in 2001: A Space Odyessy where Keir Dullea goes outside the spacecraft without his helmet on and survives was always something that affected me as a kid. I was like, “Whoa, that’s crazy, you can do that.” So that notion was always in the back of my mind in terms of a cool science fiction beat to play. But if we’re going to do it on our show, we take the science so seriously. How would it really work, and how would they do it? And then someone in research came up with the notion of the duct tape suits, that they should try to do something to construct some kind of suit for themselves for the heat and for pressure, to keep their skin from just literally billowing out and bursting, and that was the only way that they could possibly do it. So we just tried to listen to everybody and tried to construct the scenario so that it was as plausible as possible.

TVLINE | How did the actors, Sarah Jones and Michael Dorman, react to their death scenes?
They were shocked when we told them. It wasn’t something, I think, anyone saw coming. It’s hard to say that to an actor, that we’ve decided to kill your character, and here is why. But when we explained the reasoning to it and said, “Here’s why we are doing it, and what it means,” they both were on board, and they were both like, “I get it.” They were sort of heartsick at leaving the show, and we were heartsick at letting them go, but I think they understood that it was all done for the betterment of the story and the characters, and it wasn’t that we didn’t love Sarah and Michael, because we adored Sarah and Michael, and they adored being on the show. But it was just everyone recognized that this was the best ending.

TVLINE | It does close their storyline, but what does it open up for you in terms of storytelling potential looking ahead at the next season?
It opens up a lot of things. One of the unique aspects of the show is that this is a generational show. It moves through the decades. So people are going to come and go. Some people are going to die, some people are going to move out of the story, younger people are going to grow up. Gordo and Tracy’s kids are young adults in Season 2. Well, they’re going to be real adults in Season 3. So they’re moving into that space as well. And now you also have Ed and Karen and their relationships with the two boys, which are very different, obviously, and the stories that that opens up in the gap of the parents being gone, and how does that affect those two boys, and how does that affect the people that knew and loved them? So there’s a lot of fertile ground to continue to play.

TVLINE | As you’re skipping ahead 10 years, given the time jump, will you need to recast the character of Kelly with an older actress?
We take that decision a season at a time. We’re not recasting Kelly for Season 3, and the same goes for Danny and Jimmy, but we’ll see as we go forward. It’s kind of an open question. You kind of have to wrestle with ideas of makeup versus recasting, but we haven’t made those decisions yet.

TVLINE | Is Sergei also being manipulated by the Russians?
I think that’s a fair way to look at it. He’s not part of the KGB. He is a scientist. He is running their version of the space program in Star City. You saw how the military influence in NASA impacted Margo’s job. She had difficulty in dealing with the Pentagon. Sergei has his own trouble dealing with the KGB and the Soviet military. So he’s not embedded in their intelligence service, but certainly, he was used by it.

TVLINE | Is there any significance to Margo standing in front of JFK’s grave and the eternal flame at the end of the finale?
Sure, it was his vision that set the United States on the path to the moon, even though in our version of history, the Russians beat them there. He was, just like in real history, a hugely influential, hugely inspirational figure to people like Margo Madison, and the eternal flame burns for a lot of different symbolic reasons to someone like Margo Madison. 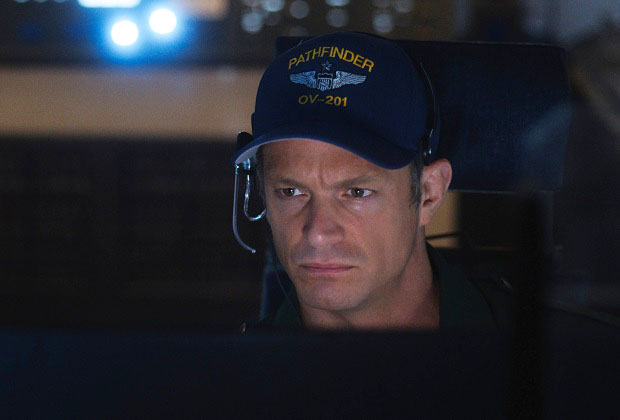 TVLINE | The end of the finale also leaves things quite open-ended with regards to Karen and Ed’s marriage. They come and leave in separate cars from the funeral. What would you say is the state of their marriage at this point?
Not in a good place.

TVLINE | Is there hope for them?
I think there’s always hope. We’ll see. I don’t think it’s a done deal by any means that it’s really over. They’re connected intimately in each other’s lives and probably always will be. The question is: Where do they go from here?

For All Mankind fans, what did you think of the season ender? Grade it below, then hit the comments!