We’ve got questions, and you’ve (maybe) got answers! With another week of TV gone by, we’re lobbing queries left and right about shows including Wynonna Earp, SEAL Team, Made for Love and Legacies!

1 | Did Wynonna Earp just not have the budget for Dark Angel Waverly to fly place to place? And did we not get a reaction from Nicole to her fiancée’s sinister new look?

2 | Between NCIS and now Magnum P.I., how many shot dogs will CBS dramas be sending to the vet this season? 😢

3 | MacGyver fans, is it safe to say that Desi’s dead/”body never found” ex will resurface? Or… maybe now there’s no time left? 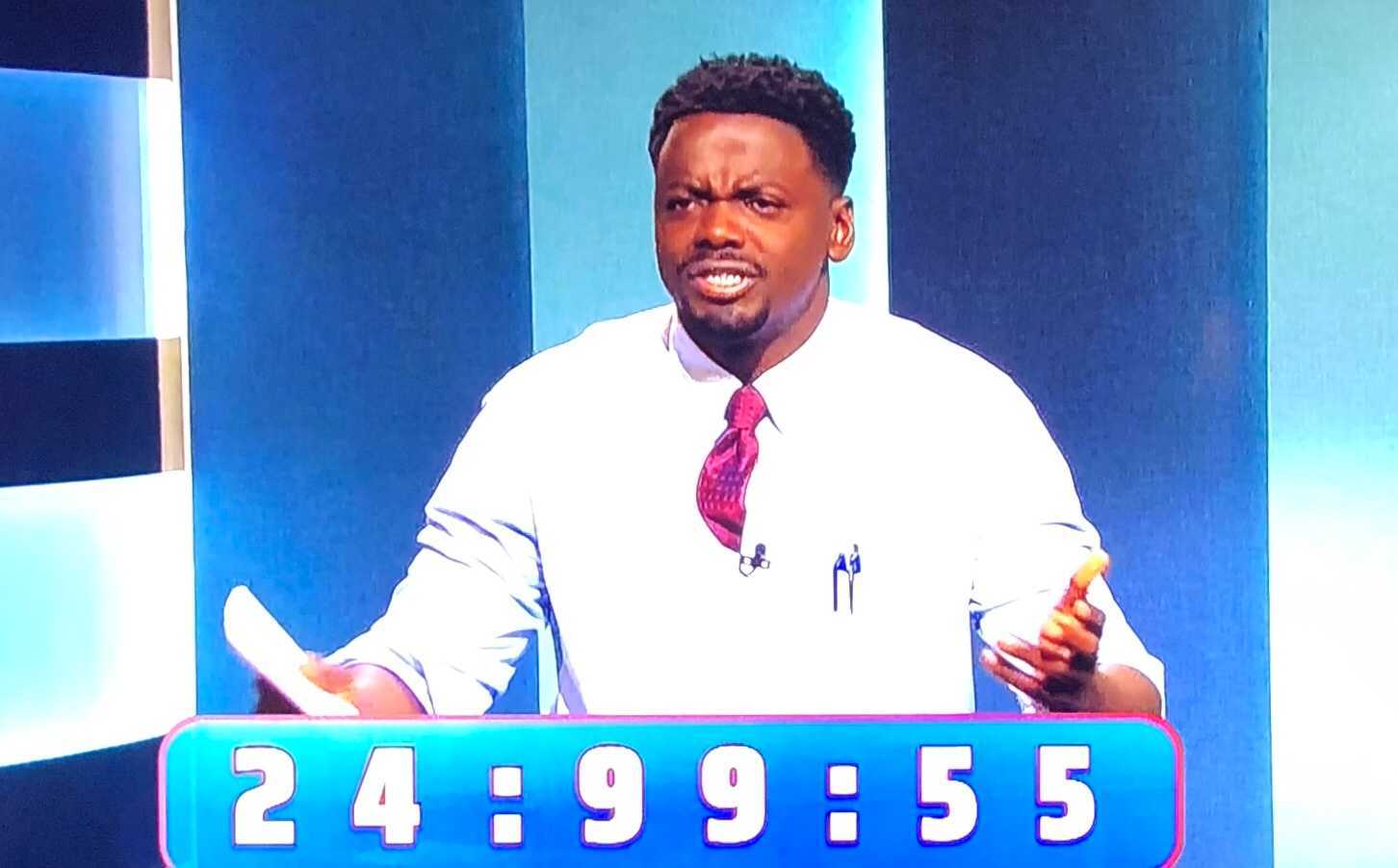 6 | Didn’t Pennyworth‘s Dave-Boy and (injured) Alfie overpower those four guards in the elevator a bit too easily? And what, the mammoth Raven HQ has just a singular elevator, that Salt was waiting for/found the (still unconscious!) guards in?

7 | As much as we enjoyed American Idol‘s Top 24 duets, didn’t it feel like some of those performances — Tori Kelly and Madison Watkins’ take on “Don’t You Worry ‘Bout a Thing,” for example — emphasized the pros way too much? 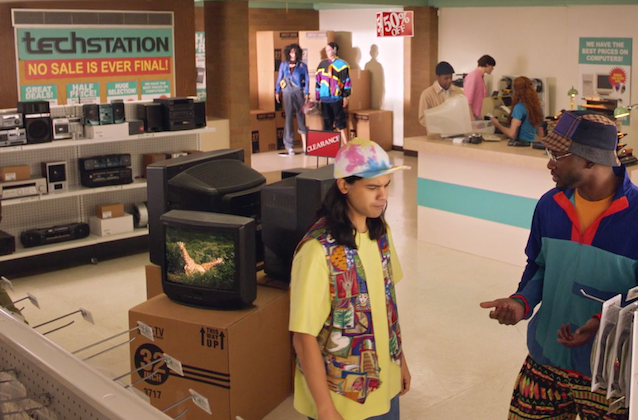 8 | The Flash‘s trip to 1998 featured a (not entirely accurate) Blockbuster Video store, but they couldn’t send Cisco and Chester into a Radio Shack to find the gizmo they needed?

9 | Was Supergirl‘s “Crisis brought worlds together, so it obviously broke the Phantom Zone apart!” one of the most “schmience”-y and illogical explanations an Arrowverse show has ever offered? Oh, and is the show ever going to explain why Kara’s bangs suddenly disappeared?

10 | Uh-oh, has This Is Us‘ Tess officially tipped over into Insufferable Teenager Territory?

11 | Are you surprised that New Amsterdam‘s Helen and Cassian are already over? Do you suspect they’ll get back together, right before Max finally confesses his feelings for Helen? Were you relieved that the show didn’t tie up its systemic racism storyline in a neat bow? And were you pleasantly surprised to see the psychopath little girl from last season again?

12 | Mayans MC fans, about how many seconds into EZ’s purchase of funnel cakes did you realize something awful was about to happen? 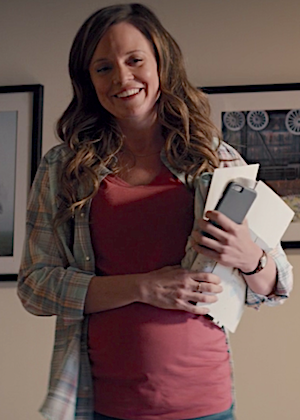 13 | Looking at the clear outline of Rachel Boston’s fake pregnancy belly here, should SEAL Team‘s Sonny maybe make sure Hannah is on the up and up? Also, has Emma grown up to be, like, the best kid ever? (Even if it means off-screen Mikey gets mentioned maybe twice per season?)

14 | How exactly was The Conners‘ Darlene able to collect a full cash refund on plane tickets that were A) given to her as a gift and B) procured using frequent flyer miles? And wasn’t next-door neighbor Ty Tilden a single dad on Roseanne? Are we to assume Mrs. Tilden was Molly’s stepmother?

15 | Did it feel too soon for Chicago Med‘s Crockett and Natalie to be saying “I love you”?

16 | How does CT always wind up in a Challenge final with little to no resistance? Do any of the other Double Agents stand a chance against him?

17 | With the additions of Jon Daly and Mel Rodriguez, does Made for Love‘s cast keep getting better and better? And how can next week be the season finale already, when it feels like the story is just getting started? 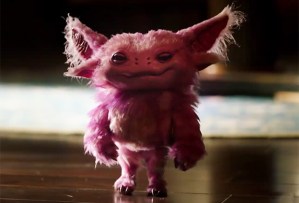 18 | While the wait continues for Warner Bros. to give us an official line of Beebo plushes, can we also add Legacies‘ gremlin to our wish list?

19 | Are we to surmise that Angelina’s time capsule on Manifest wasn’t buried very deeply (at all), given that Olive was able to “dig” it up using a blunt, nearby rock?

20 | Law & Order: Organized Crime viewers: Wasn’t it a little on the nose that the stolen shipments of the coronavirus vaccine were labeled “COVID-19 VACCINE” in bold letters? When Stabler was talking with his fake date and mentioned that her doctor was taking the vaccine out of the hands of children, did he forget that kids currently can’t receive it? As several readers noted: In an episode that was so focused on the pandemic, why did nearly no one wear a mask? And finally: There’s no way Liv is going to just “drop it,” as Elliot asked, is she? 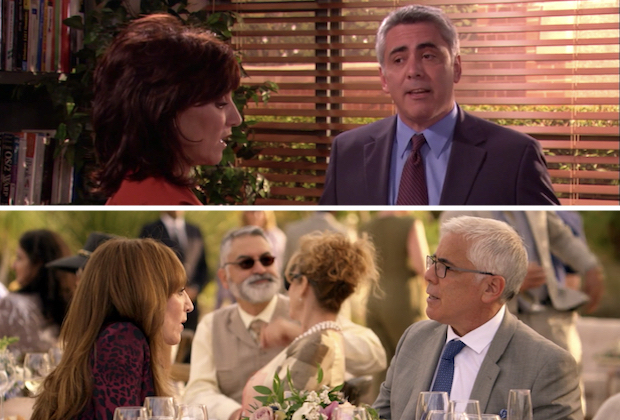 Did any other Rebel viewers spot this 8 Simple Rules reunion?

23 | Of all of Chuck Lorre’s CBS sitcoms, did you expect the 1990s-set Young Sheldon to be the one to allude to pandemic-era education struggles, with Sheldon suggesting that remote learning could be “the wave of the future”?

24 | At this rate, will Falcon and the Winter Soldier‘s Power Broker reveal even be a Season 1 story? It seems like the final two episodes have a lot of ground to cover, given how this week’s episode ended, knowing that this sequence from the trailers is still ahead, and assuming the penultimate episode will probably spend time flashing back to John Walker’s past in Afghanistan.

25 | Has anyone ever hosted two different game shows, on two different networks, on one night, as Joel McHale will do this summer on Wednesdays, with Fox’s Crime Scene Kitchen at 9 pm (beginning May 26) and ABC’s Card Sharks at 10 pm (beginning June 9)?