The tea party that is Bridgerton Season 2 continues to expand and become even more inclusive: Newcomer Charithra Chandran will join the cast as Kate’s younger sister Edwina, our sister site Deadline reports.

Fans of the books know, of course, that Edwina is the woman that the rakish and reluctant-to-marry Anthony Bridgerton decides to wed. The only problem is that Edwina’s meddlesome older sister, Kate Sharma (Sheffield in the novels, who will be played by Sex Education‘s Simone Ashley), doesn’t approve of Anthony and does everything she can to stop the betrothal. In turn, Anthony does everything he can to convince Kate that he’s the one for Edwina. But in the process, the two start to develop deeper feelings for each other. 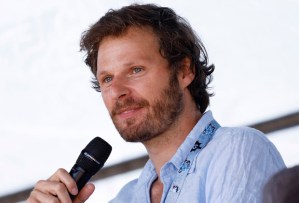 Rupert Young (Merlin) is another Season 2 casting addition on the soapy Regency-era drama. He’ll co-star as Jack, a noble from a family as well-heeled as the Bridgertons. The character is a series creation and is not in the books.

Kate, Edwina and Jack are among “a bunch of new characters” that showrunner Chris Van Dusen says he’s adding to the hit Netflix series’ sophomore run, which is based on author Julia Quinn’s second Bridgerton novel, The Viscount Who Loved Me. Executive-produced by Shonda Rhimes, Bridgerton was renewed in January, barely four weeks after Season 1 debuted to impressive numbers.

“We’re really going to be [focusing on] the eldest Bridgerton brother next season, Lord Anthony Bridgerton,” Van Dusen revealed on the Today show, shortly after Season 2 was announced. “We left him at the end of the first season at a bit of a crossroads, so I’m looking forward to jumping in and discovering how he fares on the marriage market.”