THE PERFORMANCE | Thirteen seconds. That’s how long it took Erivo to convince us in Genius: Aretha‘s opening episode that she’d embodied an icon. From knowing little smiles to the “up-south” Detroit way of speaking that the Brit adopted, Erivo became Franklin (despite being four inches shorter). Whether soulfully belting out lyrics, cocking her head to the side while playing the piano or gleefully embracing the phone receiver upon learning her first Atlantic Records single was a hit, Erivo channeled Franklin’s simmering energy with every motion.

In one standout scene, Erivo’s Franklin can be seen joking with her all white male rhythm section at a music studio. Annoyed, jealous or both, an inebriated Ted White (played by Malcolm Barrett), her manager and first husband, told Franklin to stop clowning around. But she finished her joke anyway and all the men laughed — except White. Despite the mounting tension, or perhaps because of it, the actress asserted her character’s dominance by locking eyes with White a few seconds too long before leaving to record her vocals separately. Inside the booth, the showdown continued as she eyed White defiantly and let him know that every doleful word of “I Never Loved A Man (The Way I Love You)” was about him. Without averting her gaze, she took a disappointed drag from her cigarette afterward to further drive home her growing disdain.

Months later, after a show where she was crowned the Queen of Soul, she stormed past White and locked her dressing room door in one fell swoop. Wincing as she wiped off her makeup in the mirror, Erivo conveyed both sadness and determination as Franklin stared knowingly at the black eye White gave her for divorcing him and accepted that success and pain go hand in hand. 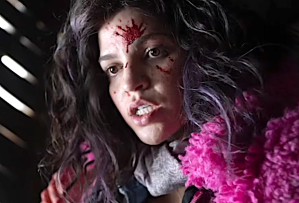 HONORABLE MENTION | We know — a lotta fans of The Walking Dead weren’t down with Sunday’s Princess-centric episode. But even its detractors have to admit that the spitfire’s portrayer Paola Lázaro was a revelation. As the erstwhile Juanita Sanchez grappled with claustrophobia and trust issues, the actress nimbly peeled back her alter ego’s plucky exterior to reveal the bruised and broken parts underneath. And it was as magnificent as it was heartbreaking. Even when Princess declared that she didn’t need her new friends — “I’m a goddamn superhero on my own” — Lázaro kept her expressive eyes filled with yearning. Princess might not have needed them, but she wanted to believe in them. In the end, Lázaro left us so bowled over that we weren’t left thinking that this was too much of a new character too soon but “Encore! Encore!” 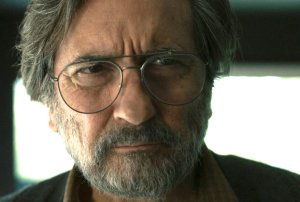 HONORABLE MENTION | A week ago, if you had told us that This Is Us‘ most cantankerous character would be the one making us cry happy tears at the end of the hour, we’d have told you to park your RV where the sun don’t shine. But such is the skill of Griffin Dunne, whose performance as Uncle Nicky in Tuesday’s episode could double as a master class in how tiny choices can build to major effect. The pride in his voice when Nicky told the nurse about his great-niece and nephew! The confusion-bordering-on-fear that bled out of him as he prepared to board a flight for the first time in decades! The heartbreaking frustration, which Dunne edged with understandable anger, when that first snowglobe broke! And, of course, that monologue in the nursery, delivered with a softness that Dunne rarely works into Nicky’s grouchy, everyday ways. Like those poor snowglobes, it was a thing of fragile beauty, constructed with care. 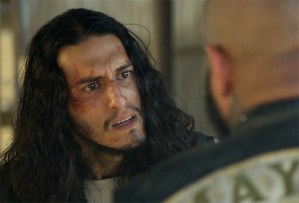 HONORABLE MENTION | Oh, how our hearts ached for Mayans MC‘s Coco in Tuesday’s episode — a result of Richard Cabral‘s stunning, though gut-wrenching, performance. After his ill-fated attempt to escape Meth Mountain in last week’s premiere, Coco woke up this week to find that meth had been injected into his arm by another addict, irrevocably breaking a promise Coco made to his mother as a child that he’d never use those drugs like she did. As Coco grappled with his shame — and, later, sadly succumbed to his desire to shoot up again — Cabral was particularly heartbreaking during Coco’s chat with clubmate Gilly. “What’s the f—kin’ difference this time?” a skeptical Gilly asked Coco about his efforts to get clean. “I f—kin’ broke a promise,” Coco replied, with Cabral’s voice so full of regret, he could hardly get the words out at all.