The Flight Attendant might not be returning for a while, but Kaley Cuoco‘s schedule will stay busy: The actress is developing a limited series about Doris Day, in which she’ll star as the entertainment icon.

Per our sister site Variety, the project will be based on A.E. Hotchner’s biography Doris Day: Her Own Story, which chronicles Day’s life and career through interviews with her, as well as conversations with her family members, friends and co-stars. No network is currently attached to the project, but Cuoco’s Yes, Norman Productions will team with Berlanti Productions and Warner Bros. Television, which also produce The Flight Attendant. 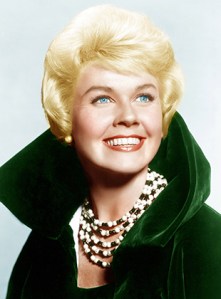 Day, who passed away in 2019 at the age of 97, had a multi-decade career that spanned acting, singing and, later, animal rights activism. She headlined The Doris Day Show on CBS, which ran for five seasons from 1968 to 1973, and her extensive film work included an Oscar nomination in 1960 for Pillow Talk. On the music side, Day began as a big band singer and ultimately put out 20 studio albums, winning the Grammys’ Lifetime Achievement Award in 2009.