Spinoff-crazed CW is eyeing All American as its next franchise opportunity. 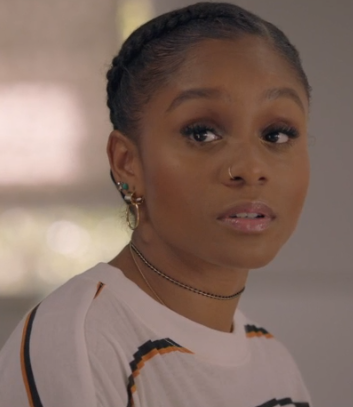 themed drama. The potential new series — slated to be introduced during a regular episode of All American‘s upcoming third season (aka a backdoor spinoff) — would be set at a a historically Black university and follow Geffri Maya‘s college-bound Simone Hicks.

Reps for The CW and Warner Bros. declined to comment for this story.

The character of Simone was introduced in All American‘s second season. She is entering her senior year at Beverly High and the girlfriend of Jordan Baker (Michael Evans Behling), whom she led to believe was the father of her unborn child. It turned out that the father is a student at Simone’s previous school, Westlake High.

All American returns with Season 3 on Monday, Jan. 18 at 8/7c (watch the exclusive trailer here).