THE PERFORMANCE | HBO’s teen drama is some great TV, an unflinching examination of the alienation of adolescence — but we usually don’t watch expecting to be lifted up, comforted or inspired. However, when Rue slid into that diner booth across from Ali in the pre-Season 2 Christmas special, Domingo changed up everything.

A brief explainer for those who didn’t watch: The episode, the first of two that will air between Euphoria‘s first and second seasons, was an hour consisting almost entirely of a conversation between Domingo and Zendaya’s characters. As Rue’s 12-step program sponsor, Domingo was the embodiment of centeredness, his body relaxed as he watched Rue fidget and lie her way through a story about how she’d found balance. Ali’s announcement that Rue was high at that very moment, grim amusement playing out on Domingo’s face, set the tone for the devastating realizations he’d lead her to throughout the hour.

Real talk: The script was full of heavy, disturbing stuff, which often unspooled in long monologues that demanded a lot from both players. Throughout, Domingo was perfection. We were blown away by the way he handled discussion of the terrible things Ali had done while under the power of his addiction, the way the actor allowed the character’s self-assuredness to fall away for a moment, revealing true shame and regret. And we marveled at the way Domingo — without drawing one iota of attention away from Zendaya’s equally marvelous performance — served as a stand-in for the audience as Ali reacted to Rue’s matter-of-fact declaration that she didn’t expect to live much longer.

The most incredible feat Domingo pulled off in the special? He absolutely sold us on Ali’s faith in Rue, despite every despondent syllable that came out of her mouth. Maybe, his easy smile and gentle touch said, she’ll wind up OK after all. And that glimmer of hope, flickering though it was, resonated differently as this trashbag of a year draws to a close. Thanks, Colman Domingo. We needed that. 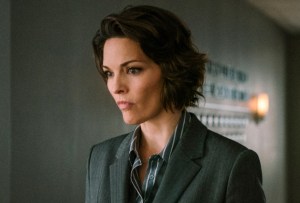 HONORABLE MENTION | As CBS’ FBI agents faced a volatile scenario this week, Alana De La Garza‘s SAC Isobel Castille was caught in the vortex. The good news: cartel boss Antonio Vargas had fallen into the feds’ lap. The bad news: to leverage his release, Vargas’ men jumped analyst Elise (an excellent Vedette Lim) and locked a bomb around her neck. In the scenes with Vargas, De La Garza was full of steely resolve, while at the same time registering  her contempt for his  previous role in an agent’s death. Then as Elise’s explosive necklace ticked down, Isobel proved steadfast in her belief that a colleague’s life was worth more than the thrill of Vargas’ incarceration. Capping De La Garza’s standout turn was the penultimate sequence in which Isobel stayed by Elise’s side, while ordering the rest of the team away, even when it seemed Vargas reneged on his end of the deal. The relief that washed over her face when the timer in fact stopped matched ours! 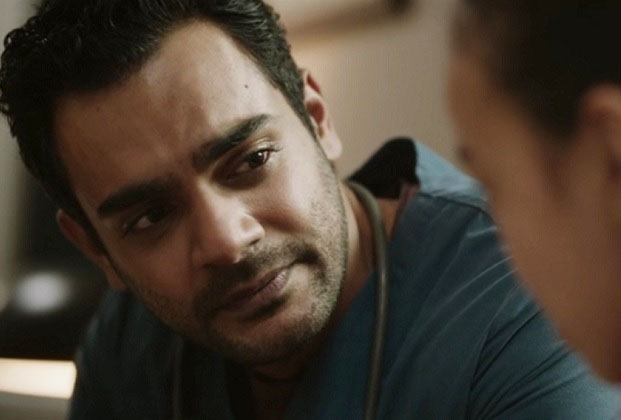 HONORABLE MENTION | On this week’s Transplant season finale, Hamza Haq soulfully carried Bash’s guilt and pain over having to leave behind his parents to die in Syria. As the doc tearfully confided in his unconscious mentor about how he blames himself for what happened, Haq brought quiet torment and a heavy heart to his character’s plight. Bash then shared a sweet conversation with his little sister Amira, during which he recounted their father’s last wish: to find Amira and build a better life for them. Relaying the details of their parents’ deaths was clearly gut-wrenching for Bash and could have been too much to bear. But Haq also infused the emotional sibling moment with overwhelming love for both the family that Bash has lost and for the one relative that still lives. 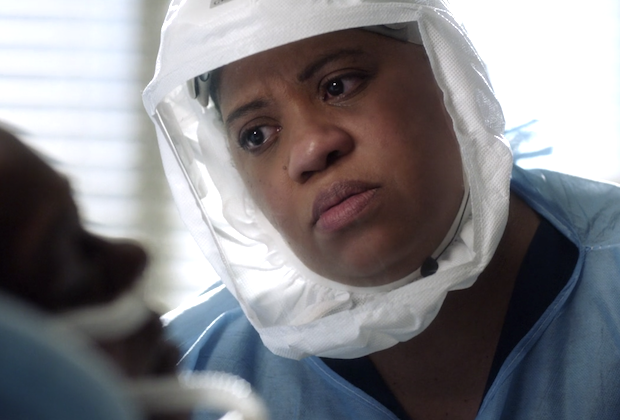 HONORABLE MENTION | We needed a good cry. And did Chandra Wilson ever provide us with it, via her unrelentingly real performance in Thursday’s Grey’s Anatomy. As our beloved Bailey reeled from the revelation that her mother had contracted COVID, the actress led us through a tsunami of emotions, from fear and guilt to confusion and anger, playing every beat with an unfettered authenticity that dropped us smack into her character’s shoes. So we didn’t just watch Miranda’s struggle, we experienced it right along with her. We didn’t just understand Bailey’s devotion to her mother, her uncertainty, her pain, we felt it — all of it. And pass the tissues, by the time the original cast member was done, she’d ensured that we’d never hear “My Girl” the same way again.