If your New Year’s resolution is to watch more Euphoria, HBO has you covered: A second special episode of the boundary-pushing teen drama will premiere Sunday, Jan. 24 at 9/8c, the network announced on Monday.

The episode, titled “F–k Anyone Who’s Not a Sea Blob,” will focus on Hunter Schafer’s character Jules and follow her “over the Christmas holiday as she reflects on the year,” per the official description. Schafer co-wrote the episode with series creator Sam Levinson and will serve as a co-executive producer as well.

Euphoria returned this past Sunday with a special episode devoted to Zendaya’s character Rue and her Christmas Eve diner-booth conversation with her sobriety coach Ali, played by Colman Domingo. (The episode earned an average grade of “A-” from TVLine readers.) The series was renewed for a second season by HBO shortly after its June 2019 debut, but production was derailed by the global coronavirus pandemic, leading to the filming of these two special episodes, which were first announced back in October. Both episodes were filmed under strict COVID-19 safety protocols.

HBO also released a poster for the second Euphoria special episode, featuring Schafer as Jules. Take a look below: 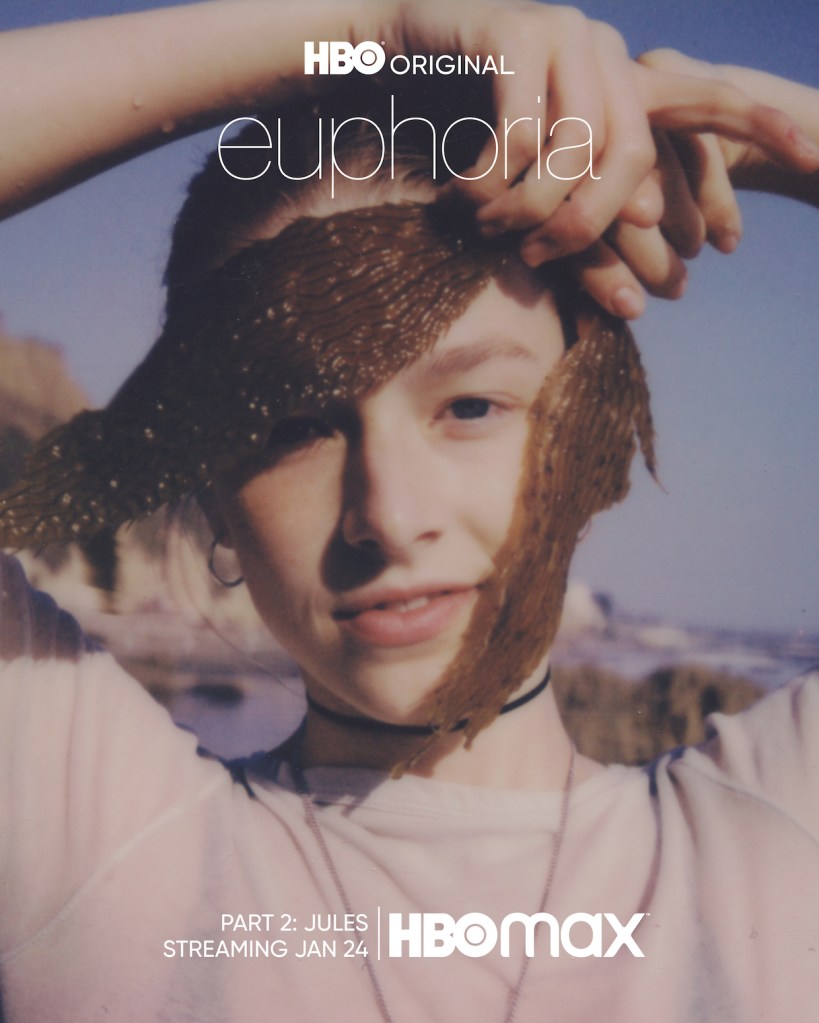 Euphoria fans, will you watch the Jules-centric episode? And what did you think of the first one? Hit the comments and share your thoughts.