Everyone has it out for Sylvia! Even though The Undoing‘s ‘Who Killed Elena’ murder mystery has been solved (the husband did it!), fans still seem hell-bent on tying Lily Rabe‘s Upper East Side muckraker to the crime, even if tangentially. At the very least she was sleeping with her BFF’s hubby, they postulate. For her part, Rabe completely understands why viewers have taken a sculpting hammer to her alter ego’s reputation. The American Horror Story vet also shared with TVLine the one Sylvia-relayed conspiracy theory she simply can’t get on board with, and reveals what it was like to work so closely with Nicole Kidman’s coats.

TVLINE | We ran a poll in the days leading up to the finale asking readers who they think killed Elena. Sylvia won handily. And even though we now know Jonathan did it, I still see comments from people who believe she was somehow involved. Why do you think there has been, and continues to be, this cloud of suspicion over her?
Listen, early on Sylvia kept some information from Grace [about how she covertly represented Jonathan in his firing from the hospital]. For a lot of people, that kind of betrayal is enough for people to question that friendship and question Sylvia’s integrity. And I understand why. The rules of what we share and what we omit out of love are so subjective and complicated. I don’t think I could’ve kept that [secret] from my closest friends. And I think I would’ve felt incredibly betrayed if someone had done it to me. But I also understand why she made that choice at the time. She didn’t think it would help Grace. And she had a professional obligation; it was privileged information. But that put her on [fans’ murder] watch list.

TVLINE | Viewers had a field day reading into the nod Sylvia gave Jonathan in the courtroom when he was being arraigned in Episode 3. What did the nod mean to you?
“I’m watching you. You’re not safe with me. I don’t trust you. And I’m here with clearer eyes.” And I think there’s also a moment of, “Please let this not be the truth. You are someone that I loved” — and I do not mean that romantically. [Laughs] 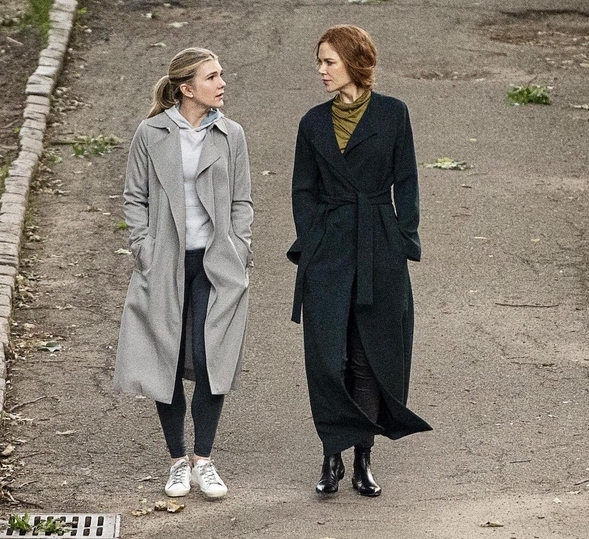 TVLINE | Fans have floated some interesting conspiracy theories about Sylvia’s possible involvement in the murder, beyond the obvious one about her having an affair with Jonathan. There was one about her being in cahoots with Franklin, another about her being Jonathan’s little sister who never actually died…
That one is new to me. I knew about the affair with Jonathan. I also knew that there was a theory that Franklin and I were in cahoots — which I liked. Sylvia has known Franklin since she was born; their families summered together. And I think they had a bond and a likeness of spirit. We sort of imagined that during those summers when everyone went to bed they were probably the last two that stayed out late finishing the second bottle of wine. I love all of the theories. I love the way people are watching the show. [Pauses] Wait… that I’m Jonathan’s sister?!

TVLINE | Yes. Someone suggested that Sylvia was the younger sister he claimed died in the car accident, and she’s been keeping her real identity a secret from Grace all these years.
Hmm… I don’t know about that one. The rest of them I can [get on board with]. That one is really a stretch though. [Laughs]

TVLINE | One thing that that seemed off to me about Sylvia was how much pleasure she seemed to derive from all the drama swirling around Grace and the community.
That’s how she moves through this world. And I don’t mean this in a sort of manipulative way, but that’s how she collects information. It does light her up. She wants to be the first to know the truth — and she is the first to know in a lot of ways. She is the person a lot of people come to with information. And she doesn’t necessarily give it away, but she has to be sparkly about it otherwise people wouldn’t keep her in that position. It gives her power. I don’t think there’s any glee in the fact that Elena was killed, but [she revels] in the upset it brings to the community. Like when Elena was breastfeeding her daughter at the [auction] meeting [in the premiere]  — that was something that just doesn’t happen. And I think Sylvia loves that. She loves when things are pushed off balance. She thrives on it. And sometimes she nudges it. She’s a pot-stirrer. But that doesn’t mean that she’s sleeping with her best friend’s husband. Or killing anyone. [Laughs] 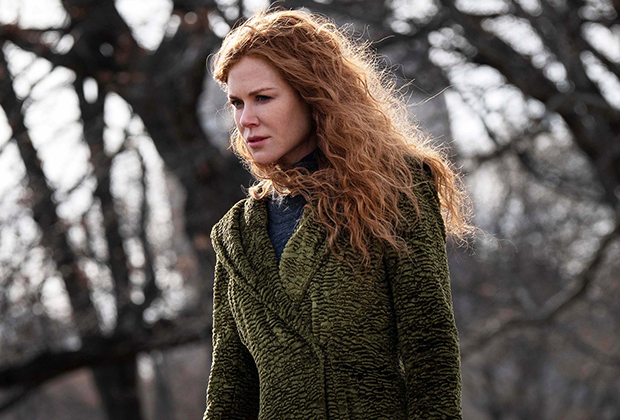 TVLINE | A lot has been made of Grace’s coats. You had the benefit of seeing many of them up close. Were they as resplendent in person as they appeared to be on TV?
Yes. And more. They were bananas. They really were like characters. They felt like fairytale coats. In the sea of New York and in the chaos of what is happening, there are these coats. They was so brilliant, particularly the [green and eggplant ones]. And they were a little off-kilter. They weren’t like the perfect, gorgeous Max Mara Upper East Side coat that I was wearing. They were a little more off-center, which was so delicious and perfect.

TVLINE | What was your working relationship with Nicole like?
I love her. She is such an incredible woman, generous friend and scene partner. What a wonderful thing it was to fall in love with her, as Sylvia. And I don’t mean romantically! People are going to come up with a whole new theory. [Laughs] I mean in the way we fall in love with friends. And the way you fall in love over and over again in our friendships and relationships. And that’s what happens here. It really could’ve gone in a different direction with [Grace and Sylvia]. But they get through it. And by the end they are linking arms. But there’s no one like Nicole. She is amazing.