Is it finally time for 9-1-1‘s Buck to begin? Is Walker‘s gain a Grey’s doctor’s loss? Is someone checking out of New Amsterdam? Read on for answers to those questions plus teases from other shows!

Is there anything you can tell us about 9-1-1‘s Buck? –Sarah
And how! When the Fox hit’s fourth season opens on Jan. 18, 2021, the time will be… September of 2020, and Maddie is five months along in her pregnancy — and Buck will have a new woman in his life. Then as the season progresses, we will learn that Maddie is keeping a secret from Buck, about their childhood, and that will tee up a “Buck Begins” episode.

Do you have any scoop on SEAL Team‘s two-hour premiere? I heard there is a character leaving the show? –Daisy
Having now seen the extremely eventful, action-packed and at times distressing season opener, let me just tell you that this preview headline I wrote tells zero lies. (The first hour alone is one of those “Oh, have I not taken a breath for 40 minutes?” type of nail biters.) A lot goes down with Bravo Team this Wednesday night, including at least one reveal I did not see coming. P.S. If you haven’t gotten wind of who plays Bravo 1 in Jason’s 13-years-ago flashbacks, you’ll be like, “Well of course that’s who’s playing him!” 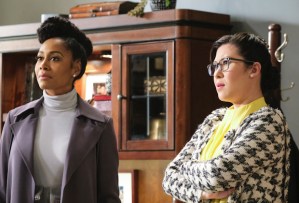 Anything on All Rise? –Amy
Among others that we have already seen, Sherri (played by Ruthie Ann Miles) “is [a character] that goes through a transformation” in Season 2, co-showrunner Dee Harris-Lawrence tells TVLine. “People are going to be surprised by Sherri’s storyline, because I think in the beginning, they’re going to be wondering what is happening with her and [Detective] Harris, and we will answer that question. But she is also going to be going on her own enlightened journey as she goes through this season.”

Any news on the upcoming season of New Amsterdam? –Brooke
Whoops, did I not pass this along…? In addition to teasing Helen’s upcoming arc, executive producer David Schulner also shared this juicy tidbit with Inside Line: “The pandemic has forced all of our characters to reevaluate their lives. And one of them will leave New Amsterdam for good.” 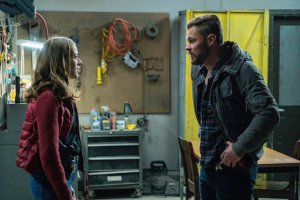 Any scoop on Chicago P.D.’s Burzek or Upstead? –Riley
Showrunner Rick Eid offers up this cryptic tease for the latter twosome: “Losing the baby had a major impact on both of them, but their relationship will continue to evolve and deepen. There is definitely a possibility for a real relationship.”

Any chance that Ziva will return again to NCIS? –Vickie
When it comes to having series vet Cote de Pablo put in another appearance, EP Steve Binder told me, “It’s always going to be, ‘Let’s not grab Cote and stick her in.’ It’s, ‘Let’s come up with a story first, and see if it’s something worthy of bringing that character back.'” So… is there such a story looming? “We’ve really played, for now, all of the cards there are to play [with Ziva], so we have no plans at the moment,” he said, “but we’re certainly always open to it.”

With Alex Landi joining Walker on The CW, are we going to see less (if not any more) of Nico on Grey’s Anatomy? –Arthur
Both of Landi’s roles, on Grey’s and on Walker, are simply recurring, and it’s not at all unusual for one actor to recur on two shows at the same time. As such, I am hearing that Grey’s hopes to continue having Nico around exactly as much as is needed. 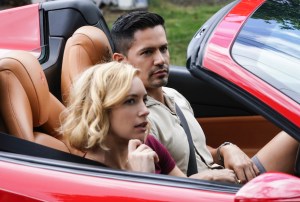 Will Magnum and Higgins go undercover again, like they did in Seasons 1 and 2? –Hayley
Although there is no episode-long undercover assignment in the Season 3 books just yet, the partners in private eye-ing will pose as recruiters from a fake MMA league in order to talk to novice fighter who is involved with some nefarious characters. (And in doing so, we’ll even get one of Higgins’ fun fake accents!)

Hi, can I have any scoop for 9-1-1: Lone Star? –Carlynn
Sharif Atkins (White Collar) and Kim Matula (LA to Vegas) will guest-star as potential victims in the season’s big, opening disaster, which will be teased in the final minutes of the Monday, Jan. 18 premiere and then be the focus of Episode 2 (airing Jan. 25).

On FBI, Ebonee Noel’s absence was explained away as Kristen taking a job elsewhere, but what happened to Haena Kim? –Linda
Kim was always just a guest star during Season 2 (as Special Agent Emily Ryder), and at this time here are no plans for her next appearance. 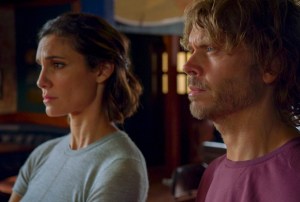 Will NCIS: Los Angeles Season 12 dive into flashback storyline arcs for Deeks, to see his childhood? –Tony
“I think that’s something we will explore eventually,” showrunner R. Scott Gemmill said when I delivered your Q — though it’s always a matter of finding the time, and the right time. “The characters sort of take you on their own journey, even though you might have a plan for them,” the EP explained. “We always kick around stories that involve Deeks’ past — when he was a lawyer and things like that — and he is going to come to a point this season where he has to think about what he really wants to do in terms of the future. Is he going to still want to be a part of LAPD? Does he still want to be a part of NCIS? He has a lot of personal decisions to make, and that’ll take us past Christmas.”