If you thought that only hoomin SEAL Team members would be facing life-changing career decisions when the CBS drama returns with Season 4, Cerberus has a bone to pick with you.

In an early April episode, Bravo’s resident bomb sniffer (played by Dita) blew a call, leading Jason & Co. to a dead end. In the episode that followed, Brock (played by Dita’s real-life handler, police officer and technical consultant Justin Melnick) was seen running Cerberus through some rigorous drills, reminding a curious Jason, “He was off last time we went out, and you know what happens when a dog loses his edge.”

When Jason, perhaps identifying with the veteran pup too much, argued that everyone has a “bad day,” Brock maintained, “He’s my third dog and the best, but you gotta know the signs.” He added that despite Bravo 1’s positive POV, “It’s on me to know when he’s had enough.” 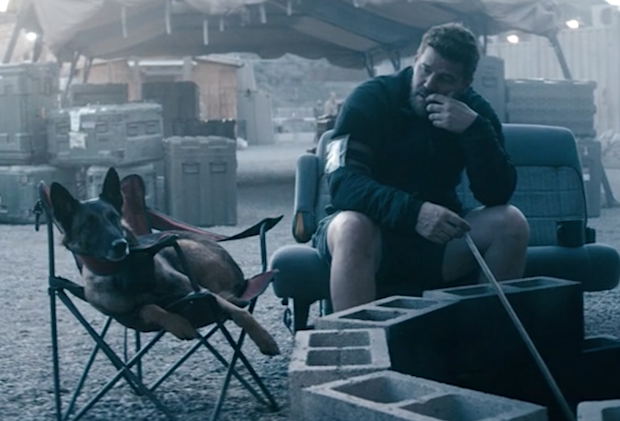 Later in that penultimate Season 3 episode, we saw Jason and Cerberus “hanging out by the fire pit, both of them reflecting…. It was a pretty image,” David Boreanaz recalled when speaking with TVLine.

Boreanaz then went on to share that “the emotional tie between the two of them plays big in [Episode 21],” which he directed and was two days shy of being completed when the pandemic shut down production in mid-March. As such, that episode — which also flashes back to Jason’s days as Bravo 3, at the time the team took out Asim Al-Hazred — will now serve as the Season 4 premiere, possibly airing as soon as this fall.

What the future holds for Cerberus “is a huge story point, it really is,” Boreanaz reiterated. “[Episode] 21 is big with the dog.”

UPDATE (10/21): The synopsis for the Season 4 premiere, airing Wednesday, Nov. 25 and titled “God of War,” says, “Bravo Team enters enemy territory in the snowy Spin Ghar Mountain Range to capture Al-Hazred, the leader of a terrorist group and son of the terrorist leader that Jason took down early in his career and made him Bravo One. When they are attacked, Jason and Cerberus, Bravo’s canine member, are separated from the team.”