A big change is coming to Chicago P.D.‘s Intelligence unit: The NBC drama’s Season 8 premiere this Wednesday (at 10/9c) will introduce a police reform initiative — but not everyone is adjusting to it with a can-do attitude.

At the same time, Atwater’s storyline will take center stage as he faces “a severe penalty” for doing the right thing by standing up against Doyle’s supporters, aka the Blue Wall, showrunner Rick Eid previews in the following email Q&A.

Eid also discusses how the real-world Black Lives Matter movement informed the upcoming season and how the show will address its latest cast departure with the exit of Lisseth Chavez’s Vanessa Rojas.

TVLINE | As a first-responder show, how will the pandemic be incorporated into the storylines for the new season? And are any characters personally affected by it? 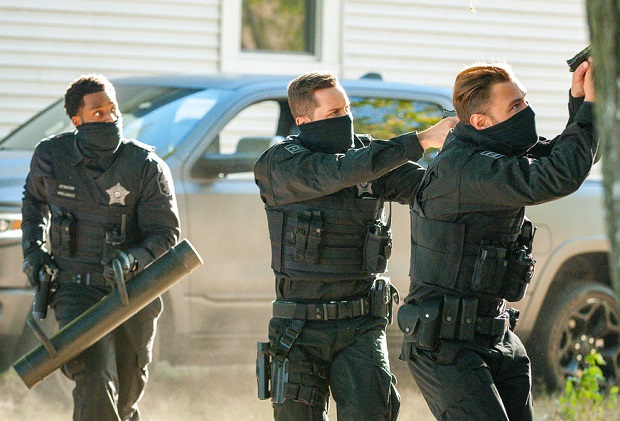 COVID definitely exists in our alternate Chicago P.D. reality… but we’re not emphasizing it or making it an integral part of our storylines. At least, not yet.

TVLINE | Similarly, how will the Black Lives Matter movement be reflected in the stories that you’re telling next season, in particular with police reform and Atwater?
Atwater has always been vocal about racial equality. His decision in last year’s finale to take on the Blue Wall and call out a racist police officer will definitely have repercussions in Season 8. 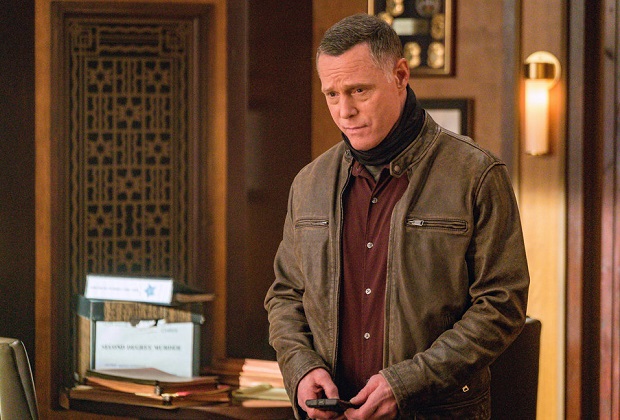 TVLINE | Voight strikes me as the kind of cop who’s very much used to his ways and methods. So how will he respond to the police reform movement spearheaded by Nicole Ari Parker’s character?
We’re really excited about Nicole’s character. She will be the face of police reform and demand that Voight and his team play by new, more modern rules. The world is changing. That means Intelligence must change, too. As you might imagine, this won’t be easy for Voight. He’s used to doing things his way.

TVLINE | Coming off the events of the finale and going into the police reform storyline, Atwater seems poised for a big journey. What is he going to be facing next season in light of the standoff with Doyle’s buddies?
Atwater’s storyline will be front and center for the first two episodes. Doyle’s buddies haven’t forgotten what Atwater did. The Blue Wall is sacrosanct to them. In their mind, Atwater crossed a line and needs to pay a penalty — a severe penalty.

TVLINE | Did the Black Lives Matter/police reform movement change the story at all that you were originally planning to tell with Atwater vs. Doyle’s cop supporters?
It didn’t change the storyline, but it certainly made it more topical. We’ve been dealing with complicated racial issues for a while. So we’re really just picking up where we left off. But the BLM movement certainly helps to contextualize and inform these storylines and issues. 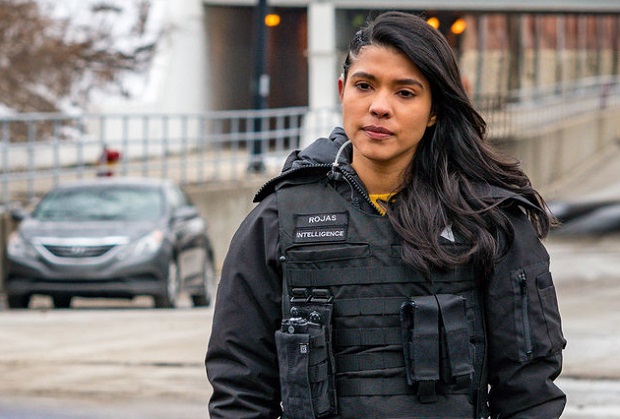 TVLINE | How will Rojas’ exit be addressed?
It’s always hard to say goodbye to a character. We tried to address it in the premiere, but it felt forced. In other words, we’re still working on it.

TVLINE | At the end of last season, you shared with TVLine that someone we know was going to be murdered in the original, unproduced finale and that would get pushed to Episode 4 or 5 of Season 8. Is that still the plan?
Things have changed. That’s no longer the plan.

Chicago P.D. fans, what are you most excited to see in Season 8? Hit the comments! And stay tuned to TVLine for more P.D. scoop.