THE SHOW | HBO’s The Undoing

THE PERFORMANCE | Kidman was simply astounding as Grace Fraser’s life collapsed around her and the scope of her husband Jonathan’s (Hugh Grant) betrayal came to light in Episode 2 of The Undoing. The Oscar winner skillfully dramatized every beat of her alter ego’s rapid descent into hell, from denial to despair to, ultimately, utter devastation.

While Kidman was consistently dynamite throughout the tense hour, two pivotal scenes stood out. The first arrived midway into the episode when the two NYPD detectives investigating the murder of fellow private school mom Elena Alvarez interrogated Grace about the possible role she — and her MIA hubby — played in the gruesome crime. As the cops gradually, almost gleefully pulled the curtain back on Jonathan’s double life, Kidman masterfully captures the shock and terror overtaking Grace. Upon learning of Jonathan’s romantic connection to the deceased, Grace reaches her breaking point.

“I want this to stop,” she snaps at the relentless lawmen, Kidman imbuing the demand with a heady mix of desperation, grief and resolve. When Grace’s mic-drop moment arrives, Kidman more than rises to the occasion. Harnessing her embattled socialite’s inner pit bull, Grace froths, “I am sitting her in a room with two detectives who are treating me very much like I’m a suspect, trying to elicit incriminating responses from me in a grossly custodial setting. So you either read me my Miranda rights right now or tell me I am free to go.”

That brings us to the second of Kidman’s tour-de-force moments. In the episode’s final scene, Jonathan resurfaces and violently professes his innocence to his bereft bride. With only her eyes visible, Kidman subtly lets the audience know that Grace is, yes, petrified, but also relieved. Those emotions quickly give way to fury when Jonathan admits that he slept with Elena mere hours before returning home and having sex with her.

“You crawled into our bed and I held you,” Grace cries out, Kidman dotting every syllable with palpable pain. “I held you. And we made love, Jonathan. We made love…. How ever can I believe you, because you’re a f–king liar.”

When she phones 911 to turn Jonathan in, we marveled at how Kidman’s steady, measured tone unravels into pure hysteria as the weight of the words coming out of Grace’s mouth hit her. “My husband has just broken in,” she declares to the operator, Kidman’s steady voice beginning to crack and quiver. “He’s a fugitive, he’s wanted for murder, his name is Jonathan Fraser and I’m f–king terrified.”

And now we’re ready to make a call of our own: Kidman’s Undoing performance is a triumph. 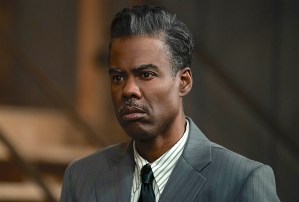 HONORABLE MENTION | Chris Rock‘s Fargo crime boss Loy Cannon has kept his cool thus far in Season 4, but his rage boiled over this week as he weathered an onslaught of tragic setbacks. Loy was fuming after the murder of his right-hand man Doctor Senator, and he took it out on his underling Leon, viciously whipping him with a belt for daring to say Senator’s name. Then when Josto lied that Loy’s son Satchel was dead, Rock twisted Loy’s face into a mix of shocked horror and coldblooded calculation, already gaming out his next move. (Rock’s eyes were half-closed throughout the hour, as if Loy couldn’t bear to see what was happening.) Plus, anyone who’s watched Rock do stand-up comedy knows he is a gifted orator, and he put that talent to great use as Loy ranted about the poison of racial prejudice to jittery detective Odis Weff. Fargo has found a way to harness Rock’s charisma into a stellar dramatic performance, and this week, he confidently stepped into the spotlight… well, like a boss. 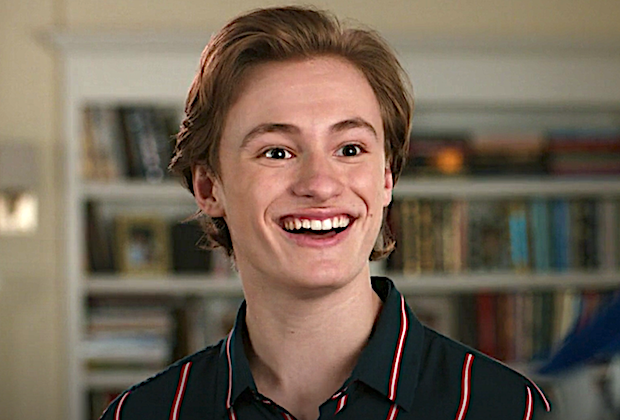 HONORABLE MENTION | Any episode of American Housewife is automatically improved by the presence of Logan Pepper. The recurring guest star plays rich kid Cooper’s bewilderment at the Ottos’ modest lifestyle with a sunny sincerity that never fails to more than amuse, delight. And Wednesday’s episode was a classic for him. Now living with his bestie’s family, Cooper was tasked with chores — or, as he cheerfully thought of them, “poor-people stuff.” Intent on impressing surrogate mother Katie, he dove in with hilarious gusto, Swiffering (but without a pad) and inquiring before making the beds, “Where do you keep your pillow mints?” Through it all, Pepper remained, as he always is, 1,000-percent committed to the silliness, making him worth his weight in Buenos Ninos. 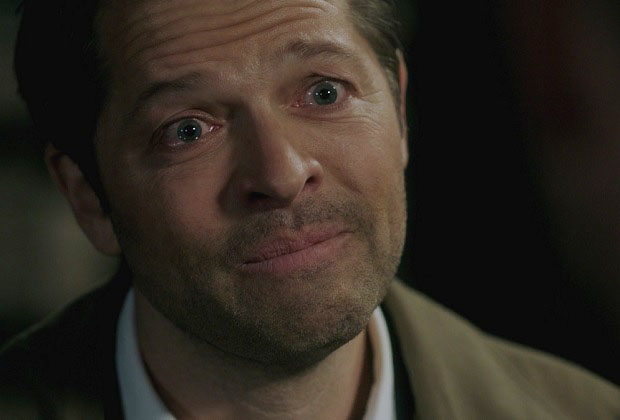 HONORABLE MENTION | No matter how one might interpret Castiel’s final scene from this week’s Supernatural, there’s no denying that Misha Collins gave an emotionally raw performance as the angel found true happiness, thereby sacrificing his life to The Empty and saving Dean from Death. Ever since he made his deal with The Empty, Cas had wondered what true happiness would look like for him, but “I never found an answer because the one thing I want is something I know I can’t have,” Cas realized. “But I think I know now happiness isn’t in the having. It’s in just being.” Collins brought a poignant mixture of melancholy and bittersweet contentment to the angel’s epiphany, which was followed by a moving declaration about how much knowing Dean has changed him. When The Empty finally came to collect, Collins’ expression was overcome with serene acceptance as Cas tearfully concluded, “I love you. Goodbye, Dean.” Even if this is truly the end of Castiel, what Collins brought to the character will continue to live on.