CBS‘ fall schedule is looking a lot more like a fall schedule, with the setting of premiere dates for nine of 18 returning shows that now have full episodes in the can — including the well-watched NCIS and its many offspring, plus Young Sheldon and the suddenly Anna Faris-less Mom.

That said, the network’s entire Friday night line-up still awaits premieres dates, as do Bull, Evil and the post production-heavy SEAL Team, among others.

Also of note, “Fan Favorite” episodes from NCIS‘ previous 17 seasons will close out Sunday nights starting Nov. 8, presumably until Queen Latifah’s The Equalizer is ready to join the mix (where it will lead into NCIS: LA and New Orleans). 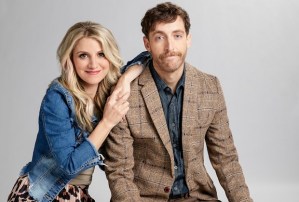 Broke, Carol’s Second Act, God Friended Me, Man With a Plan and Tommy