CBS’ S.W.A.T. will kick off its fourth season with a postponed — yet more relevant-than-ever — episode that flashes back to the 1992 Los Angeles riots, TVLine has confirmed.

As originally planned out over a year ago, this flashback episode would have closed out Season 3 on April 29, which was the 28th anniversary of the Los Angeles riots (which stemmed from the acquittal of four LAPD officers for usage of excessive force in the arrest and beating of Rodney King). Instead, the episode will now open Season 4, which will arrive later this fall (again airing Wednesdays at 10/9c).

As S.W.A.T. EP Shawn Ryan previously told TVLine, the flashback episode will “split time between present-day action and a teenage Hondo and his father during the L.A. riots,” while also picking up a dangling storyline thread from the “Diablo” episode that turned out to be the pandemic-shortened Season 3’s finale.

“We will get around to filming that episode,” Ryan asserted at the time, “because that’s a special one, to look back at the riots through the perspective of a teenage Hondo.” Speaking of…. 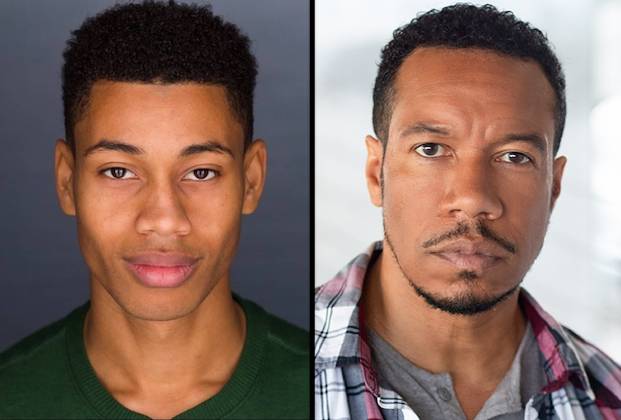 TVLine can confirm that said younger version of Shemar Moore’s character will be played in the Season 4 premiere by Donald Dash, whose previous TV credits include NBC’s Rise plus episodes of Blue Bloods, Bull and SVU.

Rico E. Anderson, meanwhile, will play a younger version of Obba Babatundé’s Daniel Harrelson, Sr. — just as he did in the May 2018 S.W.A.T. episode “Hoax.” (Anderson’s previous TV credits also include Quibi’s #FreeRayshawn and Apple TV+’s Truth Be Told.)

Of course, this flashback to the 1992 L.A. riots, delayed as it was, now carries an even heavier weight, given the civil unrest that was inflamed this summer by George Floyd’s death at the hands of Minneapolis police, the shooting of Jacob Blake in Kenosha, Wis., and a Louisville police officer’s indictment on three counts of wanton endangerment in connection with the fatal shooting of Breonna Taylor in March.

The S.W.A.T. EPs and writers announced in June, amid the George Floyd-related protests, their resolve to “do better” in exploring themes of race and policing in minority communities.

Especially given how the cop drama was designed to examine the intersection of Black communities and law enforcement through the eyes of Moore’s Daniel “Hondo” Harrelson, an African-American cop who has one foot firmly planted in each world, “we will continue to mine the truth about these issues in the writing of our upcoming season,” the writing staff said in a statement.