We’ve got questions, and you’ve (maybe) got answers! With another week of TV gone by, we’re lobbing queries left and right about shows including Saturday Night Live, The Walking Dead, Supernatural and The Boys!

1 | What about Disney+’s Magic of Disney’s Animal Kingdom gets you more emotional — the animals’ medical issues, or how deeply invested their respective, lionhearted keepers are?

2 | How does Emily in Paris‘ Sylvie have the power to fire Emily, when the marketing company Emily works for owns Sylvie’s firm?

3 | We know everyone at Saturday Night Live is being tested, but wasn’t the recurring lack of social distancing a bit jarring? You mean to tell us that they couldn’t have built a wider Weekend Update desk, so Colin Jost and Michael Che had six feet between them? (And who else winced when Aidy Bryant reached out and touched Che’s arm?)

4 | Which The Third Day megafan (#ThirdHerders?) among you holds the record for watching the most minutes out of Saturday’s 12-hour (!) live stream? 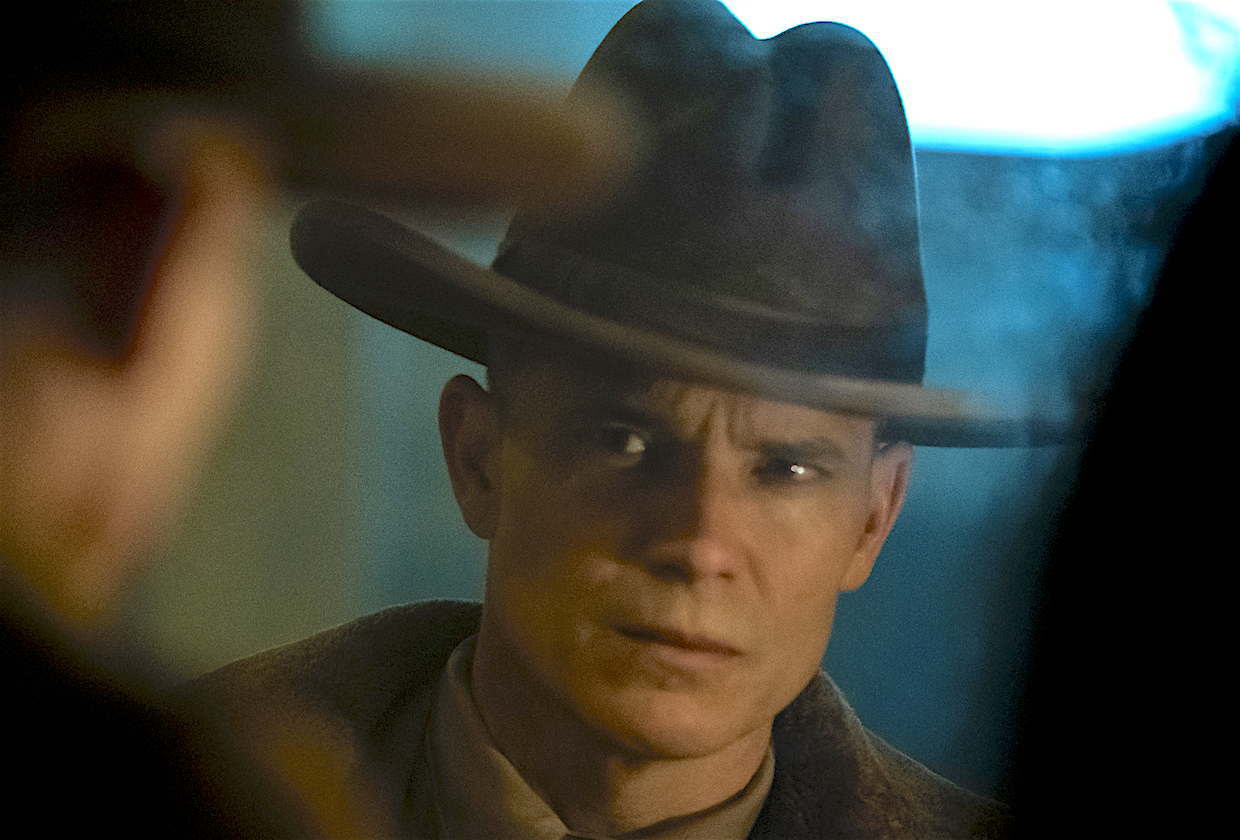 Justified junkies, were you happy to see Timothy Olyphant back as a smartass U.S. Marshal on Fargo — and in a distinctive hat, no less?

6 | Who else got a good chuckle out of Power Book II: Ghost‘s Saxe sipping on a bubble tea just a few scenes after he told his niece Riley that he didn’t want one?

7 | Were you tickled, or creeped out, by Jimmie Walker’s Comedy Store story about Freddie Prinze wanting to kill John Travolta with a crossbow?

8 | If Lovecraft Country‘s Ruby was coming home at the end of an oppressively warm day, why would William/Christina draw her what was a steaming hot bath? Also, did those two girls who haunted Dee give you big-time Us vibes? 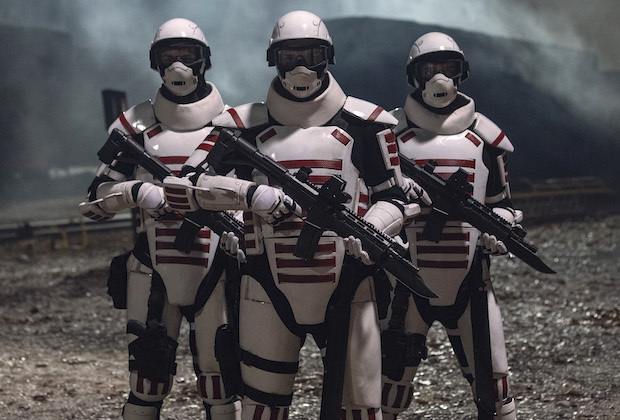 9 | On The Walking Dead, how did our heroes know that after letting the horde into their hideout’s anteroom, they wouldn’t get stuck in that claustrophobic nightmare? (For that matter, why didn’t they get stuck there?) On an unrelated note, how weird was it to see Star Wars Stormtroopers suddenly appear on the show?

10 | Not that we expect much continuity from Family Guy, but wasn’t it strange for Fox to air an episode about Stewie fighting with Chris just one week after establishing that people can’t understand most of what Stewie says?

11 | Can One Day at a Time catch a break already?? (First it gets cancelled by Netflix. Then its first season on Pop TV gets cut short due to COVID. And this week, its CBS premiere was postponed due to football!)

12 | With GLOW abruptly un-renewed due to COVID, can the IDW comic book series maybe offer fans some closure? 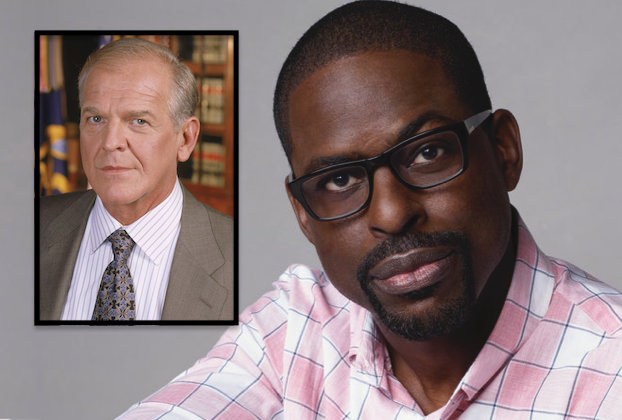 13 | Is Sterling K. Brown, though a tremendous actor, an odd choice for The West Wing‘s Leo, seeing as he is almost a decade younger than the late John Spencer ever was in the role? Just from the trailer, he comes off as more a contemporary of Sam or Josh’s than Jed’s.

14 | Did you spend most of this week’s We Are Who We Are fearing that one of the teens would get seriously injured or sick during their house party?

15 | Could you have gone your entire life without that Dancing With the Stars close-up of Nev Schulman’s nipples? And when giving a shout-out to Celine Dion, why did Derek Hough blow a somber kiss to the ceiling as though Celine were no longer with us? 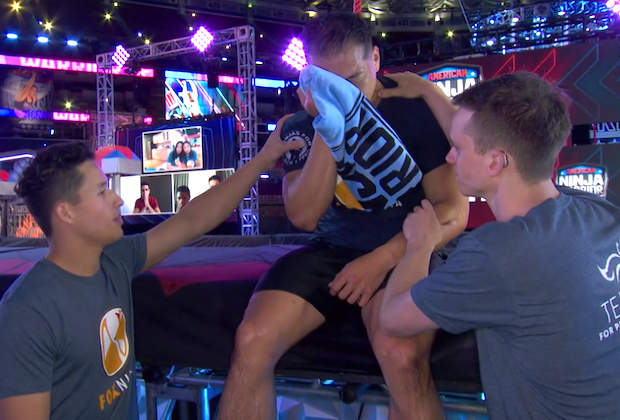 16 | Was Jimmy Choi’s American Ninja Warrior run one of the show’s most heartbreaking ever?

17 | Did CBS put a “The” in front of The FBI Declassified just so viewers wouldn’t think it’s another FBI spinoff?

19 | Why did The Haves and the Have Nots‘ Benny spend the entirety of Tuesday’s episode demanding that someone, anyone, tell him Derrick’s address when, four weeks ago Alissa’s friend gave him the name of the street to search? Did Benny forget? Also, he has heard of Google, right?

20 | If the Vice Presidential Debate Fly had not left after two (long) minutes, would/should the moderator have cued Pence to brush it away? And what are the chances SNL casts Jeff Goldblum to play said fly during this weekend’s inevitable  debate spoof? 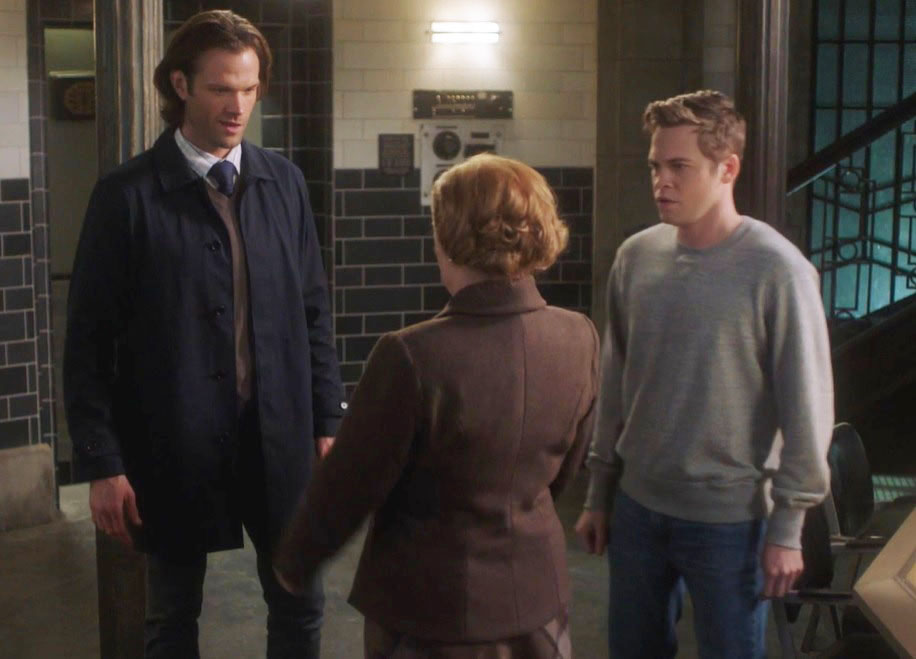 21 | Did’s Supernatural‘s Mrs. Butters help Sam pick this outfit for his date? If so, are we all agreed that was a mistake?

22 | Are you surprised and/or irked that Big Brother‘s All-Stars keep revealing their secret alliances in goodbye messages to the evicted houseguests? Is it too much to ask for a Head of Household competition that actually ends during Thursday’s episode? And should Julie Chen Moonves just stick to the script for the live shows? Her timing and side comments have been so awkward these last few weeks.

23 | Given Fresca’s prevalence on The Boys this season, were you half-expecting the finale to reveal that the drink is actually some kind of Collective mind-controlling substance? And now that the season is over, what was your favorite musical cue/choice of song?

24 | In The Haunting of Bly Manor‘s third episode, set in the 1980s but viewed in our current quarantimes, did the scene where everyone tastes Owen’s cake batter off the same spoon make you highly uncomfortable? And [Episode 1 spoiler alert!] why in the world didn’t Dani get the heck outta there after Miles and Flora tormented her by locking her in the closet in Episode 1?!