We’ve got questions, and you’ve (maybe) got answers! With another week of TV gone by, we’re lobbing queries left and right about shows including Power Book II: Ghost, Fargo, The 100 and South Park! 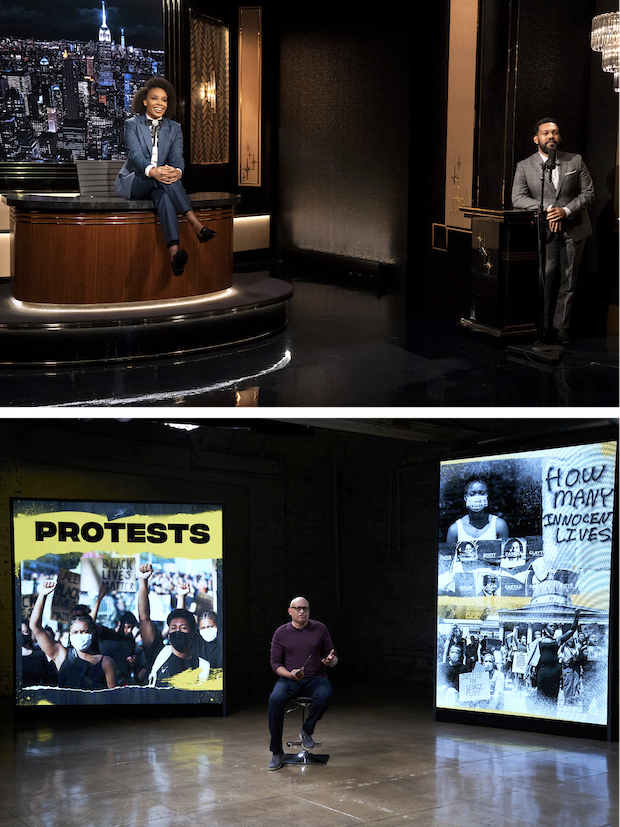 1 | After seeing Amber Ruffin’s set, we have to ask yet again: Did Peacock just forget to build Larry Wilmore a set of his own?

2 | Did any of you Fargo fans watch the full, nearly three-hour premiere live on Sunday night? And if so, how? Plus, what’s your favorite character name this season? (We’re torn between Ethelrida Pearl Smutny and Doctor Senator.)

3 | What other Power Book II: Ghost viewers would really, really like to get more of the backstory on Simon Stern’s May-December “romance” with Bash? 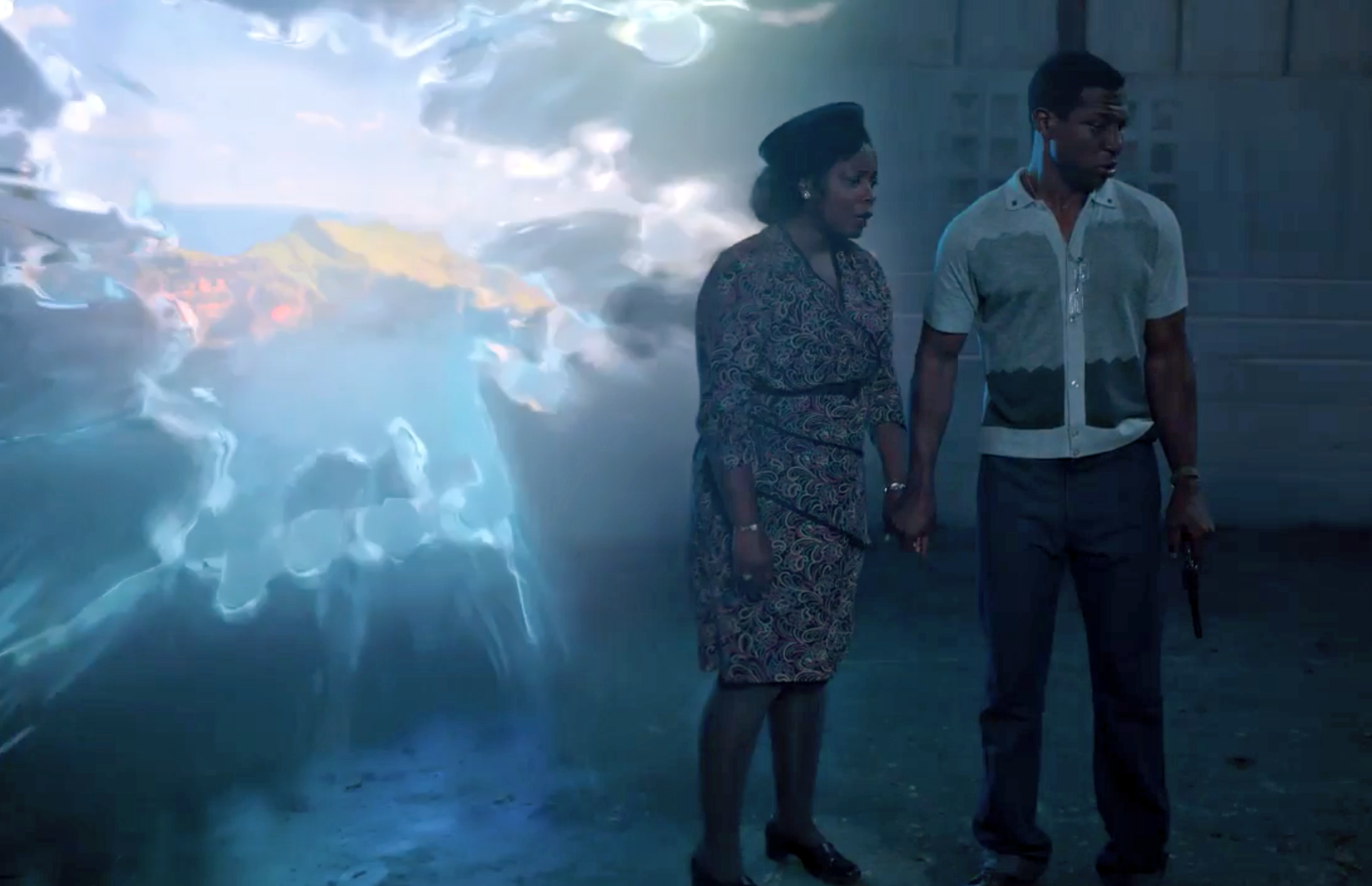 4 | On Lovecraft Country, which alternate universe of Hippolyta’s was your favorite? Didn’t Tic catch up to Hippolyta awfully fast, given she left several scenes before him and he still needed to decode her destination? And weren’t the visual effects when Hippolyta and Atticus were standing in front of the machine some of the most impressive in the series’ run so far? 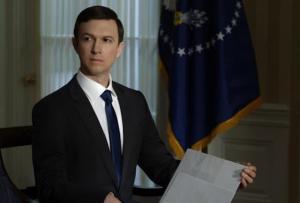 5 | Did Philip Riccio’s striking resemblance to Jared Kushner in The Comey Rule make you do a double take during the miniseries’ premiere? And of all the harrowing real-life events reenacted in the drama, did its depiction of the Pulse nightclub shooting feel particularly unnecessary?

6 | Has ABC’s Emergency Call set a gold standard for sexy-ass drone shots of cellular towers? Also, did the unscripted 9-1-1 special teach you anything? Like, the difference between dealing with black versus brown bears? How to find your GPS coordinates on your iPhone?

7 | Did you catch We Are Who We Are’s fleeting Episode 3 cameo from Call Me by Your Name‘s Timothée Chalamet?

8 | As Weakest Link knocks out players, can’t the remaining ones shuffle their podiums closer together to save the cameraman (and us) from whiplash-like movements during the vote-casting segment?

9 | Did The 100‘s “judge” overturn its verdict a little too easily in the series finale? And could that ending have been any more bleak? 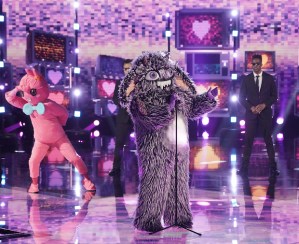 10 | The Masked Singer‘s latest “castoff” — resolved as he was to unmask himself, and sure to get voted off in a jiffy had he not — basically hogged a spot that someone else could have properly filled, right?

11 | Are I Can See Your Voice‘s bad singers urged to sing especially off-key when it’s time to reveal themselves? Like, does anyone genuinely screech as horrifically as “G.I. Jane” did?

12 | Be honest: Before you watched South Park‘s pandemic special, did you know what a pangolin was? And what was the grossest part of said special: all of the besteality, or Randy’s… uhh, homemade solution to curing COVID symptoms? 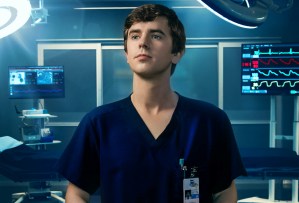 13 | While we’re not surprised to see The Good Doctor add new junior residents — after all, exec producer David Shore told TVLine that Shaun would be in a “supervisory role” this season — are you surprised to see them add four new characters, when there was already some concern about having enough material for its eight returning cast members?

14 | Doesn’t Jim Carrey as SNL‘s Joe Biden look more like Count Olaf disguised as Joe Biden? Also, how do we expect SNL to acknowledge Trump testing positive for the coronavirus? (Does Alec Baldwin’s Trump enter the inevitable debate sketch, coughing into his hand while insisting “It’s fine! It’s fine!”? Or do they wait to acknowledge it until Weekend Update? )Finally, what are the chances that Sacha Baron Cohen hosts SNL this month — either as himself or as Borat — to promote the release of Borat 2?

15 | In the Raised by Wolves Season 1 finale (Spoiler Alert!), did you half expect one of executive producer Ridley Scott’s Alien xenomorphs to emerge from Mother’s maw when she went into labor?

16 | What was that Match Game question about selling your “Kia Soul to the Devil”? Most ham-handed product placement ever? 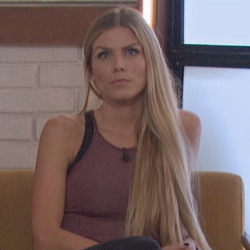 17 | Did Big Brother veteran Dani overplay her hand by trying to pit too many houseguests against each other? And why did Enzo evict David over Nicole?

18 | The Boys Episode 7 Spoiler Alert! Did this Friday’s episode break a record for Most Exploded Heads in a Single Scene on TV?