America Ferrera isn’t punching out of Superstore as soon as we thought.

TVLine can exclusively confirm that Ferrera — whose previously announced departure from NBC’s No. 1 comedy was delayed due to COVID-19 — has signed on to appear in not one, but two Season 6 episodes. As a result, the sitcom’s milestone 100th episode will now double as Ferrera’s swan song.

The news comes as Superstore works to incorporate the ongoing coronavirus pandemic into Amy’s farewell storyline, which began last season when she accepted a corporate gig in California.

“We’re lucky enough to have America back for our first two episodes of the season,” co-showrunners Jonathan Green and Gabe Miller tell TVLine. “There was so much we wanted to explore with COVID and how it changes the world of Cloud 9 that we decided to focus on that in the premiere, with Amy starting her new job remotely while still trying to manage the store.

“The second episode will cover Amy’s last day at Cloud 9, so we can fully give her the sendoff she deserves,” they continue. “It’s also Superstore‘s 100th episode, so we’re excited that America will be celebrating that milestone with us.”

Further elaborating on Season 6’s COVID theme, Green and Miller tell us that the premiere will pick up where last season’s cliffhanger left off, as the virus delays Amy and Jonah’s move to California. “[There will be] time jumps within the episode taking us through the early months of the pandemic, [before we] gradually catch up to where things are now. We’ll show how all of our characters are handling the uncertainty, the panicky and difficult customers, and the new demands of the job.” That includes Glenn and Dina, who “initially enjoy being called ‘heroes,’ but that doesn’t last long.” 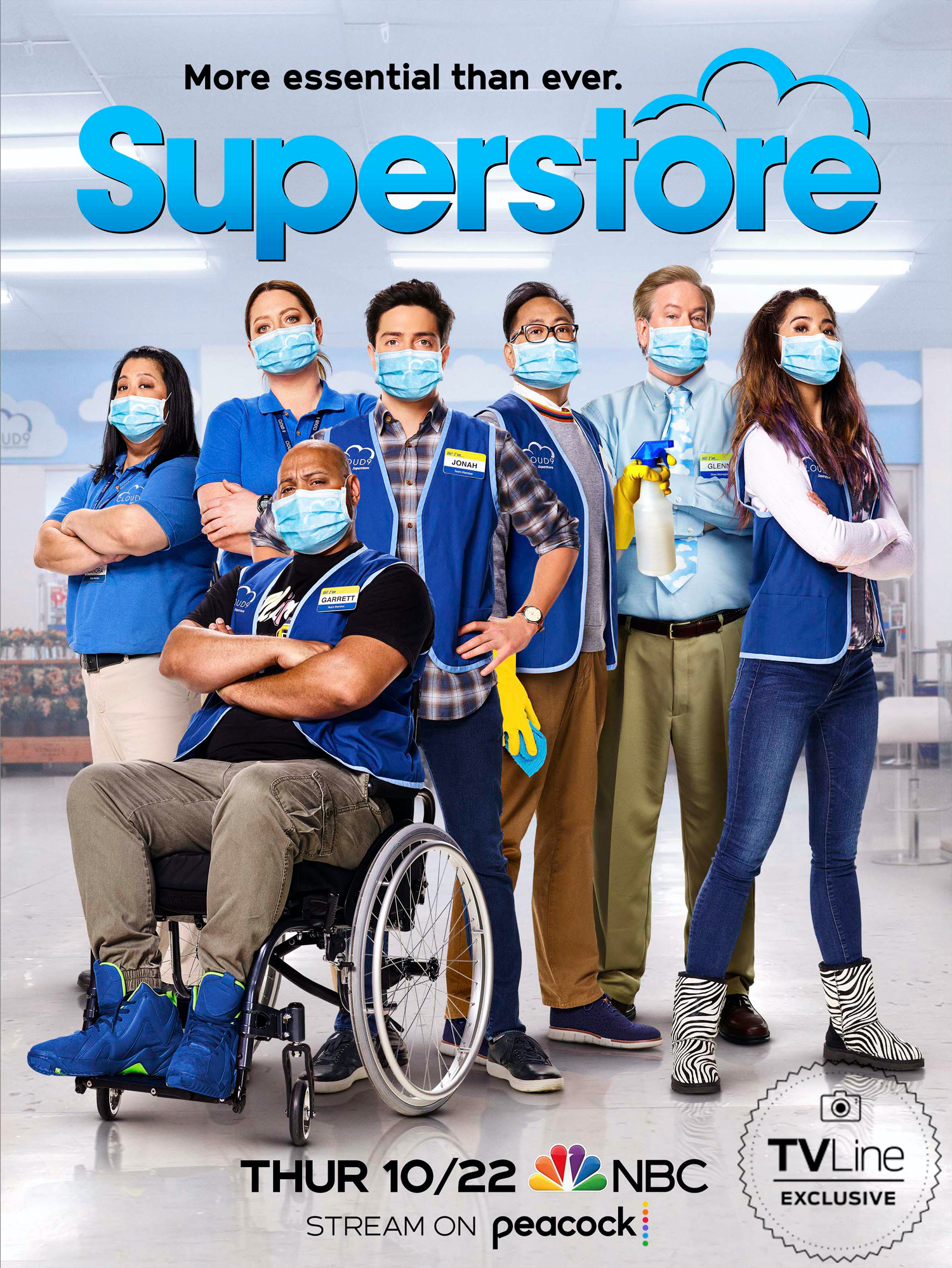