Talk about a Haught girl summer.

Over the first half of Season 4, Wynonna Earp‘s onetime sheriff endured quite the crucible — dodging zombies while suffering a thrice (!)-broken leg, sweating out the fate of her true love Waverly (as well as “best friend” Wynonna) for more than 18 months, and then nearly killing Doc whilst subject to a frog-burping hex.

To think that all she had to do was (temporarily) die before everything turned out alright!

TVLine spoke with Nicole’s portrayer, Kat Barrell, about getting such a showcase over the season’s first half-dozen episodes, and the secret to filming an envelope-pushing love scene. Plus, what does the future hold for newly engaged #WayHaught?

TVLINE | Nicole has been such a wonderfully active character this season, at the front of a lot of stories. Is that something you picked up on, too? Is it something you’ve been wanting?
I mean, definitely. It’s really nice to see another layer of her. I’ve been really happy with her storyline this season and everything [showrunner] Emily [Andras] trusted me with. I feel like I’ve just gotten to play so much and try a bunch of new and different things. It’s been such a fun season for Nicole so far.

TVLINE | And even with everything that she’s got going on, amid all that drama, it’s never been at the cost of the romantic aspect of her storyline. Like, we still know that Waverly is her person.
Absolutely. This couple has had to run through so much craziness. I mean, they kind of fell in love in the middle of crazy, and that continues to be their lives. I think they’re just building better and better coping skills with all of it, and figuring out a way to still stay attached and strong. They make sure that they’re always checking in with each other even with everything that’s going on. It’s an amazing example of how tight their bond is that even if they’re fighting demons and they’re not physically in the same space, they still feel like they have this connection. And that connection seems to get stronger and stronger the more time we spend with them. 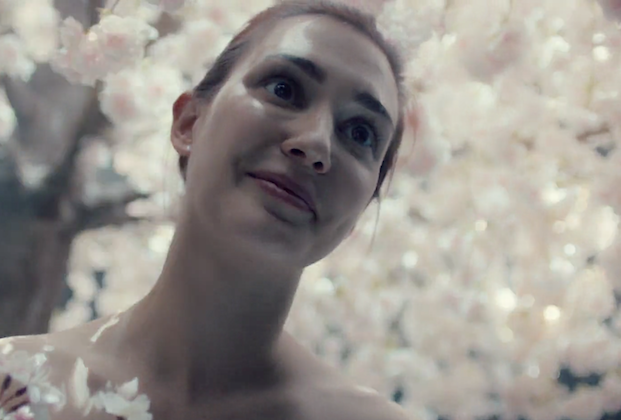 TVLINE | Everyone who plays a hero likes to be bad once in a while, and we gave you a Performer of the Week mention for everything you did in Episode 2. Did playing Eve scratch that itch for you, to go bad for a bit?
It totally did. I loved playing bad. I think playing the antagonist or the villain is incredibly fun, because you get permission to all these things that you can’t when you’re the hero with a moral compass. I mean, Nicole is like the most morally stable person I’ve ever “known” — she always is so noble and does the right thing — so it’s really fun to play bad in her skin. I would absolutely love to go on to play more villains, I do think they are the most fun characters to play — especially when you have such a great writer as Emily and her whole team. There’s never a “bad guy,” there’s always a reason. A bad guy never thinks that they’re a bad guy, they just have their own version of reality in which they are the hero. You’re never just like, “Oh, I’m evil.” It’s, “I want this thing more than anything else and if that makes me bad in the eyes of you, then so be it. But I am the hero of my own story.” That’s what’s so exciting about playing really well-written villains.

TVLINE | Talk about the trust between you and Dominique [Provost-Chalkley], because Emily was telling me that without it, you don’t get Episode 2’s incredibly beautiful Nicole/Waverly love scene.
I mean, Dominique and I have been through so much together. We’ve been working together now for five years, which is hard to believe, and not only that but we’ve traveled together, we’ve done conventions together, and we’ve watched each other through our personal life’s ups and downs…. We’ve been witness to so many huge moments in each other’s lives, and I think that ultimately builds a massive amount of trust. But also, we just care so much about these characters and what they represent for so many people and what they represent for us. It’s always been important to us, from Day 1, that the relationship feels super grounded, super authentic, super real, and we’ve worked so hard on that.

The other important thing is that we talk everything through, so there’s never anything we’re afraid to say or are holding back. We’re always discussing every moment and minding every moment so that we can make it the best we can. We have developed this language for [Nicole and Waverly] and we’re never afraid to offer something. It’s an absence of fear, which is incredibly rare in this industry. A, it’s so rare that you get to work with people for this long and have these life experiences with them, and B, it’s so rare that you have an acting partner who is so open and trusting, and everyone is able to put their fear aside, or ego aside, or reservations aside. If there’s a scene that is intimidating, not just if it’s a physical scene but even if it’s a really emotional scene or a physically challenging scene, we always know that we have each other’s back. It’s a really special bond that we’re really, really lucky to have cultivated over the years.

TVLINE | I liked how the show recently took a couple beats to acknowledge the friction between Nicole and Jeremy, instead of glossing over it. Obviously the storyline needed him in one part of the story for those 18 months and you in another, but the characters don’t know that someone is writing their story. It made sense that there was this hurt.
Absolutely. Nicole is dealing still with a tremendous amount of guilt over what she thinks is that she let everyone down, she wasn’t able to step up to the plate. She has always had this thing where she’s felt like a bit of an outsider because she isn’t technically a “supernatural defender” or whatever. She’s a fighter for the people, so she’s always been like, “Let me help, I can do it, too,” and then she finally gets a chance and she really, in her eyes, let everyone down and did not rise to the challenge.

For someone like Nicole, whose identity is largely wrapped up in being the protector and the provider, not being able to do that, and under such extreme circumstances, really destroyed her. Not having contact with Jeremy, she felt alone, so seeing him again she has sort of started to sort through some of those feelings — but there’s never any time on Wynonna Earp to sort through things! So, Jeremy showing up kind of ripped off the Band-Aid a bit.

TVLINE | Two-part question: What’s the secret to pretending to hurl for almost an entire episode and not actually feel sick? And did you get to play with the frogs?
The frogs were very well cared for. We had two animal wranglers for our frogs and no, we were not allowed to touch them because the oils on our hands, I think, are dangerous for them. They were very, very careful about the frogs, only the handlers got to touch them. I think even Varun [Saranga, who plays Jeremy] technically wasn’t allowed to make contact. He would go to touch them and just “play” that they jumped away.

And then the secret to hurling, I don’t know, I mean…

TVLINE | I felt for you. Like, how is she not legit turning green from all this fake retching?
I don’t know, I found it quite fun, to be honest. [Laughs] Having something to throw up really helped, but I have been told by a few of my castmates that it may be a new special skill of mine. We’ve all got to be good at something, right?

TVLINE | Turning to the end of the midseason finale: Wynonna and Doc cast this little gray cloud over WayHaught’s beautiful proposal….
That’s just apropos for the show, where one thing is wonderful and another thing is falling apart. But that’s actually one of the really beautiful things about the show. In the midst of all this happiness and celebration there still is a lot of pain and not everybody’s OK, and I think that’s such a metaphor for what families are like. It’s so rare that we have a situation in our family where everyone is awesome, everyone is A-plus, top-level happiness, everyone’s great. That’s what I love about the show, it’s always so grounded and I think the way that it remains grounded is that we are constantly reminded about what’s at stake, what we have to lose, and that not everyone’s always happy and OK — and that’s so true about life. So, I loved that bittersweet moment and really enjoyed how it was so truthful to what Wynonna and Doc are going through. Even though they’re still happy for Waverly and Nicole, it was important to have their moment, too, to explore where they’re at.

I often think that, romantically, Wynonna and Doc’s relationship is the yin and yang with Nicole and Waverly’s relationship. The two couples always seem to teeter totter — if they’re up, we’re down, if we’re up, they’re down. There’s something quite nice about that. It keeps things really interesting. 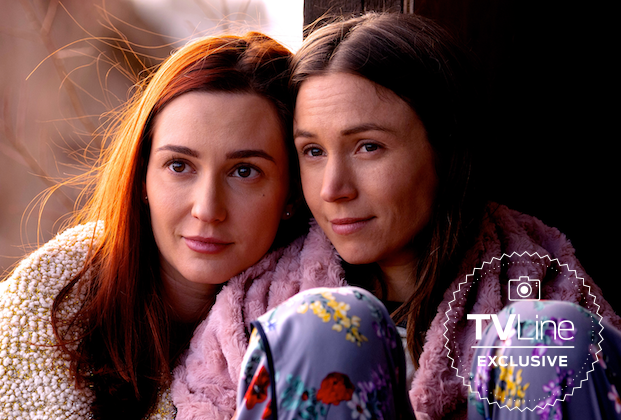 TVLINE | When the show eventually returns with the rest of Season 4, what will early fiancée-and-fiancée life look like for WayHaught?
I think they’re just so, so happy to have solidified their engagement and really be moving forward in a solid direction. There are hard times of transition in relationships where you’re like, “OK, what’s our next step?,” and I think for a long time Nicole and Waverly didn’t know. Everything was really grey, everything was really chaotic, and now we finally see them getting a chance to breathe and have some celebration time and some time to be reflective. We’re often moving so fast on the show that there isn’t really a lot of time to reflect and enjoy, to take a step back and take it in. So, I think that’s where we happily find them, being able to just have a brief moment to enjoy. And then of course they get back to the chaos!