THE PERFORMANCE | In the OWN drama’s penultimate episode — and what looked like it might be his final one — David brought down the house with a performance that ticked all the boxes. First, as Bishop turned the twinkle in his eye up to “blinding” in hopes of persuading Lady Mae to remarry him sooner than later, his portrayer mounted a charm offensive that we’d have thought irresistible — until she resisted it!

Later, as James bonded with grandson AJ over “the daunting power of the cube of car” that they meant to unpack, David sold the idea of being saved with a sincere enthusiasm that was just this side of miraculous. “I hope I get to be there when you do ask [the Lord] into your life, because the smile that I’m gonna see on this face… ” said Bishop, radiating joy, “it’s gonna be equal in beauty to 10 Grand Canyons and a hundred sunsets.”

Finally came the actor’s tour de force. When Bishop learned why he and Lady Mae had been willed their lavish estate, he stormed into (what used to be) their church and confessed his sins to his entire flock. He’d gotten “fat and happy” taking advantage of their faith in him, he said, his face contorted with shame. “All I ever wanted was to show you what is possible with God, but I’m afraid that all I ever showed you is what is inevitable without him.”

In front of our eyes, David gave Bishop 40 metaphorical lashes, tears brimming in his eyes, rage and remorse fighting for dominance in his voice. It was a breathtaking monologue, rendered with a talent so rare, it could only have been… well, God-given. 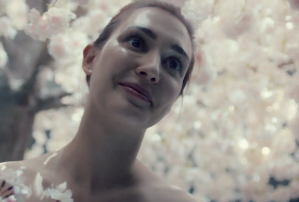 HONORABLE MENTION | Wynonna Earp‘s latest episode may have been titled “Friends in Low Places,” but it shall hereby be unofficially known as “The Kat Barrell Show,” given how, depending on your math, she played four different roles across two realms. As the cherry blossom-clad woman Waverly believed to be Nicole, she donned a happy mask while just barely concealing her contempt for the half-angel. Once Eve dropped that act, Barrell went all in as a hissing villain vowing to kill all of Waverly’s loved ones. Meanwhile as the real Nicole, Barrell — amid the pained yelps that come with a thrice-broken leg — explored the ginger as a selfless bestie and as a mentor to Rachel Valdez, who needed to appreciate the power of imperfect people. Last but not least, there was Nicole the warm, attentive lover, delighted to celebrate the Christmas that is her lonnnng-missing fiancée’s voice. 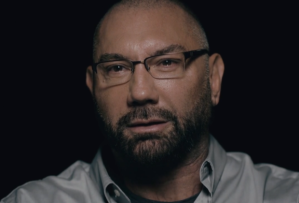 HONORABLE MENTION | Former pro wrestlers may be used to flexing their biceps, but in Room 104‘s third episode, it’s Dave Bautista‘s acting muscle that was on full display. Though his character Raw Dog Avalanche was also a wrestler, Bautista’s performance was far from well-worn territory. Typically known for action-comedy blockbusters, the actor rose to new heights as Avalanche struggled with an unraveling trauma he simply couldn’t remember. Working through his broken memory in therapy, Bautista showed heaps of vulnerability, undulating from rage to pain, as we learned about an accidental death he was responsible for and the sexual abuse he suffered as a child. When Avalanche screamed, “I am not a violent person… that monster made me a monster!” his torment cut deep. Here, Bautista proved he’s much more than a chiseled hardbody doling out mainstream laughs; he can also turn out a layered performance full of emotional depth. 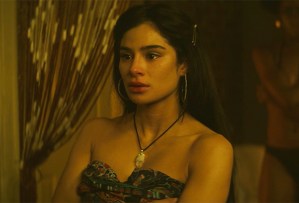 HONORABLE MENTION | Each one of Kay’s rotating personalities presents Diane Guerrero with a unique opportunity to raise her own personal bar, and the chameleonic actress took full advantage of that once again in Doom Patrol‘s second season finale. The emotional journey Guerrero took us on while flashing back to Miranda’s ill-fated romance was so captivating, we nearly forgot that the “real” action was going down with everyone else at the carnival. Jane’s farewell speech to her lover and his horny entourage was one of the funniest, filthiest, most unexpected moments of the season — a full 180 from the softer, more vulnerable young woman we first encountered at the top of the hour.