THE SHOW | HBO’s I May Destroy You

THE PERFORMANCE | Prior to the excellent finale of the edgy HBO series, Englishman Reeves was pretty much an unknown here in the States. Maybe not even “pretty much.” But no more. His performance — or, should we say performances, since he played three alternate-reality versions of David? — not only put him on the map, it made him a hotspot.

In the first scenario, in which Arabella (Michaela Coel, as always a revelation) sought revenge on the creep who’d drugged and assaulted her, Reeves took David from marble-smooth and charming to utterly shocked at having the tables turned on him. After the actor demonstrated one of the great drunken stumbles in the annals of television, it was lights out for that iteration of his character.

In scenario No. 2 — Reeves’ best showcase — he highlighted the casualness of David’s predation until Arabella revealed that she hadn’t succumbed to the drug he’d slipped her. At first he was stunned. She’d willingly imbibed a roofied cocktail? Then he went on the offensive, Reeves exploding to reveal a little man hiding behind a big temper. “There’s wars going on in Iraq, and what?” he spat. “You’re making a big ol’ drama because some bloke slipped a pill in your drink and wants to f–k your brains out in a nightclub.”

Impressive as Reeves was in demonstrating David’s misplaced rage, that was nothing compared to his work in the meltdown that ensued. As Arabella’s attacker told her repeatedly that she was just a dumb little whore, Reeves face grew distorted, as if being wrecked from the inside. Soon, David had started calling himself a dumb little whore, memories of past abuse washing over him like a flood of poison.

It was stunning work, especially taken in the context of his variations on David in scenarios 1 and 3, in which he and Arabella had a hookup that put the sensual in consensual. In the end, we were left not caring so much where Reeves had been all this time that we were unaware of him but keenly interested to know where he’s going. The chap is a find. 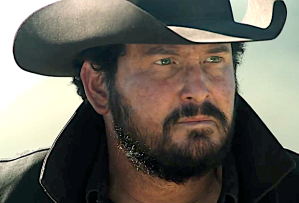 HONORABLE MENTION | Yellowstone’s Rip is so tough, he’s less a ranch hand than a ranch fist. But he also has a soft side that packs just as great a punch. And in Season 3’s finale, Cole Hauser kept it very much on display, first as Rip shielded Beth from the brutality of his covert ops, then as he visited his mother’s grave… to remove from her finger the ring that he wanted to give his intended. It sounds ghoulish, we know, but it was hella touching, Hauser speaking in a whisper that verged on a sob. Finally, when Rip was called upon to put a dying horse out of its misery, his portrayer turned the ache up to 11. “I’d rather kill a thousand men,” he intoned, “than shoot another horse.” Thanks to Hauser, we believed him. 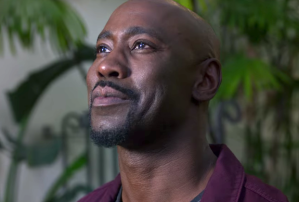 HONORABLE MENTION | It takes a lot to ruffle Amenadiel’s feathers on Lucifer, and that is why DB Woodside‘s performance in Season 5’s fifth episode was such a delight. With “Deckerstar” on a break of sorts, Luci’s brother was tagged in to help Chloe investigate a murder at a convent, but Lord knows no one — Amenadiel included! — anticipated the effect the undercover angel would have on the slew of sisters. As the celestial was met with almost-inappropriate, doe-eyed gazes, Woodside found refreshing comedy to play, chagrined as the strong, silent type was. Capping Woodside’s standout outing was a sweet scene in which Amenadiel revealed to Chloe that she was not God’s “gift” to Lucifer, but her unique ability to see the Devil as a person was. Hey, sometimes it is good to be the messenger.