The animated preschool series PAW Patrol has not been cancelled amid concerns about police brutality, as suggested on Friday by White House press secretary Kayleigh McEnany.

In discussing the negative aspects of “cancel culture,” McEnany listed PAW Patrol right alongside fellow TV series COPS and Live P.D. as having been cancelled in recent weeks.

The thing is, the live-action reality show COPS actually was cancelled, more than 30 years after its debut — “We don’t have any current or future plans for it to return,” said its latest home, Paramount Network — while A&E recently and indefinitely stopped production on Live P.D. during this “critical time in our nation’s history.”

PAW Patrol, however, has not in any way, shape or form been cancelled. As such, heroic rescue pups Chase (pictured above), Marshall, Rocky, Rubble, Zuma, Skye and Everest will continue to work with a tech-savvy boy named Ryde to protect the Adventure Bay community.

Similarly, LEGO has not “halted sales” but the marketing of about 30 law enforcement-related products, citing “recent events.”

Perhaps leading to McEnany’s confusion was a recent meme that satirized the wave of “cancellations” born of concerns about police violence: 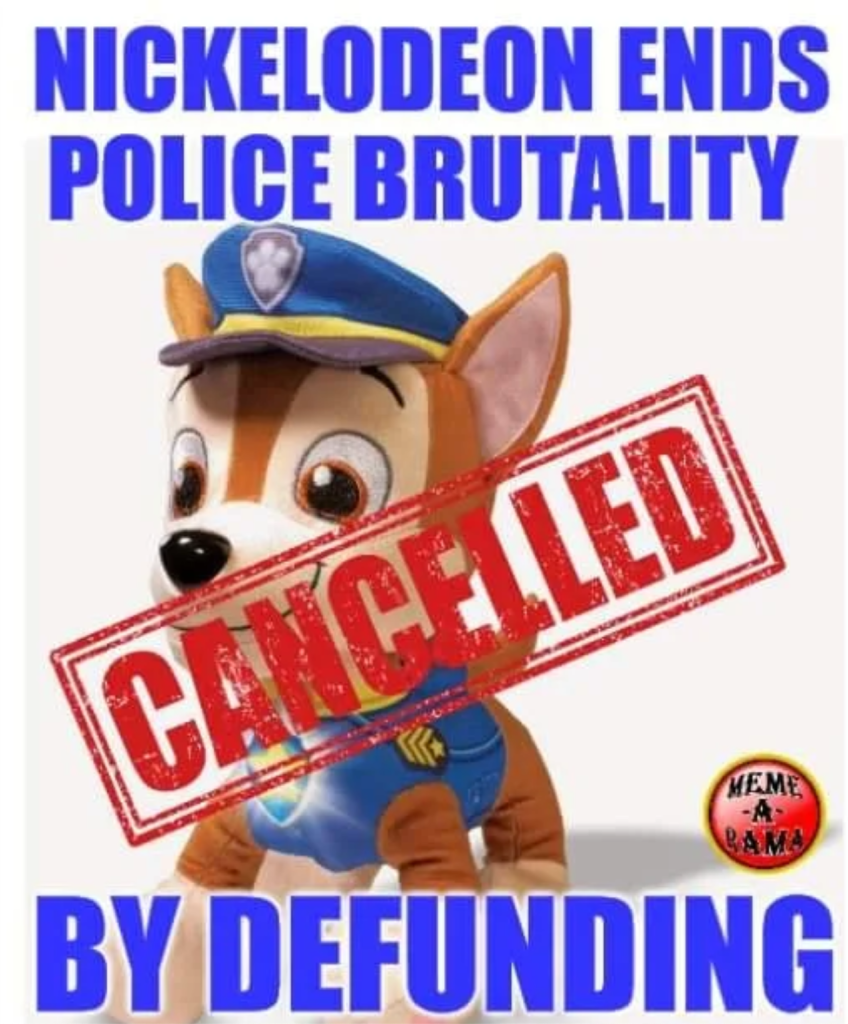 In fact, not only has PAW Patrol not been sent to the proverbial farm, it is headed to the big screen as a feature directed by animation veteran Cal Brunker and eyed for an August 2021 release.