Is this the season of Lucifer where the detective finally seals the deal with the Devil? (Or as a lovely, sassy lady once put it, is the Netflix series nearing the destination of Bonetown?)

TVLine has gotten its hands on the key art/poster for Season 5 of the supernatural-tinged procedural, and it strongly suggests that the time is indeed now to “give in to temptation.”

Of course, those who have pressed play on the recently released trailer for Season 5 (embedded down below) may have some concerns about Chloe (played by Lauren German) acting too hastily upon seeing Lucifer’s face again, so unexpectedly soon. (When last we tuned in, Tom Ellis’ Lucifer had bid Chloe a sad farewell — and just as she had uttered those three not-so-little words! — before returning to Hell, to keep restless demons from trying to escape topside.) 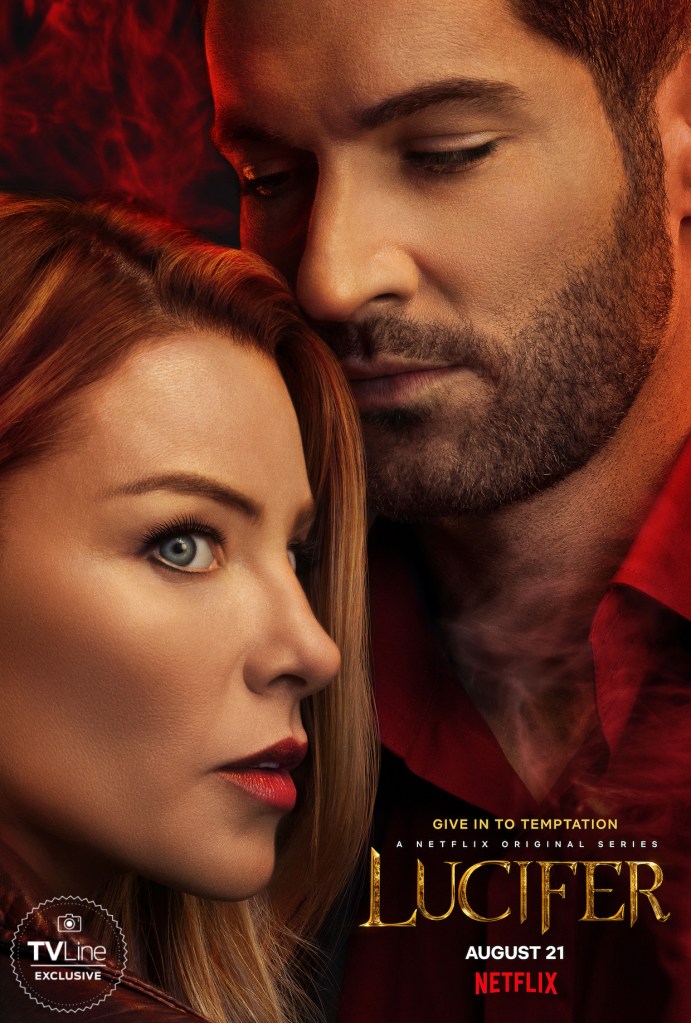 When a reader asked TVLine’s Inside Line, “How will Lucifer and Chloe’s relationship develop when he comes back from Hell?,” co-showrunner Joe Henderson teased, “Wait, who says Lucifer’s coming back??” He then added (at a time when Season 5 was believed to be the final season), “We can’t say much, but know that Ildy [Modrovich] and I are Deckerstar fans ourselves, so we asked ourselves… what do we want to see happen between Lucifer and Chloe? What haven’t we explored or explained yet? And we’ve tried to get all of that in Season 5.”

The first half (eight episodes) of Lucifer Season 5 will be released to Netflix on Friday, Aug. 21. “In the stunning fifth season, the stakes are higher than ever,” reads an official teaser. “Secrets will be revealed, beloved characters will die, and we’ll finally get an answer to the question, ‘Will they or won’t they?’”

Netflix recently and super-officially announced a Season 6 renewal, but make no mistake, that will be the “final, FINAL” season, the streamer made clear.