Warning: The following contains major spoilers for Thursday’s Burden of Truth. Proceed at your own risk!

The biggest question facing Burden of Truth‘s Joanna and Billy following the Season 3 finale: Will the partners, in life and in work, be back for another season? Even if the import — which as of Thursday afternoon had yet to be officially renewed by Canadian broadcaster CBC — doesn’t return, the finale provided plenty of closure for the lawyers.

Joanna and Billy won their case, getting Kodie custody of her kids, by exposing Dr. Solomon Stone’s God complex, which was born out of a childhood trauma: his sister died as a kid in a house fire set by his drunk mother’s cigarette. While questioned by Joanna, Dr. Stone yelled on the stand that some people didn’t deserve to be parents.

Joanna and her beau Billy were on the verge of becoming parents themselves, as the end of the episode jumped forward in time to reveal a very pregnant Joanna at Crawford Chang, where business was bustling. Meanwhile, Luna found success in small claims court (…and possibly love in law school), Taylor joined the cadets program after getting Sam Mercer arrested, and Owen exposed the mayor’s dirty dealings.

Below, star Peter Mooney talks about Billy and Joanna’s future, the prospects of a fourth season and reuniting with his Rookie Blue castmate Ben Bass.

TVLINE | When I spoke to Kristin Kreuk earlier this season, she said that what she liked about the premiere’s time jump was that you really got to explore what makes relationships interesting and the drama of when things get hard again. What was your favorite aspect of Joanna and Billy’s storyline this season?
It’s exactly that. I love that. So often in stories, we get to the point where the couple comes together, and then that’s the end, and all of the most interesting struggles, the things that follow that, are left out and just rolled into a “happily ever after.” So I love that we come back to them after that initial grace period, after that easy-breezy honeymoon bit, and we get to see them when they have some huge struggles that they have to deal with. 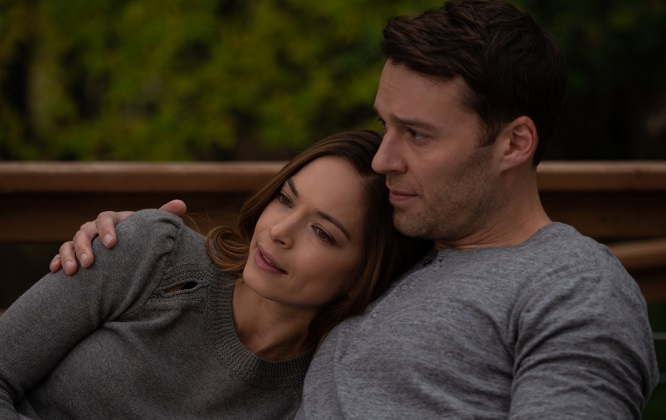 TVLINE | They spent so much of this season with this sort of unspoken “elephant in the room” between them, in terms of the baby. Was that challenging for you, to play this tension and this inability to address what was directly going on between them?
Oh, no. For me, Season 3 was my favorite one to do because it was so nice to have this sort of ticking time bomb of the case, and having to play through and discover everything that we have to do in terms of the procedural aspects of the show, but then also have this huge thing just boiling underneath between the two of them. It was so satisfying to play, a real treat.

TVLINE | The scene in the previous episode where you finally confronted her about the baby on the side of the road was so well done.
Oh, thank you! I think it was a few degrees colder than it was on Mars that day. We shoot in Winnipeg, which is actually my hometown, and we shot a little later than we usually do in the year, so we encountered some extra cold, and it was just freezing when we shot that scene. So I’m so glad it turned out. We didn’t know. We were just glad we escaped hypothermia.

TVLINE | I described the scene as both juicy and painful.
That’s a perfect description for that. I think it was really satisfying, because the pressure had been building up all season towards it. But then there’s also a real tenderness. To actually see them connect and actually see them talk about what they’re feeling was so satisfying, because as a couple, it’s not necessarily their forte.

TVLINE | I was a little surprised that the finale’s flash-forward didn’t include an engagement. Did Joanna’s recent comment to Billy  about marriage and getting out of contracts signify that that’s not important to them? Or do you think Billy would like for them to get married?
I think Billy and Joanna are totally starting from scratch when it comes to figuring out a life together. An engagement and marriage would have been an important idea to Billy when we first came to know him, but as the two of them have gotten deeper into their relationship, it’s become clear that they’re not going to follow any predetermined steps. They’ve cast off nearly everything, and they’re going to invent what’s next based on what’s truly important to them. Plus, for these two lawyers, the firm, Crawford Chang, is a kind of stand-in for that commitment. 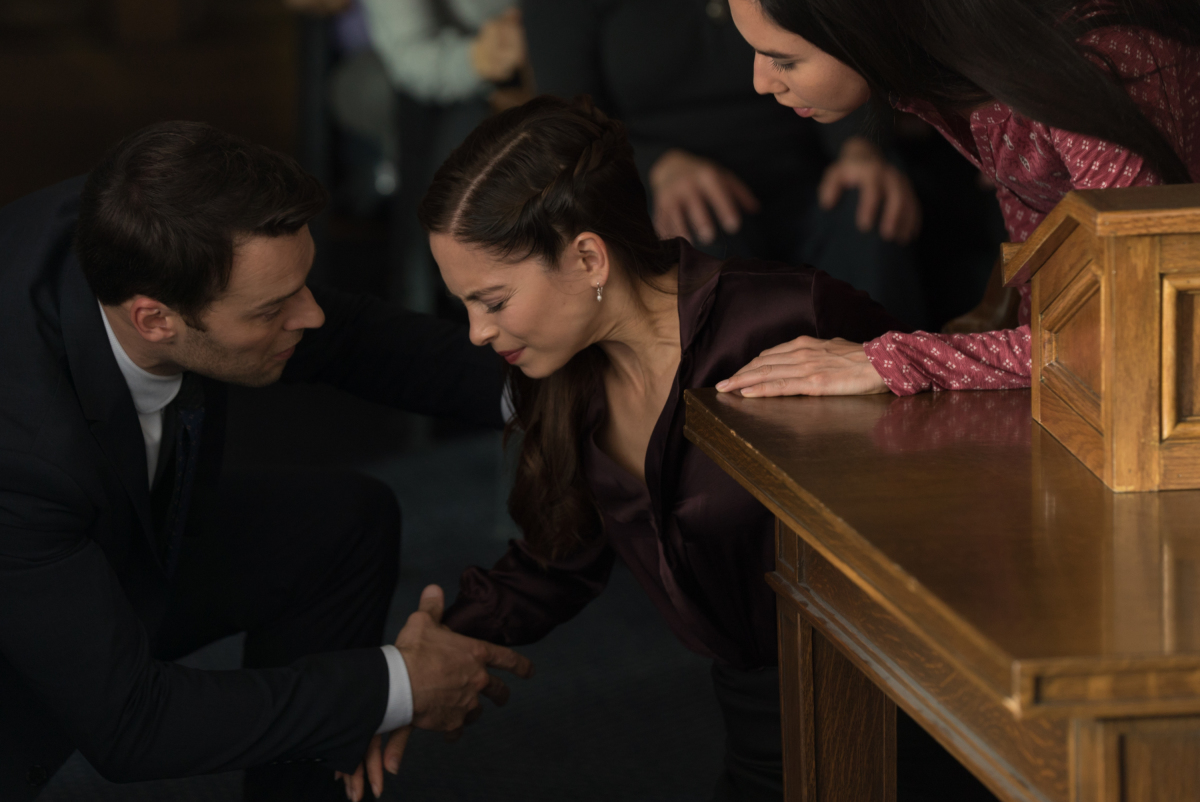 TVLINE | Now that we know that Joanna’s going to have the baby any day now, what excites you about the idea of seeing Billy as a father?
For the two characters, so much of the show has been about family of origin and how as an adult, how you move forward, in spite of or in the face of everything that you’ve come from. Both Billy and Joanna have come from difficult situations, and now they’re learning how to navigate their way as their own family, as their own new unit. So to see how that extends to them having a child, it is just going to be fascinating, and it’s really exciting. It’s an exciting prospect, looking forward.

TVLINE | Speaking of looking forward, the flash-forward felt very series finale-ish. What have you heard about a Season 4?
Well, I can’t say too much, but I feel good about it. The only thing that we’re really dealing with — and everyone’s dealing with right now — is the realities of shooting with the current pandemic. So I’m really, really hopeful that we’ll be able to go back for a Season 4, because that story did wrap up and I thought they wrapped it up so beautifully at the end of Season 3, but what I’m really interested in now is what does the new story look like? What does it look like with them as a family? And how do they continue on practicing as lawyers and moving forward together [with] a brand new little one on the mix? Right now, we’re just keeping our fingers crossed and hoping for some measure of a “return to normal” enough that we would be able to get back to filming. I think there’s more story there.

TVLINE | Have you talked to your showrunner Bradley Simpson, or Kristin, about the vision for Season 4, if it gets renewed?
Absolutely. I’ve talked with both of them, but all just sort of pretty informally, and it’s still pretty explorative at this point. But I know Brad’s hard at work, cooking up some case ideas and some overarching story ideas, so I do feel like if we do go and if we are able to figure out how to film during this, I think there’s a great season waiting in the wings for people.

TVLINE | If that was the end of the show, are you satisfied with how everything wrapped up?
I am satisfied. If it does end there, I felt like a story, a chapter of their life, has come to a close, the way we left it off, and then it would allow the next chapter to live on in the audience’s imagination, like what happens after. It’s kind of this dangling “What’s next?” that I don’t think is dissatisfying. I would like to do more just because I feel like there’s just more story there, but if it is the end, then I think it’s come to a beautiful and satisfying close. 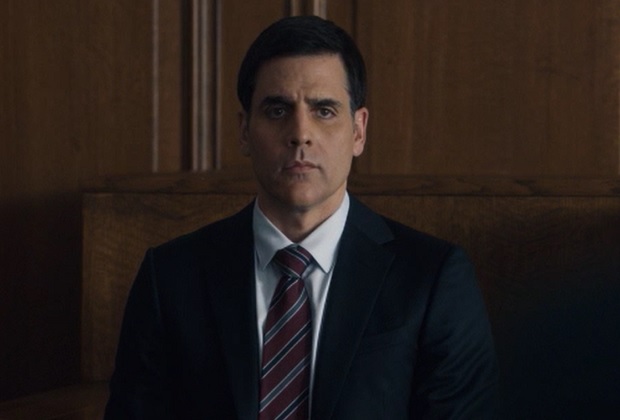 TVLINE | We got a little Rookie Blue reunion, which was really fun.
[Laughs] Yeah, we did, which was very satisfying for me, I have to say. Ben [Bass] is always such a treat to work with and so fun in a [different] capacity this year. It was great.

TVLINE | Was it fun to be the one who kind of won against Ben, that Billy was able to best Ben’s character?
[Laughs] Yeah, [Rookie Blue‘s Nick] had to wait patiently and turn into a small-town lawyer, and then it all came out all right. You know, [Rookie Blue vet] Matt Gordon was in Season 2, so it’s been really fun when we’ve been able to meet up on totally different playing fields. That Rookie Blue cast was a really special, special one, and so many of us have remained friends. We’re all really grateful when we have the opportunity to work together again.

TVLINE | Did the producers or Ben reach out to you about the casting, or did you just show up on set and there Ben was?
I heard it was Ben a couple weeks before we started, so I had a bit of a heads-up that he was coming. By that point, I knew what the character was going to be and what that storyline was going to be, so it was very exciting to think of him in that. I thought he was just great in it, and [it was] something that’s a real departure from Swarek, who so many people came to know him [as].

TVLINE | Big departure. Did you get to tease him about the flashback photo?
Oh, my God, I love that photo! I didn’t see that until the day of, when we were shooting that scene. So that was a treat for me. I thought he was very gracious to unearth that from the archives and let us use it.

TVLINE | Is there anybody else from the Rookie Blue cast that you’re dying to work with again?
I’d really love to work with Charlotte Sullivan again. She and I had a lot of fun shooting together, and she’s just such a fun, kooky, unpredictable actress. I just think she’s the best. So it’d be super-fun to get to get to work with her again.

Burden of Truth fans, what did you think of the season ender? Grade it below, then hit the comments!