When Burden of Truth Season 3 premieres this Thursday (The CW, 8/7c), Joanna and Billy are not a new couple — because they’ve actually been in a relationship for a significant amount of time! And not only are the lawyers shacking up, but they’ve also started a law firm together in Winnipeg. How’s that for different?!

In jumping past the pair’s early dating months, “we skipped the part that’s really not that important,” star Kristin Kreuk tells TVLine. “It’s not dramatic. The dramatic part happens when it gets hard again” — and things definitely get difficult very quickly for the duo, as they take on a new case, involving a childhood friend of Joanna’s, back in Millwood.

Below, Kreuk previews Season 3’s family theme and how Joanna and Billy’s past traumas will challenge their relationship.

TVLINE | Every year, the show kind of resets with a new case and a new personal struggle. As an executive producer, what kind of conversations did you have with the writers and the producers about the goals for this season?
So Bradley Simpson created the show, and he and I kind of debrief at the end of the season, and then when we get an inkling that we’re going to do another [season], we’ll come together. He’s a bit of a nerd. So he’ll go and collect a bunch of cases and stories that have been in the news in Canada that are things that he thinks are important, and then we’ll sit down and talk about that, and we’ll also talk about the characters, and particularly, obviously, from my perspective, Joanna, because whatever her character journey is, everyone else goes through something in relationship to that. So we really talk about what we want to accomplish in this portion of the story. 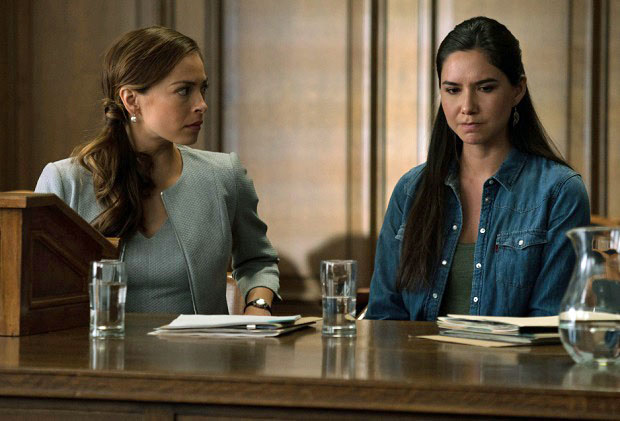 Season 1 was very much about facing your past, having the truth revealed to you. And Season 3 is kind of still about facing your past, but it’s specifically around relationship and family, and what it takes to recognize your trauma and identify it so that you can move forward and be in families of your own, whether that’s Billy and Joanna in a relationship or the guest star for the season, Kodie [played by Outlander‘s Sera-Lys McArthur], with losing her kids.

TVLINE | What’s different and unique about this year’s ongoing case? And how does it impact Joanna?
There are a few unique qualities to this case and season. We’ve incorporated flashbacks into this season of the show, which we’ve never done before. They’re quite poetic, I guess. They’re more flashes than direct scenes, but they inform what’s happening for Joanna.

What Joanna is facing, personally, is she’s starting to have, as you see in the first episode, panic attacks, which are the result of her worrying about a potential thing that’s happening with her and Billy, along with their business and their relationship. That’s certainly a unique aspect of it, and Billy and Joanna are in a relationship at this point in the story. We’ve skipped kind of the courtship phase, and they’ve been in a relationship, and they’re working together. So you’re seeing them struggle to build their company and build their relationship and deal with the new issues that are coming forward to confront them.

TVLINE | The official synopsis mentions that the case is connected to a long-buried secret from Joanna’s childhood. How many secrets are there in Joanna’s childhood?!
[Laughs] I don’t know if there are very many more! She had a rough childhood. All the secrets are related. They, certainly, are kind of the fallout from her childhood. I guess they’re less secrets and more parts of her trauma that come to the forefront of her mind as she’s going through these massive transitional parts of her life. So it’s not like there’s another crazy thing that happened. It’s just that there were things that she experienced as a young person, because she lived in a household that was abusive, with a father who was horrible, and a mother who was mentally ill, and she had no support. So the secret kind of relates to that. 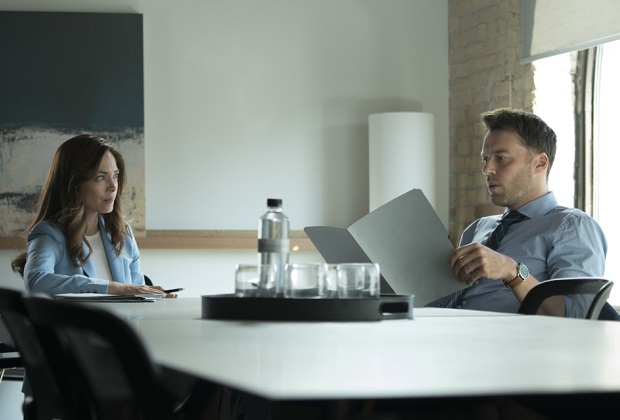 TVLINE | As you mentioned, there’s a pretty significant time jump, in terms of Joanna and Billy’s relationship this season. What did that allow you to explore and do with the relationship that was interesting and new?
I have this weird thing where I watch shows, and I always see the beginnings of relationship stories, and after people kiss, then they’re like, “Yay!” and you live in that kind of like heated tension at the beginning of things. I’m really interested in relationships and what it takes to make relationships work. That’s what we got to do by kind of skipping that part. We skipped the part that’s really not that important. It’s not dramatic. The dramatic part happens when it gets hard again. And that’s kind of what we do: We see them, and they love each other, and that’s clear and obvious. But when you work together, when you both come from an abusive household, when you have trauma in your past, when things are changing, there’s a lot of stress. So it allows us to push into their relationship with those threats, when they’re already together. That’s kind of the juicy part of relationships and love is when it’s gone on for a while, and there are things that come up that define you and define your coupledom. 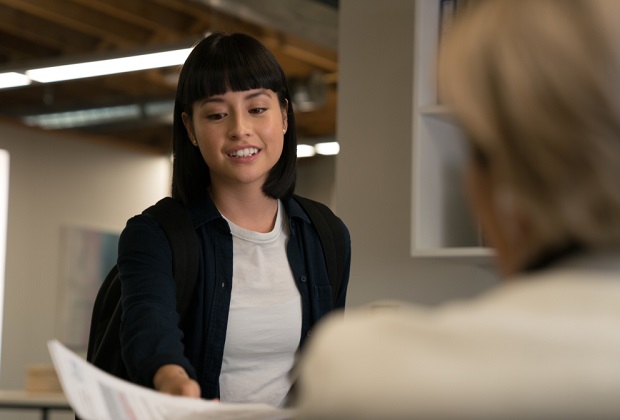 TVLINE | And how will Joanna and Luna’s relationship evolve as sisters this season?
They have a lot of tension this season. [Laughs] Luna is kind of redefining her life and her understanding of the world after, basically, her society rejected her, and she felt the brunt of the racism of her community. She’s moved away from Millwood, and she’s working with Joanna and Billy in Winnipeg, and she’s trying to get a handle on her life. The law is a tough place for her, because she really is an activist at heart, and she’s a fighter. The way Joanna does the law is, yes, she’s trying to do things that are good, but she is still a lawyer. Luna’s methods are not Joanna’s methods, and Joanna keeps trying to make Luna fit into her methods… So they’re at odds this season for a while, while Luna tries to figure out her own life.