We’ve got questions, and you’ve (maybe) got answers! With another week of TV gone by, we’re lobbing queries left and right about shows including Perry Mason, Doom Patrol and Search Party! 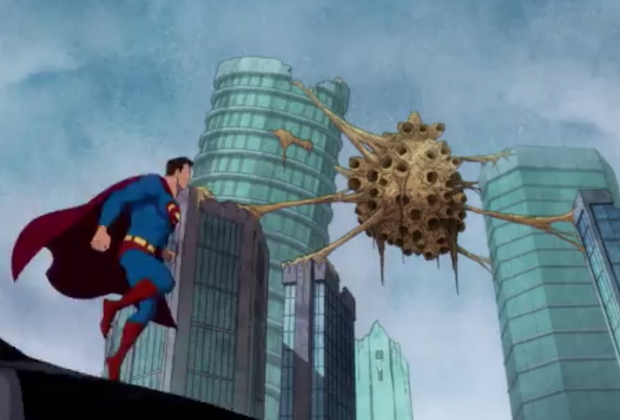 1 | Didn’t it look like Harley Quinn‘s Superman was zapping the coronavirus? (Were it that easy!)

2 | Do you think The Chi will ever give us the details on exactly how Brandon died?

3 | Is Matthew Rhys’ sullen take on Perry Mason giving you serious Philip-from-The Americans vibes? And do you think the graphic sex and violence might’ve turned off more than a few fans of the original TV series?

4 | Has the Snowpiercer TV series spelled out for us why the train can’t slow down or even stop for so major a repair? (Is it a momentum thing…?) Also, this already-supertall train’s subtrain has a crawl space beneath it?? 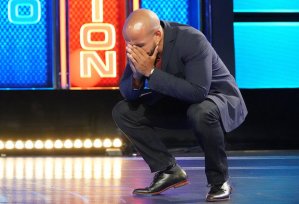 5 | Did no one in NBC’s scheduling department think that what the world needs right now is NOT back-to-back episodes of The Wall in which some extremely good people’s winnings were $100 followed by (ack!) $0?

6 | On DC’s Stargirl, TVLine reader Emmanuel wonders: “Why did The Gambler not think to use one of the six screens available to him to display CCTV footage, seeing as one of the screens was showing a card game?” Also, how high are your expectations for any payoff from Mike’s science fair “storyline”?

7 | Were any other World of Dance viewers disappointed that the super fun CBAction didn’t make it to the Duels?

8 | How is it that after three-plus months of doing shows remotely, TV producers/directors still haven’t figured out how to line up talent’s heads/eyelines during virtual interviews?

9 | Legendary fans: Was House of Lanvin’s near-flawless performance this week, after a messy showing last week, the best comeback of the season so far?

10 | Why did Agents of S.H.I.E.L.D.‘s grown-up Wilfred “Don’t Call Me Freddy” Malick sound nothing like his New York-accented, straight-outta-Newsies younger self?

11 | Why are Ultimate Tag‘s female taggers by and large in peak physical shape and clad in sleek costumes, while many of the guys look like they just finished a shift at Panera Bread and are wearing whatever fabric remnants the wardrobe department had handy?

12 | The Challenge/Big Brother fans: Are you Team Bayleigh or Team Kaycee? Plus, do you think Bay will get another opportunity to earn a red skull or is she SOL? 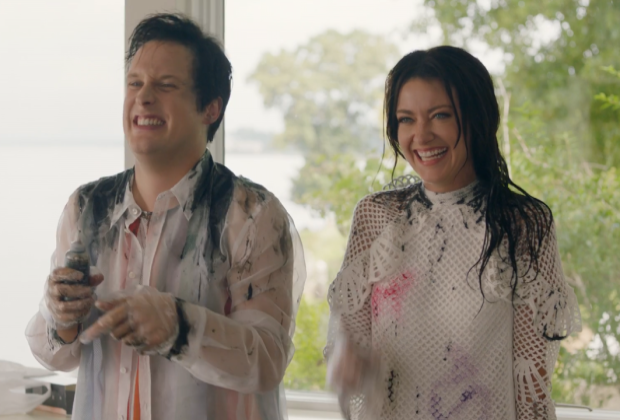 13 | Regarding Search Party‘s return, has any show ever cried out more for an extensive “previously on” recap than this one, which last aired a new episode a full two-and-a-half years ago? How awesomely bad were Elliot and Portia’s black dye jobs? Plus, which Season 3 guest star was your favorite: Michaela Watkins, Louis Anderson… someone else?

14 | Which of Doom Patrol‘s vermin-related moments grossed you out more: the rat-cockroach kiss from last season, or the violent rat birth in this week’s premiere?

15 | On Labor of Love, did Gary and Kristy’s date have an outdoors component that we didn’t see? Why else would both of them be so soaked by the time they sat down with the candles?

16 | After this week’s The Bold Type, we gotta ask: Do people really pay stylists to dress 4-year-olds for their kindergarten graduation?

17 | Now that we know Broke‘s second season would have introduced viewers to Javier’s father, which veteran TV actor did you imagine playing Jaime Camil’s on-screen dad?

18 | We have harped plenty on Don’t and its Ryan Reynolds commentary, but are you admittedly impressed to see that some of it (such as this week’s “private” aside to Adam Scott) is pre-planned?

19 | Is it pretty great how inclusive To Tell the Truth has been this season? 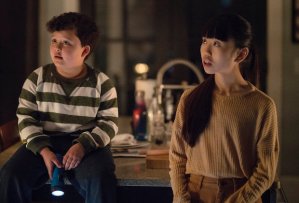 20 | Cute as that Council of Dads moment was, would rugrats Charlotte and JJ really have had the occasion to learn from their OB/GYN mom even that much about delivering a baby, to assist Oliver? And speaking of the ill-fated freshman drama….

21 | Who’s faring worst during these past few off-seasons: ABC, trying to launch a light-as-air sudser (e.g. Grand Hotel, Baker and the Beauty), or NBC laboring to come up with another This Is Us?